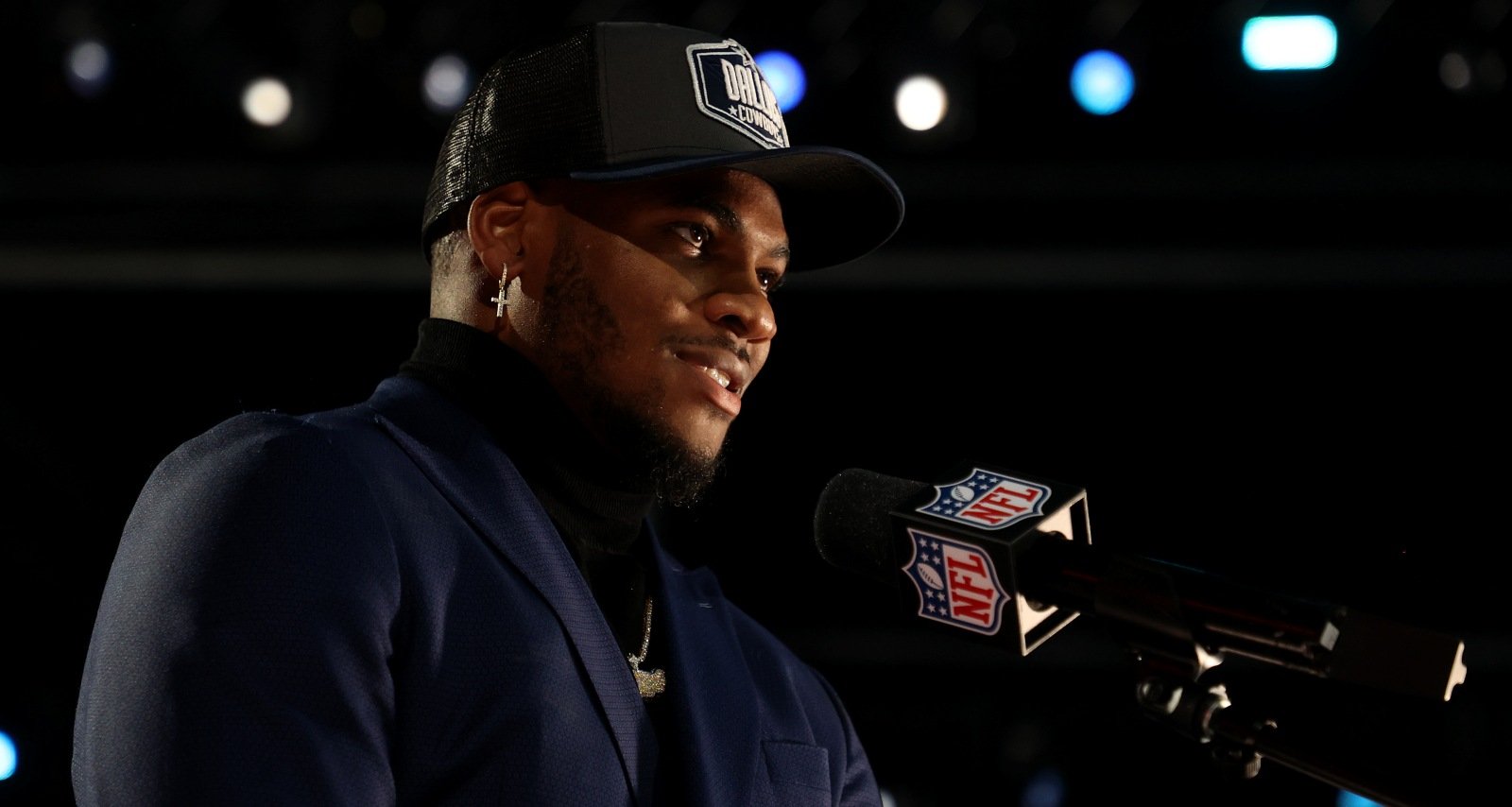 The Dallas Cowboys selected Micah Parsons of Penn State in the 2021 NFL Draft. But it was his little boy in a matching suit who stole the show. Parsons made it to the NFL against all odds and with his family’s unwavering support. Since the linebacker is now going pro, NFL watchers want to know more about his son and his family at large. So, we reveal all the details on Micah Parsons’ parents, siblings, and child right here.

Micah Parsons was born on May 26, 1999 in Harrisburg, Pennsylvania, where his family resides. He is one of three children born to Terrence and Sherese Parsons.

Terrence Parsons Sr. is the one who got his youngest son into football. When Micah was five, he got him into pee wee football, coached by the late Charles Chisholm.

Micah’s dad is a U.S. Army veteran and a coach in the Harrisburg School District. He also runs The Parsons Foundation, a nonprofit that helps underprivileged kids.

Terrence hoped to take the kids on a summer college tour through the foundation, but the pandemic halted those plans. Instead, he organized a drive to feed hundreds of kids.

Shatara is a former basketball player from California University of Pennsylvania. Since graduating in 2018, she has been working as a youth mentor and advocate at YMCA.

Micah welcomed his son, Malcolm, on May 1, 2018. He has said he is still with his girlfriend, the mother of his child, but wishes to keep their relationship and her identity private.

Micah gives plenty of glimpses at little Malcolm on his social media. And Malcolm also sported a suit that matched his dad’s on NFL Draft Day.