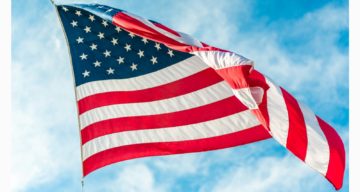 California State Assemblyman Rob Bonta has been nominated for California attorney general by Governor Gavin Newsom in March 2021. Undoubtedly, major credit for Bonta’s success goes to his family, especially his wife, Mialisa Bonta. Bonta’s wife has also been a major participant in public service, especially in the field of education. Together, they make for a couple their community looks up to. This Mialisa Bonta wiki elaborates more on her work.

Born Mialisa Tania Villafane on January 26, 1972, she is a native of California. Her mother, Enid Magali Rosario, is from New York.

Mialisa Bonta, who goes by Mia, graduated from Friends Seminary in 1989. She then studied psychology at Yale.

Before receiving her BA in 1993, Mia was an ethnic residential college counselor and an AYA Community Service fellow. She was also part of an acapella singing group.

She later attended the Harvard University graduate School of Education where she studied administrative planning and social policy. She returned to Yale in 1996 where she pursued child and youth advocacy and received her JD in 1999.

Youth advocacy and education has been at the heart of Mia Bonta’s career. In that spirit, she served as the city director of LEAP (Leadership, Education, and Athletics in Partnership) in Hartford, Connecticut, from 1993 to 1996.

Bonta joined the San Francisco Foundation where she was a program fellow and program resource director from 1999 to 2002. Soon after, she served as the associate director of strategic initiatives and legacy development at the Stupski Foundation, another social services organization, for almost six years.

Mia Bonta was the CEO of Breakthrough Collaborative, an organization that helps underprivileged kids with better education opportunities, from September 2007 to April 2009. She was later an advisor for executive transition for a few months in mid-2009. She subsequently worked with other entities working towards better education reform.

Bonta founded the Literacy Lab in 2014 to help disadvantaged children access learning resources. She remains the CEO of the Oakland-based organization to date.

In 2018, Bonta ran for the Alameda USD School Board, and is currently serving her four-year term as a board member. She also took the position of CEO at Oakland Promise in 2019.

Villafane and Bonta have been together for over three decades, since they were freshmen at Yale. They married on August 24, 1997, and have been married for 23 years.

The oldest, Reina, followed her parents’ footsteps to Yale. A varsity soccer player, Reina is part of the Yale soccer team while pursuing film and media studies. She expected to graduate in 2022.