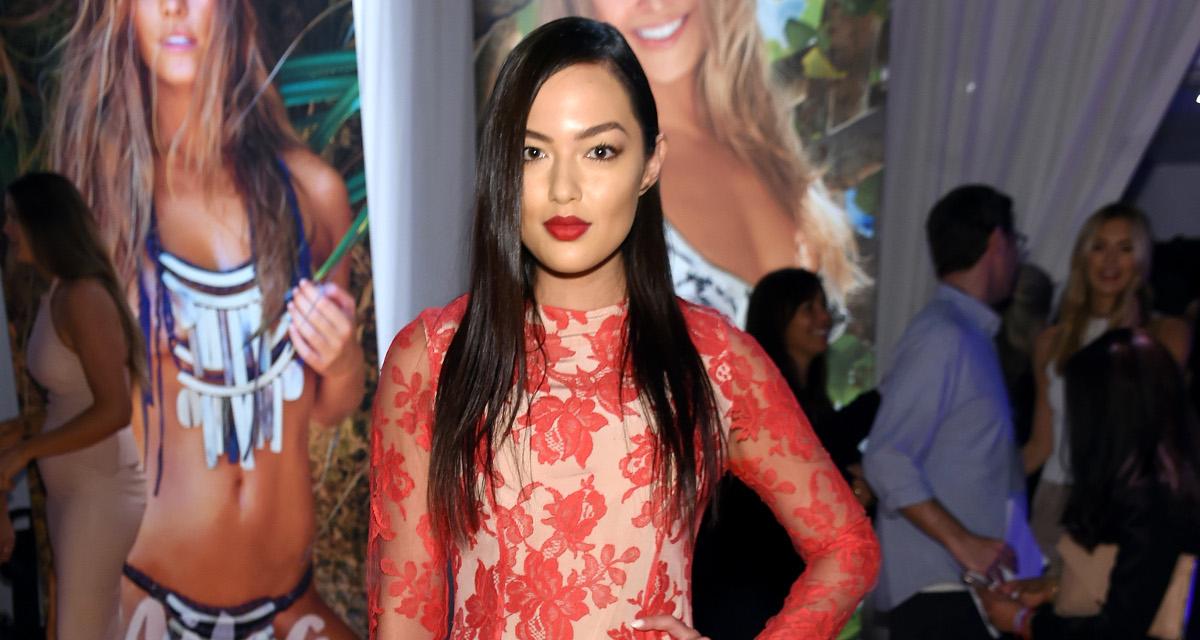 Mia Kang is an MMA fighter, model, Muay Thai champion, and an inspiration to many women across the globe. She has been promoting a healthy lifestyle with body and weight issues awareness for a couple of years now after she realized that being thin was not healthy!

Model and MMA fighter Mia Kang comes from a mixed-race background and has been an activist and a women empowerment speaker. When she gets into the ring, she is ruthless and fights to win. And when she’s in front of the camera, she’s a drop-dead gorgeous beauty!

She’s a woman on a mission, and we’ve got all you need to know about her here, with details from Mia Kang’s wiki. We’ve also gathered some of Mia Kang’s hot pics for your viewing pleasure, so keep reading!

Today, Mia Kang is mostly known for her exotic photo shoots with leading magazines, and the fit and healthy lifestyle she shows off on social media. But what most fans don’t know about is her troubled past with weight loss and anorexia.

Kang has been an avid supporter of groups who strongly oppose body shaming. She believes that every woman is beautiful in her own way.

As for her ethnicity, Mia Kang is South Korean and British and was born and raised in Hong Kong. The model now lives in New York City and has become a body icon for thousands!

Born on December 30, 1988, Mia Kang’s age is 29. She was raised in a dysfunctional household and elaborated on her troubled past in a TED Talk.

Kang said that she grew up in a home where abuse and addiction were regular. Her mother is South Korean, and her father is British. And since she was the youngest of five kids, she explained that she was always protected by her older brothers and sisters.

The MMA fighter also said that her parents were never really there while she was growing up and that she was an obese child. She was bullied for her overweight body when she went to school.

Eventually, Kang had to deal with all the trauma alone, as her siblings were all sent off to boarding school.

Did you know that Mia Kang had four pet turtles when she was a child?

Kang named all of them after the characters from the Teenage Mutant Ninja Turtles, which was her favorite show on TV. Unfortunately, her addicted mother threw them all off their balcony before little Mia came home from school one day to be with her pets!

When she turned 13, Mia Kang decided to lose weight. After she started working on her body, she had lost about half of what she used to weigh—anorexic almost!

Kang took on dance classes at the time, where her dance instructor put the idea of modeling into her head. She was introduced to a modeling agency and has been working for major brands and designers from all across the world since then.

The model graduated with a master’s degree in finance and financial law, which she studied at SOAS in London. After completing high school in Hong Kong, she traveled the world over for her modeling gigs. It was only when she took a break from it that she decided to earn her master’s degree.

Kang cemented her place in the modeling industry starting with Hong Kong. Now, it has been well over a decade that she has been a sought-after model.

“My education is the thing in my life that I’m proudest of. No matter what, no one can take that away from me. I plan on going back to either get my doctorate or an MBA,” the champion Muay Thai fighter said in an interview.

Left: size 2US 115lbs. Obsessed with my weight and my measurements. Avoided eating at all costs. Chain smoker. Only did cardio and concerned with burning calories. Depressed, anxiety and panic attacks, insecure, and constantly compared myself to other women. Thought I was huge and hideous. Uncomfortable in my own skin. Right: size 6/8US 170lbs. Happy. Healthy. Athletic. Strong. Never felt sexier in my life. Comfortable in my skin and never compare myself to other women as I appreciate all women's beauty and bodies. Eating so good. Quit smoking. Proud of the woman that I am. I'm trying to be the change that I want to see. #sizediversity #beautybeyondsize #womenempowerment

Mia Kang began her modeling career at the age of 13. In that course of time, she has worked with big names in the industry like Chanel, Guess, Marciano, and Nike. She has been on the covers of major fashion magazines like Harper’s Bazaar and Elle.

This 5’9″ beauty was obsessed with her weight when she was a child. And she explained how she would go on for days not eating much, trying to lose all the fat.

As she grew up and got into modeling, Kang became a smoker and did drugs to maintain her skinny figure. Because of the devastating lifestyle, she developed eating disorders like bulimia and became addicted to diuretics and laxatives.

Kang is currently a model with one of the most elite modeling agencies—Wilhelmnia. But she has also been associated with Cal Carries Models and Trump Models.

In 2016, Kang won the Sports Illustrated Swimsuit Model Search and appeared on the cover of the coveted magazine. She has also been photographed by the best in the world for magazines like Vogue.

Kang has even walked down the runway for some of the most inspiring designers in the fashion world today. And she has also been a catalog model for numerous brands.

Her job has taken her to some of the most interesting locations in the world like Seoul, London, Tokyo, Singapore, Milan, and more.

Kang has also appeared on TV shows like MTV’s Wild ‘N Out (opposite Nick Cannon).

Check out some of the hottest photos of this beauty right from Mia Kang’s Instagram below:

Does my sexiness upset you? Does it come as a surprise That I dance like I've got diamonds At the meeting of my thighs? – Mya Angelou

Mia Kang is a Muay Thai trained fighter in the MMA. She learned the native skill when she saw some Thai boys practicing it when she was on vacation in Thailand and asked if she could also learn.

“Muay Thai and living in a training camp and going through all that, it taught me to respect my body,” Kang said when explaining why she started learning the skill.

Kang’s pro career started as she was training, and some promoters approached her. She has been professionally fighting for over a year now and has seen many TKO wins!

After her success in fighting, Kang was highly motivated to try MMA. According to the official website, she hired Malki Kawa in 2017, who would manage her entity.

The MMA fighter is focused on furthering her skill set in Muay Thai, along with training in wrestling and jiu-jitsu.

Kang’s workout routine is very strict, and she mixes different forms of workout. She said she alternates “between jogging, spinning, pilates, yoga, barre, and boxing.”

When she is in Thailand, Kang reportedly trains for about six hours a day. But her training hours are reduced to three a day when she is home in New York. She works extra hard and eats clean always as she admitted to having a very big appetite.

Kang is also an avid surfer, hiker, and skateboarder, and loves to maintain a fit and healthy body instead of obsessing over being skinny.

Mia Kang has made sure that she is viewed in a very different light as compared to her contemporaries. She is not your run-of-the-mill model who’ll do anything to conform to the beauty standards that are prevalent in the society today.

Kang has a strong mindset to help other women realize their true potentials and not follow what is being told. She wants to make sure people get to know her story, her and troubles with weight and body shaming so that they can get inspired.

The 29-year-old has repeated her story (several times) for magazines, on YouTube, at a TED Talk, and on her own website and social media pages. She wants to let all the women who could be facing exactly what she broke free of that they need to respect their bodies and mind.

Kang said that she was always criticized for her thighs and hips. But since she took up fighting, her thighs are her biggest advantage!

Mia Kang says martial arts saved her life and wishes that she was introduced to it earlier.

Follow this fighter girl on social media and join her in becoming a body activist!