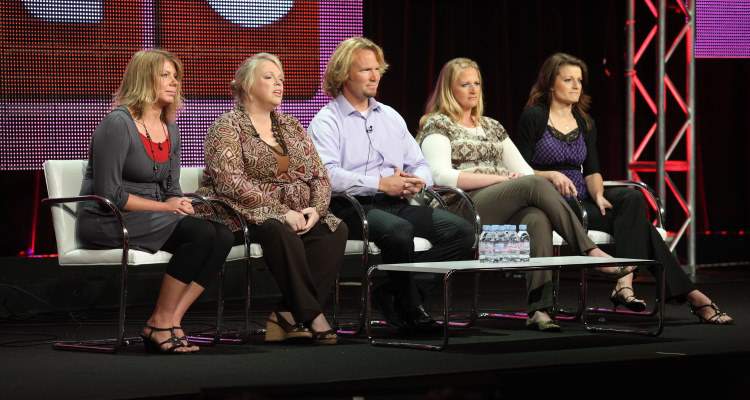 Sister Wives star, Meri Brown wants to open her own bed and breakfast in Utah. After announcing her plans, fans are wondering how the rest of the family reacted to her idea and whether or not she has their support. Will she be successful in convincing them that it’s a good idea? Read our Meri Brown wiki to find out everything you need to know about how the reality star is doing since her infamous catfishing scandal!

Meri Brown of Sister Wives fame has certainly endured a great deal of hardship in the past few years. It all started when she started feeling detached from the rest of the Brown family including the family patriarch/husband, Kody. He then decided to divorce her so that he could legally wed the last addition to his clan, Robyn, and officially adopt her three children. Following that, Meri fell victim to an infamously shameful and cold-hearted catfishing scandal that nearly tore her completely apart from the family. It’s no secret that from the very beginning of the hit show, Meri has very obviously been the odd one out of the family, despite being Kody’s only legal wife for nearly 30 years.

However, she’s still managed to become a fan favourite and win the affections of everyone who watches Sister Wives. Keep reading our Meri Brown wiki to find out everything you need to know about everyone’s favourite sister wife.

Making Her Mark on the World

From the very first season of Sister Wives, one thing has always been clear: Meri Brown stood out from all of the other Brown family matriarchs and it’s not just because she was Kody’s first wife. There’s obviously a lot more to her than that.

Meri has always been a fan favourite perhaps because she’s always been extremely relatable and driven to make her mark on the world. She’s expressed from the get-go that she wanted to do something outside of the family, something that’s all her own.

Given the recent scandals that she’s been plagued with in the past few years. From the catfishing incident to her emotional reaction to her daughter, Mariah, coming out on the show, it’s no wonder that Meri has feels detached from the rest of the family and feels the need to branch out on her own. It was this ambition that fuelled the fire in her life to start a few new business ventures. She began participating in the sale and promotion of an awesome clothing line called Lularoe, which she promotes extensively on Instagram.

On top of that, in one of the teasers for the latest season of Sister Wives, Meri confides to her sister wives and Kody that she wants to open her own bed and breakfast in the same house where her grandmother grew up. There’s only one catch: the house is all the way in Parowan, Utah, which is over three hours away from the family’s current Las Vegas home.

Christine, Janelle, and Robyn are all immediately on board with the idea because they can see how thrilled and excited Meri is at the prospect of it. But Kody has other, more practical concerns in mind.

“The reason my concern is there is because every bed and breakfast that I’ve ever known of was family run, family owned. So it doesn’t afford the ability to have employees, you usually have to do the work yourself and so I’m sitting there going, ‘Meri, it’s 3 hours away. How are you going to manage it?’” Kody said during a confessional interview on the show.

During the family meeting regarding the subject, Kody put a damper on the upbeat mood by commenting that he “really [wants] to see a business plan on it.” He explained that while the family could certainly consider this business idea, it “sounds all nostalgic right now” and he’s “not inclined to do business on nostalgia.” He also continued to emphasize the immensely inconvenient distance between the family’s residence and this property.

One of the main controversial points of the show is that it tends to break a lot of cultural and religious norms that are typically affiliated with the polygamist lifestyle. Within this tradition, the patriarch is usually responsible for providing sufficient living quarters and financial means for all of his wives and their children.

The Browns do things a little differently, though. In their case, the wives are all equally responsible for the financial well being of their families, which means that each woman is expected to have her own career.

Despite having reached international fame as a reality TV star and having accumulated a few different business ventures, it is reported that Meri Brown currently only has a net worth of about $400,000.

Here’s hoping that Kody eventually comes around on her aspirations to open and operate her own bed and breakfast. Who knows; maybe she will be able to make enough money from her restaurant and clothing line to make her dreams come true!