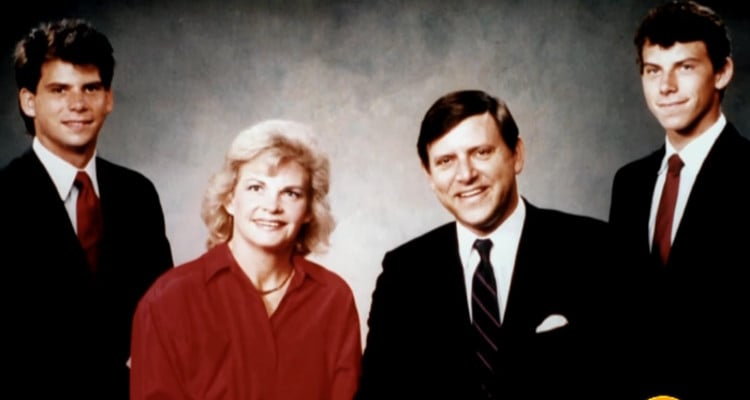 The first trailer of Law & Order True Crime: The Menendez Murders is out. The show promises to reveal the true story behind the murders of multi-millionaires Jose and Mary Louise Kitty Menendez, for which their sons Lyle and Erik were accused and tried for. We have the details on where the Menendez brothers are now.

Back in 1989, brothers Lyle and Erik Menendez were convicted of killing their parents. Their father, Jose Menendez was an entertainment executive and their mother, Mary Louis “Kitty” Menendez was a former schoolteacher. Their high-profile trial was turned into several films and was featured in various shows.

Joseph Lyle Menendez was born on January 10, 1968 in New York and Erik was born on November 27, 1970 in New Jersey. Their mother Kitty decided to quit her job as a schoolteacher to raise her children.

In 1987, Erik went to high school in Calabasas, where he had average grades but was exceptionally talented in tennis, as was his brother. Lyle went to Princeton University, but was on academic probation and was suspended on plagiarism allegations after his freshman year.

The evening of August 20, 1989, 21-year-old Lyle and 18-year-old Erik shot and killed their parents in their Beverly Hills home, at 722 North Elm Drive. After firing over a dozen shots, the two waited briefly before calling the police. Authorities initially believed the crime to be a mob hit, with Erik naming Noel Bloom, a member of the Bonanno organized-crime family, as a suspect.

Months after their parents were murdered, both brothers lavishly spent their parents’ money, which raised suspicion. It was discovered that they spent $1.0 million in the first six months after the murder of their parents. Erik later confessed to the murders to his psychologist, Dr. Oziel, who recalled Lyle “acting menacing” after joining them later that day. Oziel’s ex-girlfriend was the one who notified the police, as he disclosed some information to her. On March 8, 1990, police arrested Lyle Menendez and, after flying down from Israel, Erik Menendez surrendered himself.

Why Did the Menendez Brothers Kill Their Parents?

During their trial, Erik testified that both he and Lyle were afraid of their father. He went on to say that Jose Menendez sexually abused his sons and they believed that he would have killed them to prevent them from telling anyone. Kitty Menendez reportedly knew about the alleged sexual abuse.

Lyle and Erik Menendez were tried separately. In 1996, both were convicted of murder and sentenced to life in prison, without the chance of parole. They appealed their case over the following decade, but it was denied each time.

Where are the Menendez Brothers Now?

Although both brothers are serving jail time, both are married. On July 2, 1996, it was reported that Lyle Menendez got married to his long-time pen pal and former model, Anna Eriksson. They divorced in 2001, and in 2003, Lyle married Rebecca Sneed, a magazine editor. In 1999, Erik Menendez married Tammi Ruth Saccoman, who visits Erik with her daughter, Talia. Both brothers are in the California Department of Corrections and Rehabilitation System. Lyle is serving his life sentence at Mule Creek State Prison in Lone, and Erik was at the Pleasant Valley State Prison in Coalinga, before being transferred to Richard J. Donovan Correctional Facility in San Diego.