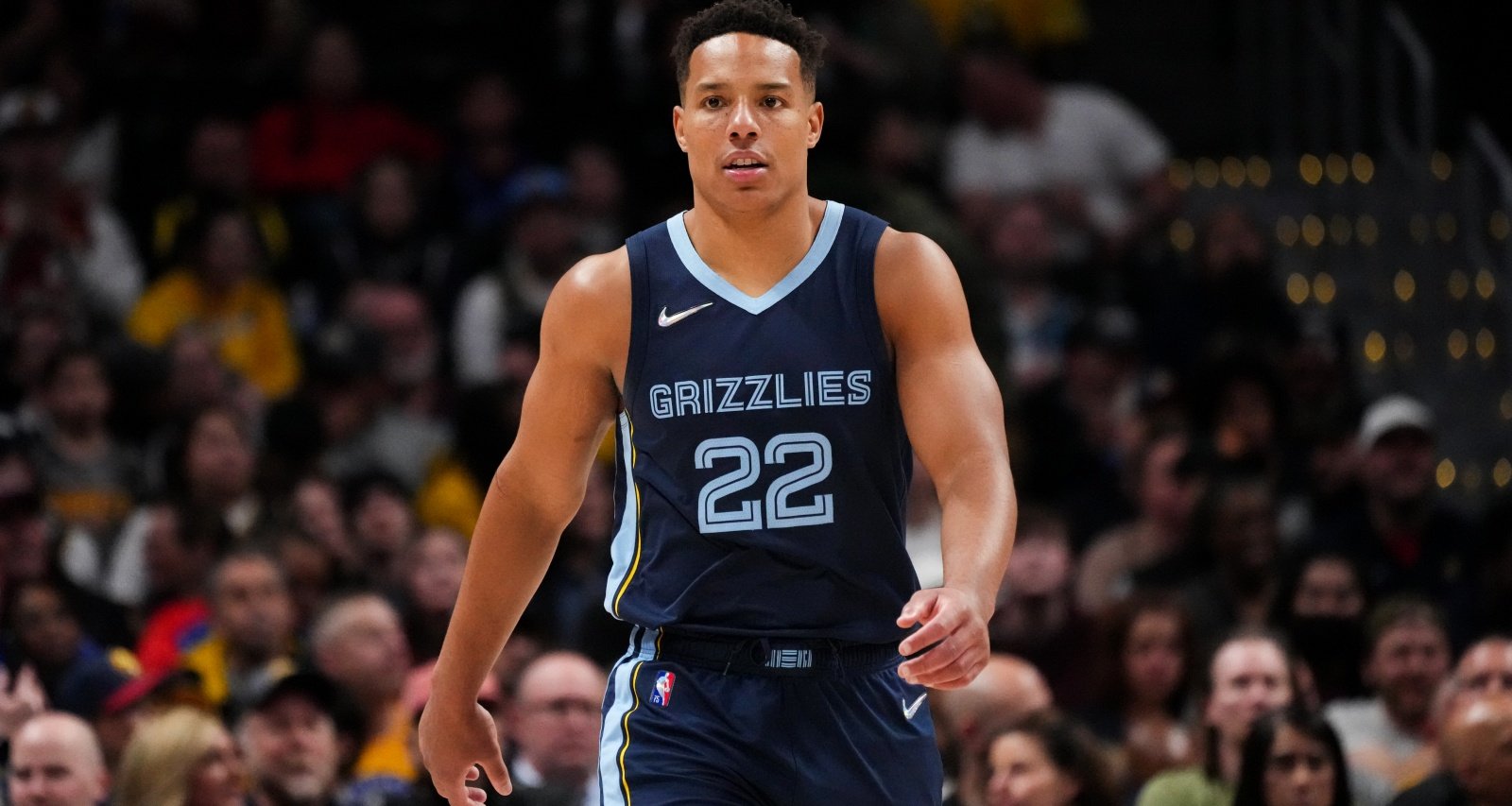 Desmond Bane #22 of the Memphis Grizzlies walks up the court against the Denver Nuggets at Ball Arena on April 7, 2022 in Denver, Colorado. NOTE TO USER: User expressly acknowledges and agrees that, by downloading and or using this photograph, User is consenting to the terms and conditions of the Getty Images License Agreement. (Photo by Ethan Mito/Clarkson Creative/Getty Images)

Desmond Bane is throwing his all into the 2022 NBA playoffs, even though his lower back soreness was downgraded to questionable. However, there’s great news for the Memphis Grizzlies star on the personal front. Although he’s low-key about his romantic life, fans still get glimpses of Desmond Bane’s girlfriend. Tatum Talley is an inspiration to her social media followers, and Grizzlies fans want to know more about this stunning WAG and their growing family. For all those curious about Desmond Bane’s special lady, we have all the details on her background in this Tatum Talley wiki.

Born on November 14, 1997, Tatum Talley hails from Texas. She is one of three children born to Lisa Tuttle Talley and Charles Sean Talley.

The Talley family is based in Rhome outside Fort Worth, Texas. Tatum’s parents ran a company supplying aerospace products there.

Tatum’s family went through a sudden tragedy in 2017 when her father, Charles, better known as Sean Talley, passed away. According to reports, Sean suffered fatal injuries caused by a buck fallow deer while he was inside a pen on the Talley family property.

First responders reportedly found Sean in a high-fenced area where multiple deer were located. He had several puncture wounds in his abdomen believed to be caused by deer antlers. He was dead on the scene.

Sean Talley was survived by his wife, Lisa, their children, Jordan, Tatum, and Hayden, and his parents, stepparents, and siblings.

In an interview a year after her father’s passing, Tatum said, “For over the past year and a half, I have been struggling through the stages of grief due to the tragic and unexpected death of my father Sean Talley. In March of 2017, our lives were forever changed. Our family at first seemed ruined, hearts were broken and people looked at us in a way that appeared as if we couldn’t be helped. People were so giving and offering of their kindness that it became overwhelming.”

After graduating from Northwest High School in 2016, Tatum Talley attended Texas Christian University. She graduated in 2020 with a B.A. in Communication and Media Studies.

Currently, Tatum has limited activity on social media and has set her Instagram to private status. This may have to do with her growing family.

Bane revealed his girlfriend on social media in 2022. However, Talley has posted very few pictures with him on her own social media since 2021, so their relationship went under the radar.

There’s something else that Grizzlies fans might have missed—Desmond Bane is going to be a dad! In February, the couple revealed on Talley’s Facebook page that they are expecting their first child together.

Tatum Talley is pregnant with a little boy. She revealed that her due date is on July 4, after the 2022 NBA finals.