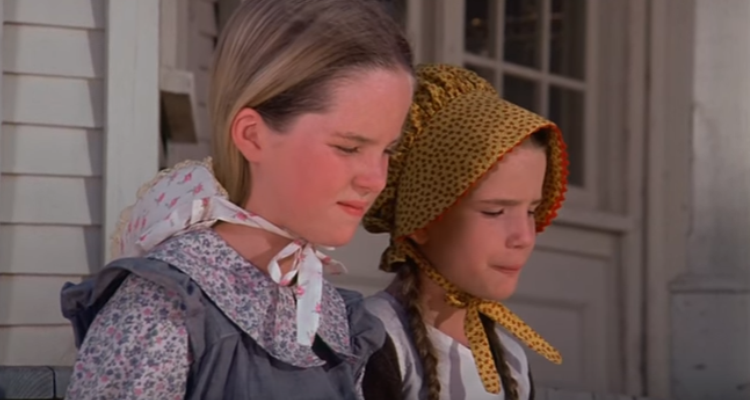 During the 1970s and early 1980s, arguably no show was more popular among kids and parents alike than Little House on the Prairie. This show gave us early performances from young unknown actors at the time that would go on to have highly successful and high-profile careers in entertainment. Countless child stars got their start on this show as guest stars, including the likes of Jason Bateman and Shannen Doherty. Even members of the main cast have gone on to have lucrative acting careers after the show’s end. One child star in particular, though, was already on her way to becoming a household name, long before she ever starred on the beloved TV program. Melissa Sue Anderson has countless formidable acting credits to her name, but it was her role as Mary from Little House on the Prairie that shot her into the limelight, and she hasn’t slowed down since! But where is Melissa Sue Anderson now? Keep reading our informative Melissa Sue Anderson wiki to find out!

Life Before and During Little House on the Prairie

Born on September 26th, 1962 in Berkeley California, it was obvious from a very young age that the 54-year-old actress would go far in showbiz. When she was a child, her parents had enrolled her in a dance class and the teacher absolutely raved about how talented Melissa was, urging them that they needed to send her out to audition for acting roles. Like most child stars of her era, Melissa broke into the industry by booking small spots in commercials. She then went on to take minor, but notable roles on the popular TV shows Bewitched and The Brady Bunch. Eventually, she began to make a name for herself in the entertainment industry and producers of the upcoming show Little House on the Prairie took notice. She played the character of Mary for eight seasons and left just before the ninth (and final) season began filming to pursue other acting opportunities and side projects. Although she returned to the show intermittently during its final season to reprise her role, Anderson mainly focused on finding other acting jobs.

Melissa Sue Anderson played the character of Mary (a blind girl) so authentically, that in 1978, she was nominated to win an Emmy for Lead Actress in a Drama Series. Even though she didn’t win the award, it was the only time any actor from the show ever got recognition from the Emmys.

Check out this classic pic of Melissa Sue Anderson as Mary Ingalls and Melissa Gilbert, who played her younger sister, Laura, on Little House on the Prairie.

What is Melissa Sue Anderson up to today? Keep reading to find out!

After her kids, Piper, 26, and Griffin, 20, were born in the 1990s, Melissa Sue Anderson decided to take a bit of a break from show business to focus more on raising her family with her husband, Michael Sloan. In 2002, they moved to Montreal, Canada and officially became Canadian citizens in 2007. Even though the blond haired, blue-eyed beauty has taken a long hiatus from the entertainment industry to raise her two kids, there’s still a very good possibility she’ll make a comeback soon. In 2006, she appeared in the NBC miniseries 10:5 Apocalypse and in 2010, she wrote a memoir entitled The Way I see It: A Look Back at My Life on Little House. The book commemorates her time as a child star while working on the show that almost singlehandedly kick-started her career as an actor.

Anderson, who admittedly felt very isolated from the other child stars on the set of the show (simply because she had nothing in common with any of them, including Melissa Gilbert), barely mentions her peers in her book. She does, however, mention her costar and TV dad, Michael Landon at length, talking about his alcoholism and how it affected his attitude on set. Ultimately, she had a great deal of respect for him and chalked up his issues to his negative upbringing. She remained close with him until his death in 1991, which was caused by pancreatic cancer.

Here’s proof Melissa’s still got the looks of a star, even at age 54!

How Much is Melissa Sue Anderson Worth Today?

According to The Richest and Celebrity Net Worth, Melissa Sue Anderson’s net worth as of 2013 is about $1.5 million. Not bad for someone who hasn’t been taking on many acting roles in recent years! Here’s hoping we’ll be seeing more of Melissa on TV in the near future!