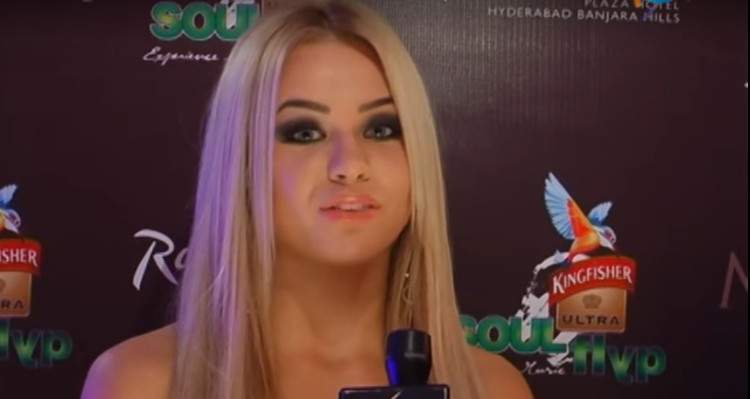 Melissa Reeves is from Liverpool, England and was interested in music and acting at a young age. When she was 18 years old, she tried her hand at DJing and it soon became her passion. Since then, she has been spinning vinyl at famous clubs all over the world. She was a participant on the shows Ex on the Beach and The Challenge: Vendettas, where she showed that nobody starts a fight with her and walks away! Living a busy and fun life, Melissa Reeves is on a roll! We’ve got all you need to know about her here!

On the last episode of The Challenge: Vendettas, there was a huge cat fight between two rookie contestants, Melissa Reeves and Kam Williams. Nobody knows how the fight started, but all eyes turned to them as Williams got into Reeves’ face, threatening to tell her what other people in the house really thought about her.

Not one to be outdone or put down, Reeves tied her hair back and got right in Williams’ face as everybody crowded around them. In the end, the much-expected fight did not happen, but both women had it out with each other.

This has people wondering more about the spunky blonde. We have some details from Melissa Reeves’ wiki, right here.

Born on April 27, 1992, in Liverpool, England, Melissa Reeves’ age is 25.  She was raised in the land of the Beatles, which could be the reason why she has a strong passion and talent for music!

Winner of Many Beauty Pageants

Tonight is the night!! #TheChallengeVendettas @ChallengeMTV who’s excited!? I am ? I’ll be doing an Instagram live in an hour whilst I wait for the show to begin!! Tune in with your questions about tonight’s show ?

Reeves started participating in local beauty pageants at the age of 17. She did well and won several titles like Miss Galaxy England, Miss Teen World, Miss Liverpool Galaxy, and Miss Cheshire. In fact, she’s won over 18 beauty pageants so far. Beat that!

She was also interested in the arts at a young age and worked hard on her acting, singing and DJing skills. She honed her talent by studying at The Carol Godby Theatre Workshop and The Chilton School of Dance and Drama.

A Passion for DJing

Reeves started to DJ at the age of 18 and realized that she had a real passion for it. She put in long hours and soon became a name to reckon with in the British music scene. Her DJing career took off and has since allowed her to play at some of the world’s most premier clubs in countries like America, Australia, Bahrain, India, and all around Europe.

Reeves is also a blogger who appeared on MTV’s Ex on the Beach season 2, where she had a very good experience. She later appeared in season 5 in what looked like an attempt by showrunners to boost up ratings. She later described her time there as “similar to being in school. People had their clicks especially the girls [sic].” Reeves’ blog focuses on beauty tutorials among other things and is very popular among her fans.

I already accidentally posted this in an album so I might aswell Just post it here normally?

Having the Time of Her Life!

Her social media accounts feature pics of Reeves with her friends, at her shows, and with her The Challenge: Vendettas co-stars. She also has a few motivational messages. The DJ is having the time of her life right now playing at gigs, modeling, acting, singing and, of course, getting into fights. More power to her!