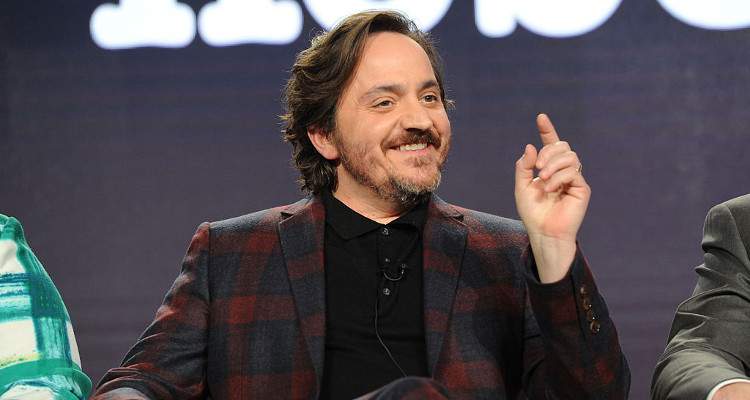 Ben Falcone started his journey in entertainment first by acting in TV shows, and later in films. Small parts led to bigger roles as Falcone made his mark as an actor and comedian. He later branched out into writing, directing, and producing, and even launched his own production company, On the Day, along with his wife, Melissa McCarthy. Ben Falcone’s net worth is a modest $2.0 million, and he is busy with his creative pursuits in Hollywood. Read on to learn all about him!

Melissa McCarthy’s husband, Ben Falcone is in the news for his upcoming film Life of the Party, which he directed and co-wrote with his wife. The film is scheduled for release on May 11, 2018.

Melissa McCarthy and Ben Falcone have worked together several times in the past. The husband-wife duo are one of the better-known couples in Hollywood. Though McCarthy finds herself in the spotlight more frequently than Falcone, he is still recognized for his work. People are curious to know more about the man who Melissa McCarthy is married to, so we have some details from Ben Falcone’s wiki.

Born on August 25, 1973, in Carbondale, Illinois, to Peg and Steve Falcone, Ben Falcone’s age is 44. The actor, comedian, and filmmaker began his career in entertainment in 2003, when he appeared as a lawyer in Gilmore Girls. He then appeared in several TV shows like Joey, Bones, Up All Night, Happy Endings, Go On, New Girl, and A to Z.

Falcone also wrote the script for 14 episodes of The Looney Tunes Show between 2011 and 2012. He was also the writer, director, and executive producer for 12 episodes of the TV show, Nobodies in 2017.

Finding His Footing in Hollywood

Falcone got a start in films with a small role in Cheaper by the Dozen 2. Since then, he acted in films like The Nines, Bridesmaids, What to Expect When You’re Expecting, Identity Thief, The Heat, Enough Said, Bad Words, Spy, and Office Christmas Party. He also wrote and directed films like Tammy and The Boss.

2018 already seems to be a good year for Falcone, as he has two films coming up for release: Life of the Party and The Happytime Murders. He is also the writer, director, and producer of Margie Claus, which is slated for a 2019 release, and is expected to star his wife!

Also Read: Melissa McCarthy Net Worth, & 5 Facts to Know about the $20.0 Million Comedian

Thanks to his regular work on TV and film, as well as his multiple talents, Ben Falcone’s net worth in 2018 is currently a modest $2.0 million. However, because he is a hard working man of ideas, his net worth is expected to rise in the future.

Falcone married his longtime girlfriend, Melissa McCarthy on October 8, 2005, and the couple have two kids of their own. Ben Falcone’s kids are Vivian (born May 2007) and Georgette “Georgie” (born March 2010). Vivian already made her acting debut by playing the younger version of her mother’s character in 2016’s The Boss.

We met the First Lady today! What an honor! #collegesigningday

Falcone and McCarthy founded the production company On the Day, in 2013. Together, they launched the film Tammy as their first project. Falcone is focused on his entertainment career and contributing on multiple levels as an actor, writer, director, and producer. With a work-mate and talented wife like McCarthy, and a big bag of funny and innovative ideas, Ben Falcone looks all set to leave his mark on Hollywood!