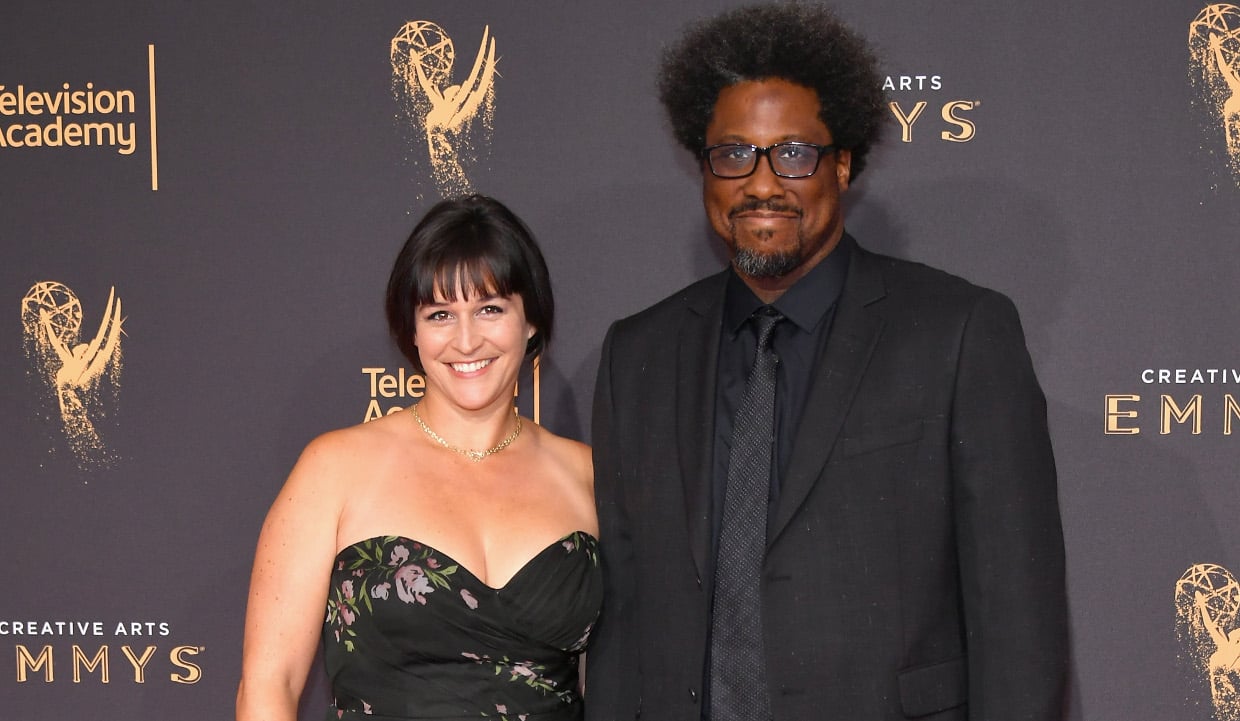 Dr. Melissa Hudson Bell is married to stand-up comic W. Kamau Bell. She is a woman of substance who has established a career for herself in the field of dance and fitness. So, it comes as no surprise that the comedian was impressed with her in the first meeting.

For those of you who are not aware, Walter Kamau Bell, who is better known as W. Kamau Bell, is married to a self-made woman, Melissa Hudson Bell. She is a teacher, choreographer, and a performer in Berkeley, California.

Like her husband, Melissa Hudson Bell is very passionate about her career and is a mother of two beautiful daughters.

Melissa Hudson Bell Has a Ph.D. in Dance

Melissa Hudson Bell graduated with a Bachelor of Arts degree in Theatre Arts from Santa Clara University in 2001. She completed her Master of Fine Arts in 2009 from UC Riverside.

Her quest for education didn’t die after pursuing her Master’s degree. So, she acquired her Ph.D. in 2013 in Critical Dance Studies from UC Riverside.

Hudson and W. Kamau Bell Met Through a Friend

The way the couple met each other is very sweet. Bell was directing a one-person show that starred one of Hudson’s good friends. Her friend, Jill, asked Hudson to look after the tech booth.

Jill informed Bell that Hudson is a college student and told Hudson that Bell is a theater director. He explained then that he was a struggling comedian. 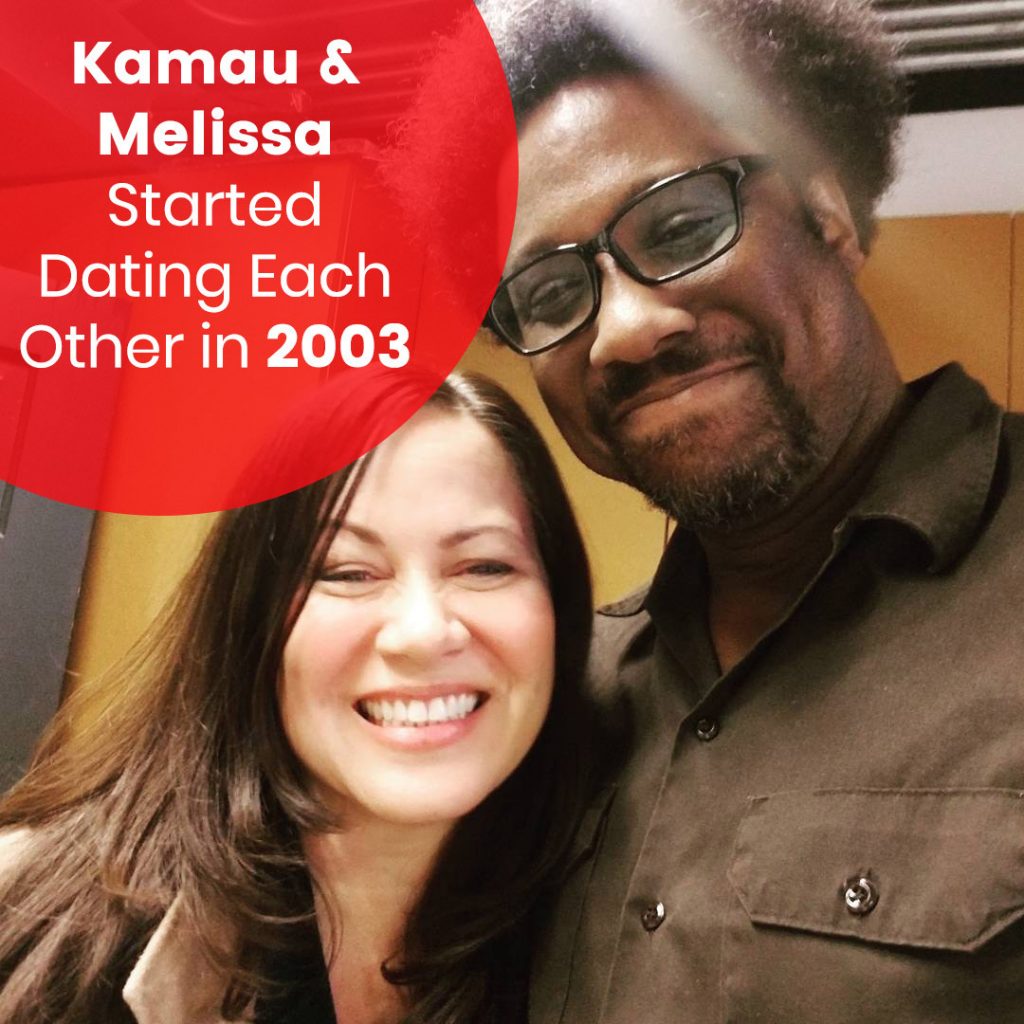 The twist in their story is when they met each other. Both were completely surprised because Bell imagined Hudson to be a 19-year-old college student. Meanwhile, Hudson thought that Bell would be an older theater director.

Gradually they became friends and started dating each other in 2003.

Hudson and Bell Have Two Daughters 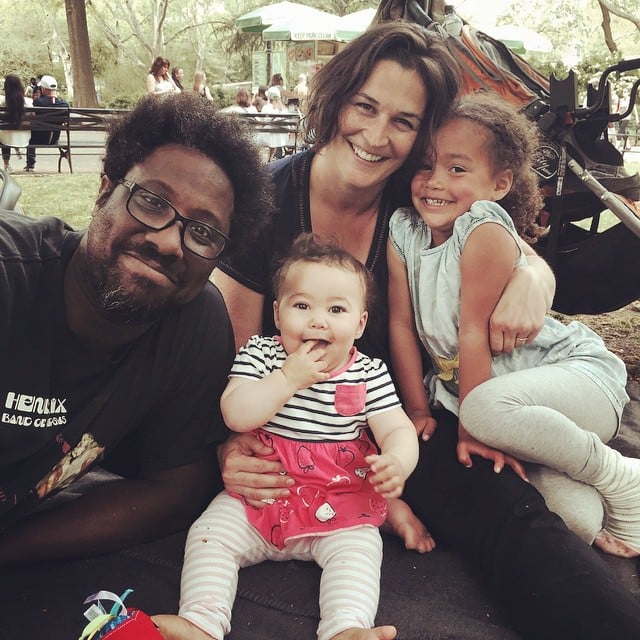 In an interview, Bell revealed that they met each other in the San Francisco Bay area, where not everybody was happy or cool with interracial relationships. He explained that their friends were never against their relationship and were very supportive.

However, that does not mean that their families were cool with it.

Bell said that the elders in their family were still of the view that the races should not intermix. The couple struggled a lot to convince their families and had awkward conversations, which affected their relationship, too.

However, the pair never gave up on their love and relationship, and they finally walked down the aisle in 2009. They have two beautiful daughters, Sami Bell and Juno Bell, who they love to death.

The one thing that Hudson absolutely adores about her husband. He cooks a lavish breakfast for their daughters and even packs an interesting lunch for school when he’s not busy.

In the same interview, the couple spoke about their marriage and said, “The one thing we have learned is that committing to a marriage takes more flexibility, more creativity, more humor, more forgiveness, more compassion, and many more pints of late night ice cream than we ever imagined. It’s hard. Period. But it’s that same hard stuff that has revealed the infinitely interesting depths of really loving someone as they are.”

Hudson Is a Pilates Instructor

Currently, Hudson is juggling a lot of things. She is researching the overlap between performance culture and food culture.

Additionally, she lectures on modern dance at Santa Clara University, which she started doing in August 2010. She also contributes her time to research.

At present, Hudson is busy with her dissertation project, Audience Engagement in San Francisco’s Contemporary Dance Scene: Forging Connections Through Food. The project inspects how choreographers and dance programmers use food and dance to arouse concert dance spectatorship.

Hudson is also working on a book project that delves deeper into the research.

Her other project, My Gutsy Series, embodies research in the form of salon-style dance. Guests are invited to share food at the event, which is designed to frame the dance presentations.

Hudson shared her views on dance and said, “I am interested in dance as an art form, field of critical inquiry and agent for social change. Dance events that are experimental, accessible, and collaborative.”

She is a choreographer at BreadnButter Dance Company and has performed at different events like Dance Lovers, Canvas Underground: Porchetta, and many others.

Her brilliant work has affiliated her with different groups like the California Dance Network, Slow Food Nation, the Society of Dance History Scholars, the Congress on Research in Dance, and Emerging Arts Network.

She Has Won Multiple Awards 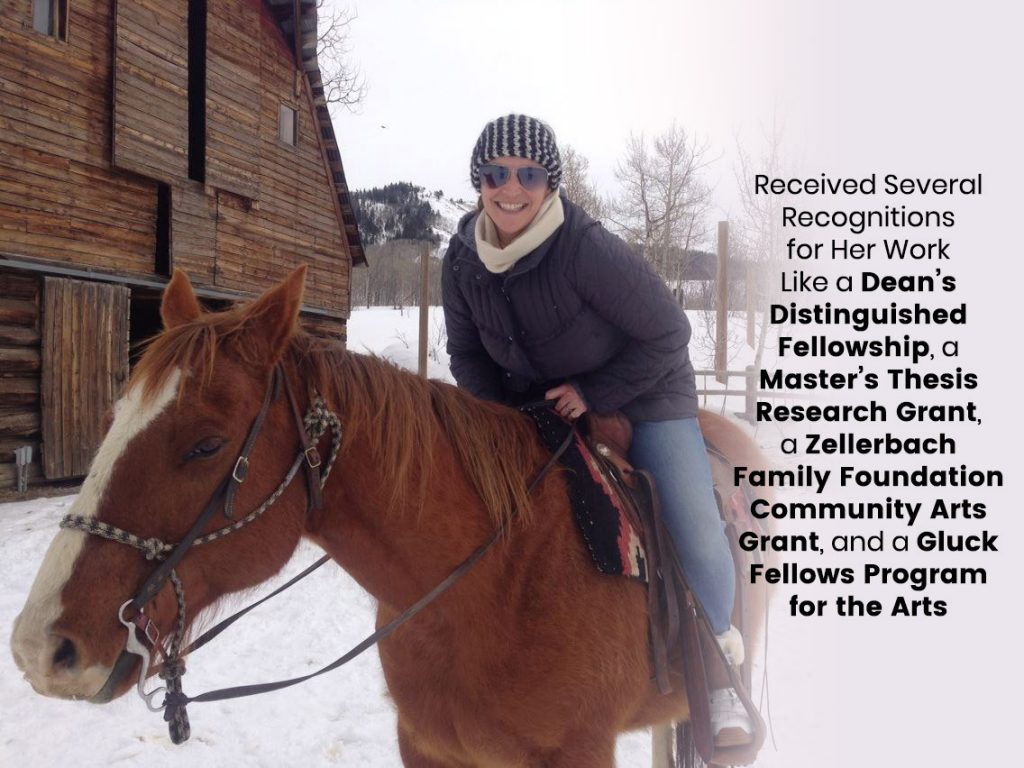 Throughout her career, Hudson has received several awards and recognition for her work like a Dean’s Distinguished Fellowship, a Master’s Thesis Research Grant, a Zellerbach Family Foundation Community Arts Grant, and a Gluck Fellows Program for the Arts (MoveMore).

Bell and Hudson Experienced Implicit Bias at a Restaurant

Even though we are living in the 21st century, racism in the world still exists. Sadly, Bell and his wife, experienced this first-hand on January 26, 2015.

The couple went to a restaurant called Elmwood Café in Berkeley, California, for a birthday breakfast. After the breakfast celebration, Bell left while his wife stayed and met her friends for lunch at the same place.

Bell bought a book, The Case for Loving: The Fight for Interracial Marriage, from a bookstore and went back to Elmwood to meet his wife and friends.

He didn’t buy a bag for the book, and when he walked over to his wife, she introduced him to he friends. One of her friends asked about the book, and he showed it to her.

A few seconds later, one of the employees knocked on the window from the inside of the café. The employee was staring angrily at Walter, and she asked him to leave.

Bell was embarrassed and a little furious.

The waitress thought that since Bell was African-American and Hudson and her friends were white, he was either begging for money or trying to sell them something. Needless to say, Hudson was very angry.