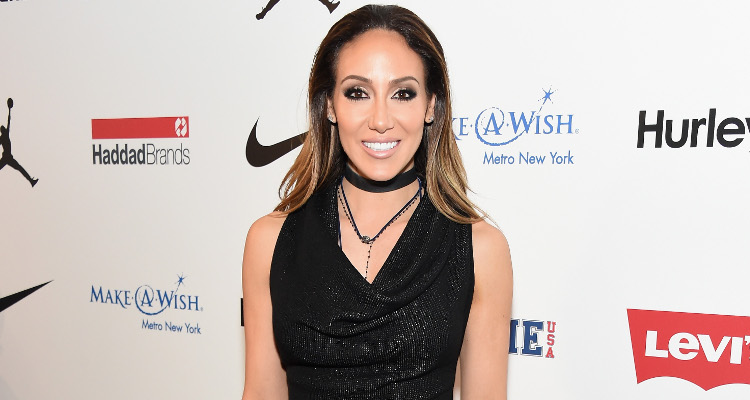 Melissa Gorga from Real Housewives of New Jersey celebrated Halloween with her kids, not her co-stars. Whether it was to spend quality time with her family or take a break from the drama is anyone’s guess. We have everything you need to know about Melissa Gorga from RHONJ.

Born Melissa Ann Marco on March 21, 1979, Melissa Gorga’s age is 38. She is of Italian descent and is from New Jersey. Not a lot is known about her childhood, but we do know that she graduated from New Jersey City University with a B.A. in elementary education.

Head over to @usweekly .com for all my tips on staying fit & finding the best swimsuit for your up coming vaca’s ?www.usmagazine.com/stylish/news/rhonjs-melissa-gorgas-bikini-body-secrets-w509217

In 2011, Gorga joined the cast of Real Housewives of New Jersey, along with her husband. The show is in its eighth season, which premiered on October 4, 2017. Aside from reality TV, Gorga tried her hand at a music career. Her debut single, “On Display” was released on iTunes in 2011.

She even released a four-song EP, with three additional singles in 2012: “How Many Times,” “Rockstar,” and “I Just Wanna,”  which was written by and featured hip-hop singer, Santino Noir.

In 2016, Gorga revealed that she was putting her music career on hold, saying she is open to revisiting it in the future. “I haven’t made a song maybe in like a couple years now. That was super fun, it was something super exciting for me that I loved and that I’ll cherish and I enjoyed. That was a true dream to be able to have that and be able to have those songs that my kids play in my house and sing to. I love that I did that [but] I don’t think I’ll continue with that for now,” Gorga said adding, “Never say never, you know? I may get back in the studio one day but for now, I’m focusing here.”

Here's a pic in Boca from tonight's #rhonj? You'll be able to tell from my face expressions how I feel about the convo? 9pm!

In 2013, she released her book, Love Italian Style: The Secrets of My Hot and Happy Marriage. The following year, she started her own jewelry line on HSN TV. A year later, she started her clothing boutique, Envy by Melissa Gorga, located in Montclair. In 2017, her family, opened a restaurant, Gorga’s Homemade Pasta and Pizza, with Teresa Giudice in East Hanover.

Melissa Gorga’s net worth is estimated at -$1.5 million. Five years ago, it was revealed that her family was in debt, after it was revealed that she and her husband owe creditors a lot of money. Reportedly, the pair needs to pay Sterling Bank $2.25 million for their mortgage. It is not known whether or not their financial situation has improved.

Gorga married Real Housewives of New Jersey star Teresa Giudice’s brother, Giuseppe “Joe” Gorga, a real estate developer who also appears on the show. The couple walked down the aisle in 2004 and have been married for almost 13 years. The pair have three children together: Antonia, who is 12 years old; Gino who is 10; and seven-year-old Joey. Melissa Gorga is reality star Kathy Wakile’s cousin-in-law.

Welcome to my circus?? Halloween 2017 such a fun night last night!!

There was a lot of speculation about Melissa Gorga getting plastic surgery. For a while, she seemed to dodge the questions successfully. But in 2016, she came clean saying, “Let’s be honest, it’s the worst-kept secret that I’ve had a nose job, but it’s my secret to tell, not [Jacqueline Laurita’s].” She further added, “It’s not hurting anyone. It’s your own business. Some people like to say, ‘Hey, I injected this, tummy tucked this,’ and that’s fine, too. It’s something that’s personal to me. It’s one of the very few things that is personal in my life at this point.”