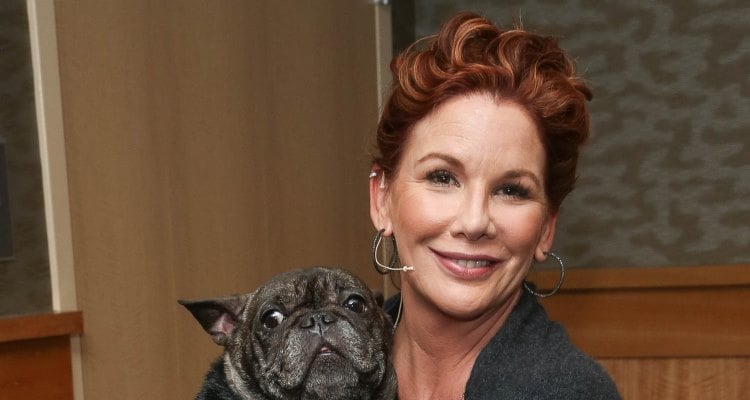 Growing Up on the Small Screen

From the time she was about 10 years old until the tender age of 19, Melissa Gilbert, alongside her TV dad Michael Landon, was the face of Little House on the Prairie. As an impressive feat, she was able to beat out approximately 500 other young child actresses at the time to play the career-defining role. She had a pretty complicated childhood from the very beginning and was forced to grow up rather quickly under the scrutiny of the public eye. Her biological parents, Kathy Wood and David Darlington—a newly engaged couple at the time of her birth—feared that they weren’t financially stable enough to care for her, so they immediately put her up for adoption. Luckily, Melissa was adopted the next day by comedian/actor Paul Gilbert and his wife Barbara Crane, both of which were well known in Hollywood at the time. Unfortunately, their marriage was short-lived and they divorced in 1972, when Melissa was just 8 years old. In 1976, Paul passed away. Originally, Melissa was told that he had suffered a stroke, but when she was much older she discovered that he’d committed suicide.

Prior to being cast as Laura on Little House on the Prairie, Melissa Gilbert had appeared in several TV commercials, including a recurring one for Alpo dog food. From the time Melissa Gilbert was young, it was obvious that she had a knack for performing!

In case you forgot, here’s what Melissa Gilbert looked like then…

Today we want to wish Melissa Gilbert a very Happy Birthday! Thank you for inspiring us in your unforgettable role as Laura Ingalls. We loved growing up with you throughout all nine seasons. Read more about Melissa here our exclusive article! Link is in the bio. #LittleHouseMoment #LittleHouseonthePrairie

And here’s what she looks like now! Check out Melissa Gilbert today, she still has the same sweet face of the Laura Ingalls we remember!

Healing with a message. @hillaryclinton

A post shared by Melissa Gilbert (@melissaellengilbertbusfield) on Aug 28, 2016 at 5:58am PDT

You might be shocked to find out that Melissa Gilbert has been married three times in her life. She was even briefly engaged to famous ‘80s heartthrob and bad boy, Rob Lowe, but that relationship never made it to the altar. Melissa Gilbert’s children (she has one from each of her first two marriages) include a son named Dakota Brinkman, 28 (as a result of her marriage to actor Bo Brinkman) and another son named Michael Boxleitner, 21 (from her 16-year marriage to actor Bruce Boxleitner). In 2013, she married another actor, Timothy Busfield of Revenge of the Nerds (1984) and Thirtysomethings (1987-1991) fame. They don’t have any kids together, but they are still a couple today, and enjoy living a quiet life together in Michigan.

As mentioned, Melissa currently lives in Michigan with her husband, Timothy Busfield and she’s been heavily involved in the political scene there. In 2015, Gilbert ran as a Democrat to claim Michigan’s 8th district from the Republican representative at the time, Mike Bishop. Her campaign goal was to help make it possible for lower to middle-class families earn a living wage in a dwindling economy, so that they could support their families.

She was forced to withdraw from the race that same year due to health issues.

Check out this picture of Melissa with her son, Michael, volunteering for the Red Cross in Flint, Michigan.

Michael and me volunteering with #redcross in #flint

A post shared by Melissa Gilbert (@melissaellengilbertbusfield) on Jan 31, 2016 at 9:44am PST

TV Appearances and Other Work Over the Years

Over the years, Melissa Gilbert has remained fairly active in the entertainment business, taking on small roles in made-for-TV movies, sitcoms, dramas, and she even played the role of Caroline “Ma” Ingalls in the 2008-2009 live musical production of Little House on the Prairie. She also appeared on season 14 of Dancing With The Stars, but had to take some time off due to an injury that resulted in a minor concussion during one of her live performances. She returned a few weeks later, but was eliminated during the 8th week.

A post shared by Melissa Gilbert (@melissaellengilbertbusfield) on Dec 25, 2014 at 4:34pm PST

Melissa’s really giving KFC a run for their money with this delicious looking fried chicken!

It’s hard to pinpoint exactly what Melissa Gilbert’s net worth is, as she has run into a few issues with her taxes and owes quite a large sum of money to the IRS. Some websites like The Richest and Celebrity Net Worth report that she’s worth about $500,000, while other sites like Celebrity.Money claim she’s worth about $6.0 million. This could all depend on her payment plan with the IRS and which tax bracket she’s classified under, based upon her net income.