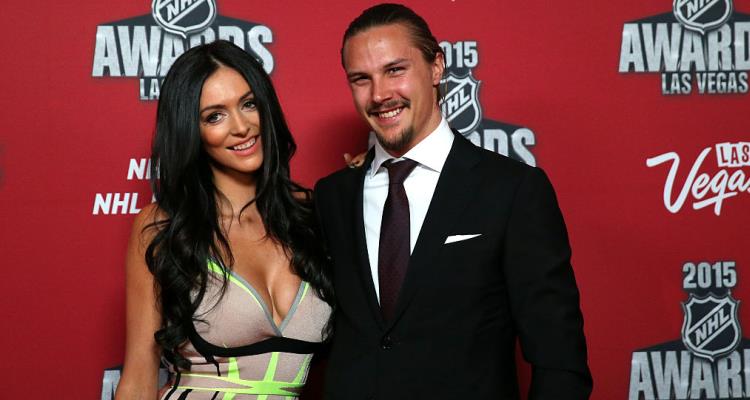 In a recent tragedy for the Ottawa Senators captain Erik Karlsson, fans have been sending their condolences, especially to Erik Karlsson’s wife. Many are grieving for the young family and there are some who still don’t know why.

Hockey players and fans everywhere are sending out their deepest sympathies for the Karlssons and their unborn baby’s death. The couple announced the news of their pregnancy in November 2017, overjoyed to be expecting his arrival this Spring. Since then, many have grown curious to know more about the famed hockey player’s wife and their budding family. Now, the devastating news has everyone turning their attention to the couple while keeping them in their hearts and prayers. Our Melinda Karlsson wiki has everything you need to know.

Who Is Melinda Karlsson?

Melinda Karlsson (nee Currey), is a business consultant based in Ottawa, Canada’s capital. According to the Ottawa Citizen, she is the chief marketing officer at Wellington Creative. After Hillcrest High School, Melinda graduated from Carleton University, where she received her communications degree.

She is often involved in various philanthropic organizations involving children and she enjoys watching TV with her husband. Shows such as Hart of Dixie, Sons of Anarchy, and Parenthood are some of their favorites to watch.

Melinda isn’t the first woman to be called Mrs. Karlsson. Erik, 27, was married to ex-wife Therese Karlsson from 2012-2013. Erik proposed to Melinda in November 2016, after roughly nine months of dating. Erik proposed (using a pizza box as a prop) in the courtyard of Ottawa’s All Saints Anglican Church! Aww!

Their engagement pics took place at Sandbanks Provincial Park in Prince Edward County, where they had a James Bond photo shoot.

Melinda and the Swedish hockey captain tied the knot on a Saturday evening on August 7, 2017, at the Westin hotel in downtown Ottawa. A reception followed at the National Art Gallery of Canada, where they celebrated with family and friends. Erik wore a navy tux and Melinda wore a stunning white gown with a long train.

A very happy birthday to the love of my life and the most beautiful wife in the world.

Last November, Erik and Melinda announced that they were expectant parents and couldn’t have been happier. In December, Erik posted a gender-reveal video to fans by shooting a puck! When he hit the puck, it exploded with a blue powder and revealed that the couple were having a boy.

Many from the NHL community have reached out to the Karlsson family in their time of need, after hearing the devastating news.

Melinda and Erik’s baby was due on March 19 but was stillborn, according to Erik’s Instagram post, which revealed their son’s name, Axel Michael Karlsson.

“At this extremely difficult time it’s hard to see the light at the end of the tunnel but we know one day we’ll get there,” Erik wrote on his Instagram. “We would like to thank everyone for the love and support we have received and also for respecting our privacy and the process we need to go through now.”

Since Melinda’s Instagram is privately set, fans have been reaching out to Erik to send their condolences.

At this extremely difficult time it’s hard to see the light at the end of the tunnel but we know one day we’ll get there. We would like to thank everyone for the love and support we have received and also for respecting our privacy and the process we need to go through now. We feel very lucky to be Axels parents. Even though he was stillborn, we know we will hold him again one day under different circumstances and the joy he gave us will be with us forever.