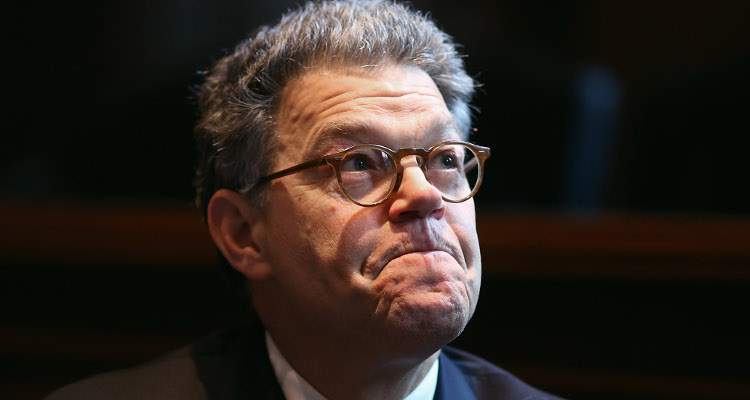 Melanie Morgan is a well-known radio personality who recently accused Senator Al Franken of sexual harassment when they met at a TV show in 2000. This is the second accusation against the politician, and people are expecting more to rise.

Senator Al Franken’s future prospects seem to be bleak again. With many sexual harassment allegations being on the forefront, the very recent accusations against him by Media Equalizer co-founder, Melanie Morgan seems to be another nail in the coffin. Melanie Morgan and Al Franken met on set of Bill Maher’s Politically Incorrect 17 years ago. Read more in our Melanie Morgan wiki.

Melania Morgan is from Kansas City, Missouri, and attended Lindenwood University. There was a time when she was addicted to gambling, which was highlighted in the TV movie, High Stakes: The Melanie Morgan Story. However, in a 2006 interview, she maintained that she did not place a bet in 13 years, and even served as president of the California Council on Problem Gambling.

Melanie Morgan’s husband is Jack Swanson, Director of News and Programming at KCBS Newsradio in San Francisco. Together, they live in Greenbrae, California and are parents to two wonderful children.

She is on the board of numerous non-profit organizations, including the Bruin Alumni Association, which calls out “radical professors” at UCLA. Seven years ago, she was diagnosed with thyroid cancer. Thankfully, it did not spread and remained localized.

A self-proclaimed “Conservative Californian,” Al Franken’s second accuser tweeted that she would soon reveal details about her allegation after revealing, “Yes, it’s true. I was stalked and harassed by Al Franken.”

Yes, it’s true. I was stalked and harassed by Al Franken. I will have details @MediaEqualizer shortly.

She followed up her tweet with a clarification after someone asked if she was the woman who approached Leeann Tweeden. “It’s a third woman. I do not know Leeann but I support her which is why I came forward,” she responded.

It was in 2000 on the set of Bill Maher’s Politically Incorrect that Morgan alleges the “creepy” behavior from Franken. “I made a statement about the budget numbers, Franken challenged me, I challenged him back,” she recalled. “It was about spending priorities, actually just a mundane discussion. But he obsessed over it.”

According to Morgan, Franken continued the argument even after the show!

“He approached me backstage, angrily called me out on those numbers and insisted he would prove he was right,” said Morgan. “He wouldn’t leave me alone, he kept following me. As a woman, his presence and proximity to me felt very threatening and intimidating.” She added that his “creepy behavior continued in the days following.

“He approached Carol, the show’s producer and demanded my home phone number, which was a clear violation of network protocol,” she continued. “I had thought that was the end of the story and was shocked when he started calling my home, badgering me repeatedly,” Morgan explained.

According to Morgan, Franken didn’t stop harassing her until she finally threatened to phone the police.

Not New to Criticism

Melanie Morgan is no stranger to criticism. Her comments on then-President Barrack Obama attending a madrassa (the Arabic word for school) was discredited. Other allegations she made led her to be known as the “Worst Radio Host in America” by MSNBC host Keith Olbermann not once, but twice!

On May 9th, 2007, Morgan appeared with VoteVets.org co-founder and chairman, Jon Soltz on The News Hour with Jim Lehrer. She accused him of playing “political games,” to which executive producer Linda Winslow responded, “Since the program is produced live, we can’t do much to eliminate rude guests from your television screen once the segment has begun; what we can do is guarantee you will never see Morgan on our program again.”

Her allegations against the senator are serious and could potentially have long-term implications on his career.