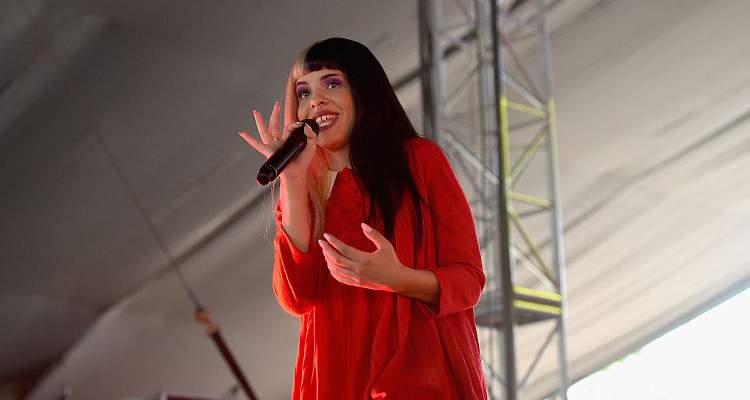 Singer-songwriter Melanie Martinez has been accused by her ex-best friend Timothy Heller of raping her when the two were having a sleepover. Heller has taken to social media to share these disturbing accusations about Martinez. Martinez has been basking in the success of her debut solo album Cry Baby for a while now and has not yet responded to Heller’s accusations. While Martinez’s songs are well-liked, the imagery associated with it has raised controversy and upset people.

A female singer has been accused of raping her best female friend, and this is certainly no laughing matter. A woman allegedly raping another woman may be unusual, but it is something that should certainly be taken seriously. Singer Melanie Martinez has been accused by her one time best friend Timothy Heller of raping her despite her best efforts to avoid such a situation. Melanie Martinez is an American singer, songwriter, photographer, and music video director who first rose to prominence in 2012 when she appeared on the American television vocal talent show The Voice. Since then she has continued to work on her own original material, and her hard work paid off when she released her debut EP Dollhouse. After the shocking allegations made by Heller, the interest in Martinez has grown and now people want to know more about her. We bring you some details from Melanie Martinez’s wiki.

Inspired At a Young Age

Born on April 28, 1995, in Astoria, Queens, New York City, to her parents of Puerto Rican and Dominican descent, Melanie Martinez’s age is 22 years. Martinez grew up listening to artists like Brandy, Shakira, Britney Spears, Tupac Shakur, The Beatles, Christina Aguilera, and Biggie Smalls and decided to be a singer at a young age. Martinez started writing poetry and songs from a young age, and she says that she was very emotional growing up so much so that others used to call her a “crybaby.” Martinez attended Baldwin High School and by the age of 14 years learned to play the guitar and even won a talent contest in her high school. In 2012, she participated in several talent shows like MSG Varsity Talent Show and The Voice.

??????? Thank you London for singing every word with me last night even though my voice was gone. I pushed as hard as I could to try and continue and have hurt myself even more in the process. I am being sent home to rest for a few months. To Paris, Bristol, Manchester, Birmingham, glasgow & Dublin, PLEASE trust me when I say that I will prioritize you next year and give you the best possible show you deserve. Please understand that I have cried so much about this and would give anything for my health to be at 100% so I could keep going. I love you guys with everything that I have inside of me and I will work my hardest to recover, finish my record and come back next year to see you all. ??

For The Voice auditions, she sang the Britney Spears’ song “Toxic” and three of the four judges hit the “I Want You” button for her. She sang songs like “Lights,” “Bulletproof,” “Hit the Road Jack,” “Seven Nation Army,” and “Too Close” until she was eliminated based on the audience vote in the fifth week. At that time, Martinez said “I never expected to get this far and this is beyond what I’ve ever dreamed of. I’m just so glad I got to express who I am as an artist and really touch people’s hearts because that was the ultimate goal.” On August 14, 2015, Martinez released her debut studio album Cry Baby which spawned several hit singles like “Pity Party,” “Soap,” “Sippy Cup,” “Alphabet Boy,” and “Milk and Cookies.”

??PACIFY HER MUSIC VIDEO ??another self-directed video ?✨?? LINK IN BIO??

In November 2016, Martinez released her second EP Cry Baby’s Extra Clutter which contained songs like “Pacify Her,” “Mrs. Potato Head,” and “Mad Hatter.” According to reports, Martinez has finished recording her second studio album, and the release date is expected to be announced soon. Martinez’s songs are usually based on her own experiences, and she has described her music as “very dark and honest.” Rolling Stone has described Martinez’s music as “twisted lullabies about love, danger, and madness.” Martinez is now in the news as she has been accused by another singer and her former best friend of raping her. Timothy Heller has claimed that during a sleepover Martinez performed oral sex on her and penetrated her with a sex toy without being asked. These allegations have rocked the music industry and shocked everyone. Martinez has so far not responded to these serious allegations, but all eyes are on her and waiting for her response.

Martinez has described her character in her album Cry Baby as “a child who experiences adult things,” and this has not been well received by the general public and critics. Many people feel that Martinez has been objectifying and sexualizing children. One look at Melanie Martinez’s Instagram account makes it clear that the singer has a propensity for dressing up and acting out as a child. It is full of pictures of Martinez dressed in little frocks, ponytails, and everything that one would associate with one’s childhood like soft toys and feeding bottles. Now the Melanie Martinez-Timothy Heller incident has taken center stage, and the onus is on Martinez to respond to these serious accusations. Whichever way you look at it, rape is a horrific thing to happen to anybody.