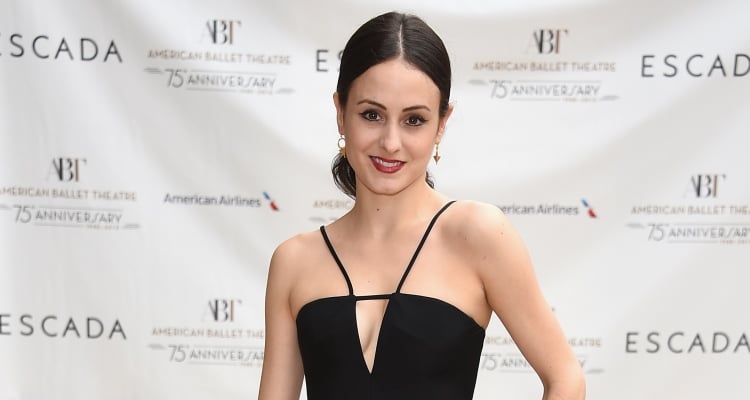 If you’re wondering what Mick Jagger’s girlfriend is doing these days, then look no further. As many are aware, she’s much younger than her rock star boyfriend. But who is she exactly? For more details about her, take a look at our Melanie Hamrick wiki.

Who is Melanie Hamrick?

Melanie Hamrick’s age is 30 and she is a ballerina with the American Ballerina Theatre. She was born in Williamsburg, Virginia and got introduced to the world of ballet when she was just 3 years old. Then, when she was 11 years old, she went to a boarding school to pursue ballet on a full-time basis. She started her training at Eastern Virginia School of the Performing Arts, under Sandra Balestracci.

Hamrick’s position with the American Ballet Theatre includes the following, according to The Mirror: Calliope in Apollo, a Shade and Pas D’Action in La Bayadère, the Fairy Winter in Frederick Ashton’s Cinderella, Prayer in Coppélia, an Odalisque in Le Corsaire, a flower girl in Don Quixote, Moyna in Giselle, Caroline in Jardin aux Lilas, Olympia in Lady of the Camellias, and many more. (If we listed them all we would be here forever!)

While Mick already has seven other children, Hamrick has a son with him named Devereaux Octavian Basil Jagger—his eighth child! Tabloids went crazy last year when it was announced that the two were pregnant! Their son was born on December 16, 2016.

“Melanie Hamrick and Mick Jagger’s son was born today in New York, and they are both delighted,” Jagger’s rep told Us at the time. “Mick was at the hospital for the arrival. Mother and baby are doing well and we request that the media respect their privacy at this time.”

If you’re looking for Melanie Hamrick’s hot pics, then her Instagram account is the best place to find them! While she makes ballet look easy, we already know it’s far from it. Majority of her pics are of her many poses and of her bundle of joy, of course. What’s a new mom without a new baby to show off to thousands of strangers?

Don’t Call Her a “Baby Mama”

Mick, 74, might seem too old to be anyone’s boyfriend, but he has been dating Hamrick for three years now! However, she doesn’t agree with being called his “baby mama.”

“I definitely don’t think of myself as a ‘baby mama’,” said the American dancer to Daily Mail. “Yes, in the technical sense, I’m not married to the father of my child. But I am in a great, wonderful relationship with him.”

She added: “I have a career. I work hard. Since I was 18, I’ve supported myself. I’ve put my whole life into my work. I dance with one of the most well-known ballet companies in the world. To be put in that category is a little insulting. And it’s insulting to my boyfriend.”
Mick also bought his ballerina girlfriend and their son a $7.0 million New York townhouse. Melanie Hamrick net worth is unknown, but she seems to be doing very well for herself! (Not to mention her boyfriend’s net worth of a reported $360.0 million!)