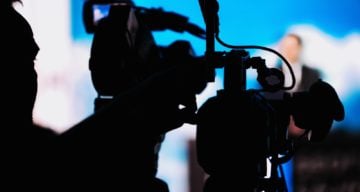 Pittsburgh natives have turned to Melanie Gillespie for all the latest news coverage for at least seven years. Now the WPXI bureau chief is moving on to the next step of her career. Melanie Gillespie revealed she is leaving WPXI in November 2022. Channel 11 News viewers want to know where the journalist is going and if her new job will also take her away from Pittsburgh. They especially want to know if she will continue to work in the broadcasting field. Find out what Melanie Gillespie said about her departure from WPXI-TV here.

Melanie Gillespie was born and raised in Bridgeville, not far from Pittsburgh. She graduated from the South Fayette School District before attending Ohio’s Kent State University. She received a degree in broadcast journalism with a minor in sports administration.

Gillespie had a stint at West Virginia’s WVVA News before returning to Pittsburgh, where she initially worked at WJAC-TV’s 6 News. She joined WPXI-TV in 2015 and has been a part of the Channel 11 News team since. She is the Westmoreland County Bureau Chief reporting on all occurrences in the county.

Melanie Gillespie’s most lauded works were her coverage of the Jerry Sandusky scandal and the 10th anniversary of the United Flight 93 crash. Over time, the native Pittsburgher has become a favorite of Channel 11 News viewers.

It’s been a riiiide! Thanks so much to @jaxelburgh for the nice article reflecting on my time at Ch11 and my next step! —> https://t.co/nSueX4Vje1

Naturally, Pittsburgh residents were dismayed when the journalist announced her departure from the station. Her last day on the air at WPXI-TV is on November 11.

Gillespie has no intention of leaving her old stomping grounds. However, she is now stepping away from the broadcast studio for a job that allows a relatively better sleep schedule.

Westmoreland County District Attorney Nicole Ziccarelli’s office tapped the media veteran as their new spokesperson. She will begin her new role as a public information officer on November 14.

“It’s bittersweet,” Gillespie told a local news outlet. “I’m sad to leave because I do enjoy my job, and I love the people. There are so many aspects of the job that I love. … I’m excited to transition into something that’s more consistent and with better hours than what we have in news.”

As much as WPXI viewers will miss her on Channel 11 News, they are glad she is staying in the city. And her new role might get her a few media appearances, too.

Ziccarelli has already revealed what will be on top of Gillespie’s to-do list in her new job, including launching the country’s new Crimewatch platform.