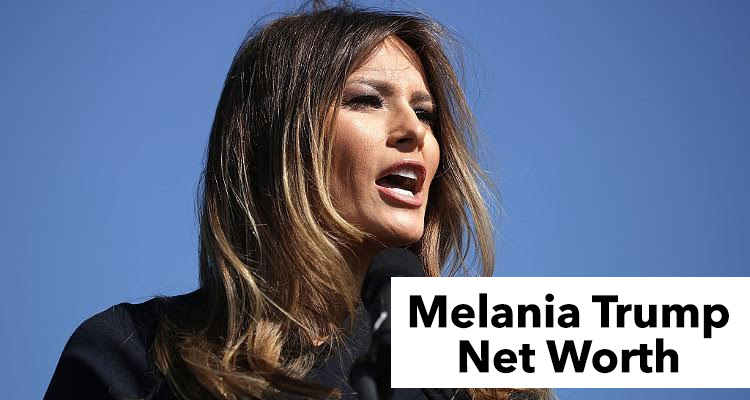 Today marks the beginning of Donald Trump’s presidency. The 45th President’s wife, Melania Trump, is just as successful as her husband. She was born and raised in Slovenia before coming to the U.S., and has a net worth of $11 million. Find out more about how rich Melania Trump is right here.

Donald Trump begins his presidency alongside his wife, Melania Trump. Melania will be the second First Lady in history who was born outside of the U.S., and is the only First Lady to be the third spouse of the President. Everyone is anticipating what she will do during her reign as First Lady, especially since she kept a low profile during Trump’s campaign.


But outside the political world, Melania Trump is just as successful as her husband, and has a net worth of $11 million.

Find out how rich the new First Lady is right here in Melania Trump’s net worth.

How Rich Is Melania Trump?

Melania Trump started out as a model but her professional success from that is not known. After her marriage to Trump, she brushed off allegations that she is a gold-digger. “I think you can’t be with the person if it’s not love, if they don’t satisfy you,” she said in an interview.

Melania Trump’s net worth is estimated to be around $11 million, and is possibly higher now that she’s First Lady. Donald Trump has said that he won’t be accepting his President’s salary, but nevertheless, he will remain the richest POTUS in history. After all, he has a net worth of $4 billion. Melania Trump’s net worth may not be as high as her husband’s, but her wealth is still substantial. Both of their combined net worths add to 10-year-old Barron Trump’s net worth.

Also Read: Here are 9 Hot Photos of Melania Trump You Need to See

She Started Modeling as a Child

Melania started modeling when she was five years old. She worked in her first commercial when she was 16, posing for the Slovenian fashion photographer Stane Jerko. By the age of 18, she had signed with a modeling agency in Milan. After working in Milan and Paris, she relocated to New York City in 1996.

Following her immigration to America, her modeling career took off. She appeared on the covers of magazines like Harper’s Bazaar (Bulgaria), Ocean Drive, In Style Weddings, New York Magazine, Avenue, Allure, Vanity Fair (Italy), Vogue, and GQ. As a model, she was affiliated with Irene Marie Management Group and Trump Model Management.

She Launched Her Own Businesses

Melania Trump studied architecture and design from the University of Ljubljana but didn’t pursue a career in it. She did, however, venture into the business world after her marriage to Donald Trump. The 46-year-old has said she has inherited a business spirit from her father, Viktor Knavs, who managed car and motorcycle dealerships in Slovenia for a state-owned vehicle manufacturer.

Melania launched her own line of jewelry and a skin-care line. Her jewelry, Melania Marks Accessories, started in 2010 and reportedly sold out within 45 minutes after its launch. Its sales have decreased since its launch but according to Donald Trump’s public financial records, it made between $15,000 to $50,000 in 2014-15.

As successful as her jewelry line is, Melania Marks Skincare has had little luck. According to Forbes, when the skincare line launched in 2013, it made around $100,000 to $1 million in the first year. However, the revenue of her skincare business has dropped to $200.

She Is Active in Charitable Ventures

According to her web site, the former model is very active in philanthropic activities. She supports charities like the Martha Graham Dance Company, The Breast Cancer Research Foundation, The Boy’s Club of New York, The American Red Cross, and the Police Athletic League.

Melania Trump has said she will continue her charity work even when she’s First Lady, but her duties will have to be put on hold for now. While Donald Trump will be handling national affairs at the White House, his wife will stay back in their gilded penthouse apartment in New York until Barron Trump’s school term is over.