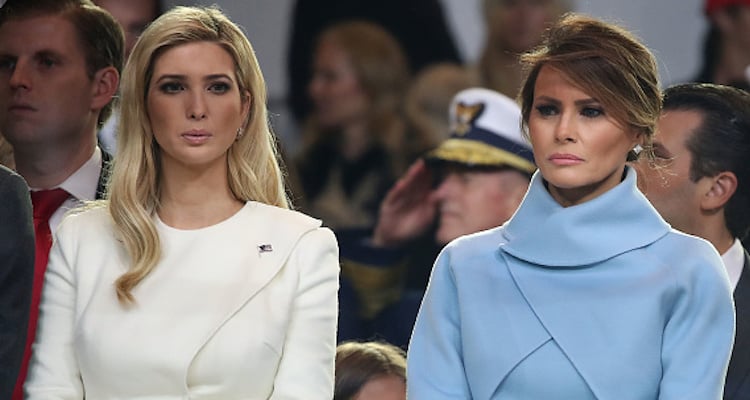 It’s only been a few days since President Trump’s inauguration, and now all anyone can talk about is the viral video of Trump allegedly “scolding” Melania. What did Trump say to Melania? Keep reading for more, because we just might have the answers to your questions.

What did Trump say to Melania at the inauguration? That question is on everyone’s minds after seeing the video of Trump as he turns around to say something to his wife. Melania is seen smiling, but when her husband turns around to speak to her, her smile fades, instantly turning into a frown. Now, the video has many wondering what Donald Trump said to his wife, that so quickly turned her joyous smile upside down.

Now, everyone thinks Trump made Melania sad and Melania Trump‘s frown is trending all over the Internet. Memes and videos were created long before the Trumps became official residents of the White House, but now the famous First Family is getting her first real taste of the media’s perception of their marriage.

Many have gone as far as to circulate rumors of alleged Melania Trump’s abuse, which at this time, there is no evidence to support. It’s a little early in the term for the Trumps to endure a scandal, even an alleged one, but let’s not forget the Women’s March that took place shortly after the president’s inauguration. 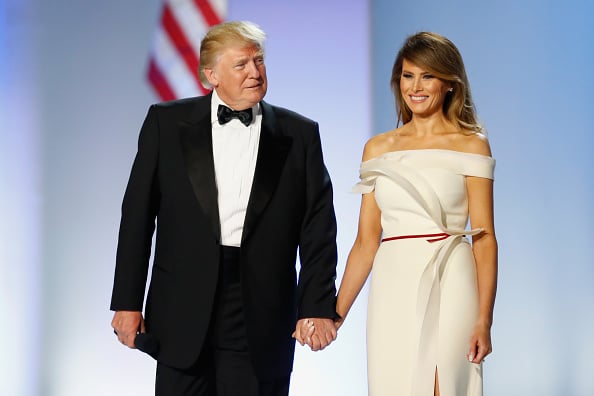 What Did Trump Say to His Wife?

No one knows for sure what the commander-in-chief said to his wife, except for the first lady, who we can be sure won’t be commenting on the subject anytime soon. Maybe the first lady frowns a lot? We can’t be sure, but we can only report what we see and the whole world saw her reaction after he looked away from her. Is Melania faking happiness with her husband? We wouldn’t go that far, but you never know. Everyone has their theories and the sugar daddy memes aren’t helping the Trumps at all.

Along with the perceptions of the president being emotionally abusive to his wife (which have yet to be proven) many believe that their marriage isn’t what it seems. There are even people on social media who have commented on the state of their marriage, telling the first lady to “blink twice if you need help.” Others have also used memes to compare Obama’s more affectionate marriage to that of the Trump’s.

According to body language expert, Patti Wood at Us Weekly, the president has treated his oldest daughter, Ivanka with more public affection than his own wife. Wood commented on the time then-presidential candidate Trump hugged his wife versus how he hugged his daughter at the Republican National Convention. 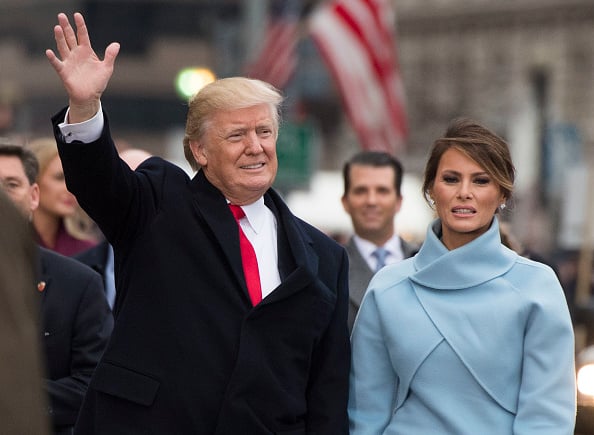 “That was not even a real hug. He held both her arms, cupping his hands around her forearms to keep her at a certain distance from him. She also didn’t go in close,” says Wood, who authored Snap: Making the Most of First Impressions, Body Language and Charisma. “There was no heart-to-heart contact. There was no pelvis-to-pelvis contact. That was really odd. There was no real warmth.”

“He patted her in a sexually dismissive way. That repetitive pat with open hands on that location is usually a set of body language cues to say, ‘The sex with you, it was good,’ or, ‘That was fun sexual play,’” Wood says. “I want to be clear that is not even a pat you would give to a child under the age of 5. You would pat them higher up on the back.”

One Twitter user also commented on the manner in which Trump hugged both women.

So far, it’s speculation at this point and don’t expect a comment from the White House —unless you enjoy hearing more about “alternative facts.”

To have a look and judge for yourself, check the video out here: