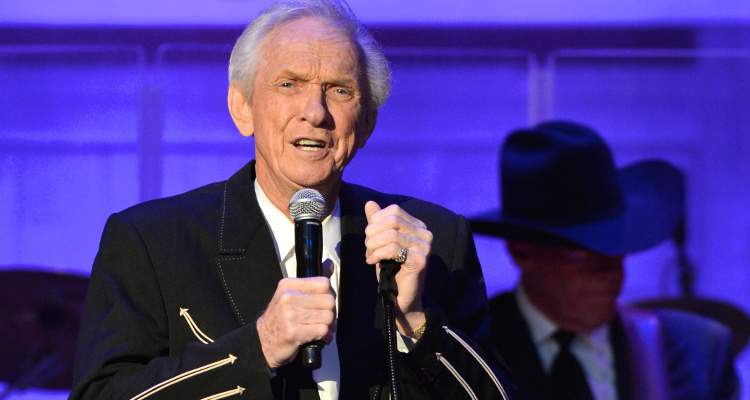 Legendary country music singer Mel Tillis died Sunday morning at the age of 85. Mel Tillis’ death has raised some questions about his net worth. However, it comes as no surprise that Mel Tillis’ net worth is estimated to be $20.0 million. Keep reading if you want to know more about the beloved singer’s wealth.

Birth of a Legendary Singer

Lonnie Melvin Tillis was born on August 8, 1932, in Tampa, Florida, but was raised in Pahokee. He had a stutter at a very young age which was reportedly due to a bout of malaria.

Having a passion for music since he was a young boy, he learned to play the drums and guitar. At the age of 16, Tillis participated in a local talent show and won.

He attended the University of Florida for a brief time, but decided to drop out and enlist in the United States Air Force. When he was stationed as a baker on Okinawa, Tillis started a band called The Westerners, and they played at local nightclubs.

Life After the Air Force

After Tillis left the Air Force in 1955, he returned to Florida and took up odd jobs to support himself financially. He eventually landed a job with the Atlantic Coast Line Railroad in Tampa, Florida.

Tillis took advantage of his railroad pass and went to Nashville to audition for Wesley Rose, who motivated him to go back to Florida and continue working on his songwriting. Eventually, Tillis moved to Nashville, Tennessee, and wrote songs full-time.

JUST IN: Country music singer Mel Tillis, whose six-decade career included hits such as “I Ain’t Never” and “Coca Cola Cowboy,” died on Sunday, his publicist confirmed. He was 85.

In 1957, Tillis wrote “I’m Tired,” which became a No.3 country hit for Webb Pierce. Shortly afterwards, he signed a contract with Columbia Records.

Things for Tillis changed for the better in 1969 when he garnered success with his two Top 10 country hits, “These Lonely Hands of Mine” and “She’ll Be Hanging Around Somewhere.”

In 1970, his song, “Heart Over Mind,” ranked at No. 3 on the Hot Country Songs list, and his career as a country singer sky-rocketed. Some of his hits were “Heaven Everyday,” “Commercial Affection,” “Brand New Mister Me,” and “The Arms of a Fool.”

In 1976, Tillis signed a contract with MCA Records, which resulted in two No. 1 hits: “Good Woman Blues” and “Heart Healer.” That same year, he took home the Country Music Association Award for Entertainer of the Year, and was inducted into the Nashville Songwriters Hall of Fame.

Tillis delivered another hit song, “I Believe in You” in 1978, and followed it up the next year with “Coca-Cola Cowboy,” which appeared on the soundtrack of Clint Eastwood’s Every Which Way but Loose.

Besides songwriting and singing, Tillis also co-hosted ABC’s, Mel and Susan Together. He also delivered several hit tracks like, “Send Me Down to Tucson,” “Ain’t No California,” and “I Got the Hoss.”

He signed a contract with Elektra Records in 1979 and went on to release hit songs like, “Blind in Love,” and “Lying Time Again.” Both tracks became major hits.

That same year, he bought KIXZ (AM) in Amarillo, Texas, from Sammons-Ruff Associates. He also bought Amarillo’s FM rock station, KYTX. He later sold both stations.

Tillis’ last No. 1 hit was “Southern Rains” in 1981. That same year, he released an album of duets with Nancy Sinatra, which had two hit singles, “Texas Cowboy Night,” and “Play Me or Trade Me/Where Would I Be.”

He was with Elektra Records until 1982, but went back to MCA. He also invested in music publishing companies like Sawgrass and Cedarwood.

Tillis also appeared in several movies like Love Revival, W.W. and the Dixie Dancekings, Smokey and the Bandit II, The Cannonball Run, Uphill All the Way, and The Villain.

He wrote his autobiography, Stutterin’ Boy, and built a theater in Branson, Missouri, where he performed until 2002.

Rip to m m #meltillis He stuttered when he spoke yet not when he sang. #stutter #cocacolacowboy

On August 7, 2007, Tillis, Vince Gill and Ralph Emery were inducted into the Country Music Hall of Fame.

In 1957, he walked down the aisle with Doris Tillis. They divorced in 1977, but the reason is unknown. The couple had five children together. At the time of his death, Tillis was in a long-time relationship with Kathy DeMonaco.

Mel Tillis passed away at the age of 85 at the Munroe Regional Medical Center in Ocala, Florida, due to respiratory failure.

The country star is also survived by his sister, Linda Crosby; his brother, Richard Tillis; Doris Tillis; and his long-time partner, Kathy DeMonaco.

Rest in peace, Mel Tillis. You will be missed.