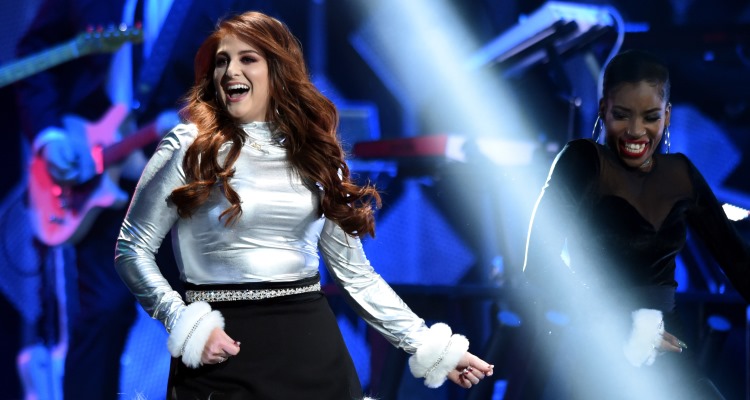 It looks like Zedd and Alessia Cara aren’t the only ones putting out music this Friday! Pop singer, Meghan Trainor is releasing a new single of her own, and it’s Smurfin’ amazing!

Meghan Trainor’s Instagram just gave fans the best news about the pop singer. The 22-year-old “Me Too” singer gave fans a reminder recently about a special project she’s been working on! That’s right—Meghan Trainor’s “I’m A Lady” is coming out on Friday February 24 and fans couldn’t be more excited! Trainor took to Instagram to announce the news, and posted a still from the video shoot where she looks incredibly beautiful! 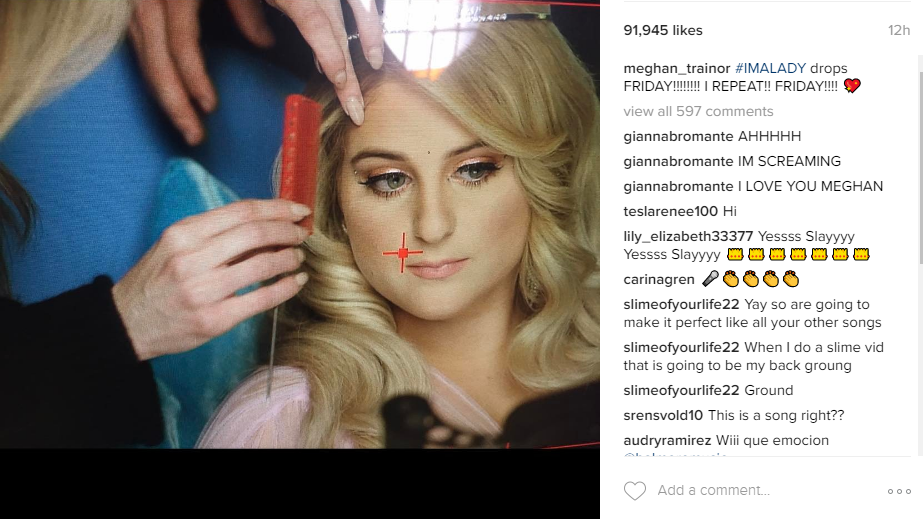 Out of all of Meghan Trainor’s pics referencing her new song, her latest Instagram post is the most direct. The “All About That Bass” singer isn’t taking any chances and wanted to remind her fans that her new single is coming up, just in time for the weekend. Her Instagram post was captioned, “#IMALADY drops FRIDAY!!!!!! I REPEAT!! FRIDAY!!!!!” Guess there’s no point being subtle anymore! The post earned over 90,000 views and over 500 comments praising the singer’s big reveal. The song is featured in the upcoming children’s film, The Smurfs: The Lost Village and she also wrote and co-produced the track. Her picture is a glimpse into her music video for “I’m A Lady.” This also isn’t the first time Trainor has recorded a song for a family film. Trainor’s first contribution to a kids-friendly film was in 2015, when the Grammy-winning artist’s “Better When I’m Dancin,” was featured on The Peanuts Movie soundtrack. Her besties got to see a little preview as to how Trainor looks in her new video, and they were gushing about how great she looks, too! Don’t forget to check out “I’m A Lady,” which will be released on Friday!

When you see them comin at you with a brush full of cake ..Also when ur besties are the most supportive haha @charmladonna @jordanfederman ???? #IMALADY #imaladymusicvideo