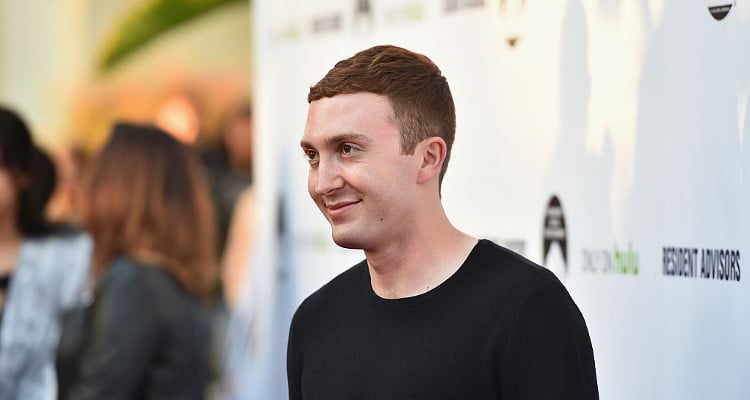 Just when we were wondering what former Spy Kid, Daryl Sabara is up to these days, Meghan Trainor reveals that they are dating! Since then, the couple has made it a point to show their love on social media.

Pure joy. Tried so hard not to cry. This was the coolest thing ever! Snapchatting and trying to watch at the same time is hard ahah. Thank you @lakergirls for dancing to my song #MeToo ??❤️… ?: @darylsabara ❤

Kicking off His Career as a Child Star

Sabara started his acting career in 1996, when he was around four years old. He played minor roles in shows like Will and Grace and Friends. His acting break came as OSS Agent Juni Cortez in Spy Kids and its sequels. Sabara and his costar, Alexa Penavega (who played his sister, Carmen) became popular with pre-teen audiences.

He acted in other movies like Her Best Move, A Christmas Carol, Keeping up with the Steins, John Carter, and more. He and Penavega also appeared in the fourth Spy Kids movie as grown up versions of their characters. His last movie was in 2014, a short film titled Courage is Contagious. Daryl Sabra currently has a recurring role in a few animated shows.

He also lent his voice in films like The Polar Express, Finding Nemo, and A Christmas Carol. Sabara had a recurring role in Selena Gomez’s flagship Disney show, Wizards of Waverly Place. His various acting jobs have helped him amass a total net worth of $750,000, which a lot less than Trainor’s $4 million.

He Has a Twin Brother

Daryl has a fraternal twin brother named Evan Sabara, who’s younger than Daryl by a minute. They were born in Torrance, California and were raised by their single mother, Sandra “Sandy” Krebs, who worked as a social worker. There’s no information about his father, but the Sabara twins are of Russian, Jewish and German descent. They even had a Bar Mitzvah together!

Evan is also an actor, and has been from the age of nine. Though, he doesn’t have an extensive body of work like Daryl, he has acted in his brother’s movies like Spy Kids and The Polar Express, as well as in The Batman and the TV show, Malcolm in the Middle. Daryl once said that he and Alexa Penavega are like real brother and sister. Evan currently spends his days posting pictures of mouthwatering food on his Instagram, among other photos of things like his cat and throwbacks from his early days. Speaking of throwbacks…check out this one of the Sabara twins in grade school!

Also Read: Meghan Trainor, Khloe Kardashian & 5 Other Celebs Who Had Their Bodies Photoshopped

Unlike Penavega, who has sung in the Spy Kids movies, we haven’t had the opportunity to listen to Sabara sing. And we’re not talking about his singing on Trainor’s Snapchat, either. We mean, like really sing. It wouldn’t harm the 24-year-old to record a song or two, especially one he has written himself!

As the actor admitted once long ago, that he composes songs in his downtime as a creative outlet. And that’s not even the best part! In December last year, Trainor was at an interview a day after they celebrated their five-month anniversary, and she confessed that they are writings songs together!

“I actually made him write some songs with me, so we’ve collaborated,” Trainor said. “It’s fun to have someone that understands what you’re doing and he loves artists, so he loves getting to see the behind-the-scenes.” If it’s not too much trouble, can you two record a duet together and release it ASAP?

throwback to my girl always lookin like a dime piece ?

In the age of social media, people get together online, break up online, and have Twitter feuds for the world to see. Rumors had been making their rounds in mid-2016 that Trainor was off the market. Sabara started making appearances in her Instagram pictures, making Megatronz (Trainor’s fans, just in case you’re living on another planet) wonder if he was indeed the new man in her life.

And then we saw them hand-in-hand in public! At that point it was clear that there was something between these two, but Megatronz wanted to hear it from the singer herself! God bless Instagram and Meghan Trainor, because she finally confirmed her relationship with Daryl Sabara on the social media platform. She posted a selfie with him, captioned, “I [heart]️ Madrid ..and this guy.”

Since then, they have made regular appearances on each other’s Instagram, holding hands in public, not to mention the 23-year-old Meghan gushing about her man every time she is asked! And she loves using screenshots from his baby Spy Kids days to promote her latest song, “I’m a Lady.” Can they get any cuter?