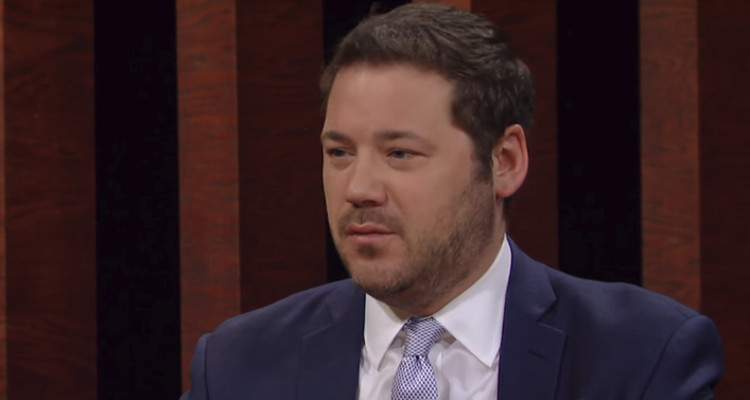 Did you know that American columnist/blogger/former Fox News host, Meghan McCain is married to American commentator, Ben Domenech? The pair recently walked down the aisle and are really happy together. If you want to know more about Meghan McCain’s husband, then take a look at our Ben Domenech wiki!

Reportedly, somewhere between 1999 and 2002, Domenech attended the College of William and Mary. However, he dropped out in his senior year, after he received a job offer from the U.S. Department of Health and Human Services. Apparently, Domenech was the youngest political appointee during the George W. Bush administration.

Domenech is a conservative writer, blogger, and television commentator. He discovered and is the publisher of The Federalist.

Additionally, Domenech is the host of The Federalist Hour and he also writes a daily subscription newsletter for political insiders known as The Transom. Moreover, Domenech is also the co-founder of the RedState group blog. He also still writes on his personal blog, “this is an adventure.”

It looks like Domenech has added a lot of feathers to his hat. Besides being a commentator, previously, he worked as the managing editor for health care policy at The Heartland Institute, and was also the former editor-in-chief of The City.

Up until 2014, Domenech started and hosted a daily free podcast called “Coffee and Markets.” In 2006, The Washington Post hired Domenech to work as a blogger, but he resigned after working for only three days as several cases of plagiarism cropped up.

Reportedly, in July 2017, Domenech got engaged to John McCain’s daughter, Meghan McCain. Talking about their relationship, McCain said, “We were at Mayo Clinic and my father [Sen. John McCain] had his scan, and we got engaged because we decided to sort of celebrate life and celebrate being alive and all these things.” She further added, “It’s not the most romantic story, but he is my partner, I love him very much and I’m very happy.” She further explained that they have been together for a really long time now.

On November 21, 2017, Domenech and McCain exchanged vows with each other at McCain’s family ranch in Sedona, Arizona. After their marriage, a rep McCain said, “Meghan McCain and Ben Domenech were married today at the McCain family lodge in Sedona, Arizona. The bride’s father, Senator John McCain, gave her away and they were married by John Dickerson. Following the ceremony, McCain and Domenech celebrated with dinner and dancing surrounded by their family and close friends.”