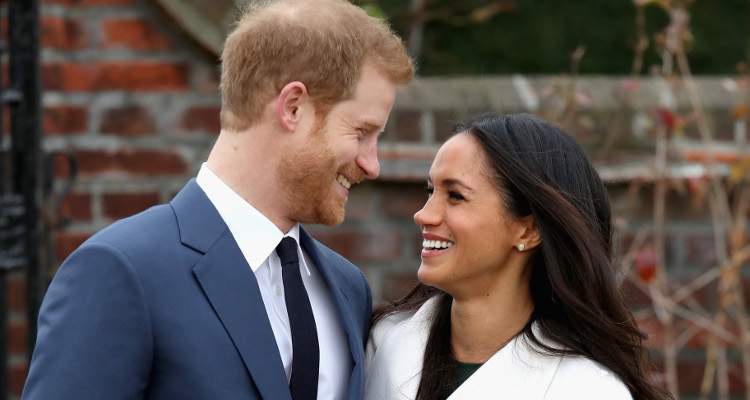 Prince Harry and Meghan Markle are engaged, and that means it’s time for another royal wedding! This Cinderella found her Prince Charming, and people want to know how rich the future duchess is going to be. You can’t put a price on love, but you can definitely enjoy the royal treatment! Check out how Meghan Markle’s net worth of $5.0 million was made.

Meghan Markle already made a mark in the entertainment industry, but she recently made a mark on a global scale. With great power comes great responsibility, and being a duchess comes a lot of luxury. So, just how rich is Meghan Markle?

How Rich is the Duchess-to-Be?

Born Meghan Markle on August 4, 1981, her age is 36. She has a lineage of Dutch, English, German, Irish, and Scottish from her father, and African from her mother. The Suits star began her career as a model, and was even seen as a “briefcase girl” on Deal or No Deal.

After small roles in television, she soon landed a role on Suits in 2011, and earned fame for her role as Rachel Zane. Here’s what Meghan Markle reportedly made during her career:

Meghan Markle’s ancestry reportedly shows emancipated slaves from her mother’s side, and a long line of landowners and nobleman including John Hussey, the first Baron of Sleaford, and a descendant of King John, from her father’s. It turns out she does belong to royalty, after all!

Prince Harry’s net worth was estimated at $40.0 million. His mother set up a trust fund for him, which only added to his inheritance and wealth. The two met on a blind date set up by a mutual friend in July 2016. Now, they are engaged and hoping for a spring 2018 wedding!

“I don’t think that I would call it a whirlwind in terms of our relationship, obviously there have been layers attached to how public it has become after we had a good five, six months almost with just privacy, which was amazing.” Markle said in their first interview following the engagement announcement.

Prince Harry reportedly popped the question while making roasted chicken during a cozy night in! According to Harry, “She didn’t even let me finish, she said ‘can I say yes, can I say yes’ and then were was hugs and I had the ring in my finger and I was like ‘can I, can I give you the ring?’ She goes – ‘oh yes the ring!’”

Meghan Markle’s ring was designed by Prince Harry himself and has three diamonds set in a yellow gold band. Two of those diamonds are from his mother Princess Diana’s jewelry collection, so that she could be part of their journey. The main diamond was sourced from Botswana, where the couple first went on holiday together.

Suits is not the only project Markle has on her resumé. She’s had appearances in General Hospital, Horrible Bosses, 90210, and even Castle. Her creative outlet was further explored when she founded and became editor-in-chief of the lifestyle website, The Tig, which features articles on better living, fashion, and Markle’s adventures. After shutting the site down in April 2017, she wrote:

“Keep finding those Tig moments of discovery, keep laughing and taking risks, and keep being ‘the change you wish to see in the world.’ Above all, don’t ever forget your worth – as I’ve told you time and time again: you, my sweet friend, you are enough. Thank you for everything.”

A post shared by Manestreethairdesign (@manestreet_hairdesign) on Nov 28, 2017 at 2:40am PST

Markle is frequently involved in various philanthropic efforts. She was the global ambassador for World Vision Canada, through which she’s traveled to Rwanda to provide clean and safe drinking water.

She was also associated with the U.N. for their women empowerment and gender equality projects. She was a counselor for the international charity, One Young World.