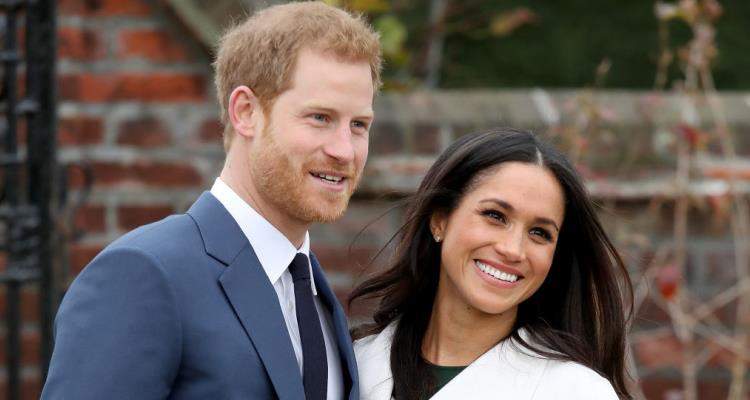 It’s official! Prince Harry and actress Meghan Markle are taking their relationship to the next level and are tying the knot in 2018! Since she first appeared in his life, people have continued to ask the burning questions about her nationality; is Meghan Markle biracial? What is Meghan Markle’s ethnicity/race? Here’s what you need to know about the soon-to-be new member of the Royal Family!

What race is Meghan Markle? What ethnicity is Meghan Markle? The questions have been non-stop since Prince Harry stepped out with his gorgeous mixed girlfriend. Fans can’t get enough of her beautiful bronze skin and want to know what is Meghan Markle’s race. In a 2015 interview, Markle addressed the questions and talked about what it was like to have to create her own identity and find her voice as a mixed race woman. “‘What are you?’ A question I get asked every week of my life, often every day,” she explained. She added, “‘Well,’ I say, as I begin the verbal dance I know all too well. ‘I’m an actress, a writer, the Editor-in-Chief of my lifestyle brand The Tig, a pretty good cook and a firm believer in handwritten notes.’”

The race topic has been a constant nagging in her life since her rise in media attention, and she has had to anticipate and figure out how best to respond. “While I could say Pennsylvania and Ohio, and continue this proverbial two-step, I instead give them what they’re after: ‘My dad is Caucasian and my mom is African American. I’m half black and half white.’” Meghan Markle’s parents, Doria Ragland and Thomas Markle, are both from the United States, but her upbringing involved a constant struggle of trying to figure out where she belonged. She felt she had to put herself in a box because of how she looked on the outside, but felt she would be denying another part of herself that was more than skin deep. Markle remembers one specific instance when she was young and unsure of what box to check for her nationality. “I left my identity blank–a question mark, an absolute incomplete–much like how I felt.” Thankfully, her parents were always a constant source of support, telling her that if there wasn’t an available box for her to fit herself in, she should draw her own.

In regards to the announcement of Meghan and Harry’s engagement, her parents released the following statement: “We are incredibly happy for Meghan and Harry. Our daughter has always been a kind and loving person. To see her union with Harry, who shares the same qualities, is a source of great joy for us as parents. We wish them a lifetime of happiness and are very excited for their future together.” More support was given to the couple from Harry’s brother, Prince William, and his wife Kate. “We are very excited for Harry and Meghan. It has been wonderful getting to know Meghan and to see how happy she and Harry are together.” Although the questions about Meghan’s race haven’t slowed down, Britain’s monarchy is with the times, and the family wants the couple to live as normal of a life as they can.

Thanks to Meghan’s exposure to the media from her acting career, she has been able to take the questions with a grain of salt and respond gracefully. She has much more important things to worry about such as her humanitarian efforts with the United Nations, World Vision Canada, and various other organizations she’s involved in. For Markle, it’s not about race or the color of her skin that’s important. She’s found the love of her life and she’s focused on being the best woman she can be. Afterall, not everyone gets to marry their very own Prince Charming!