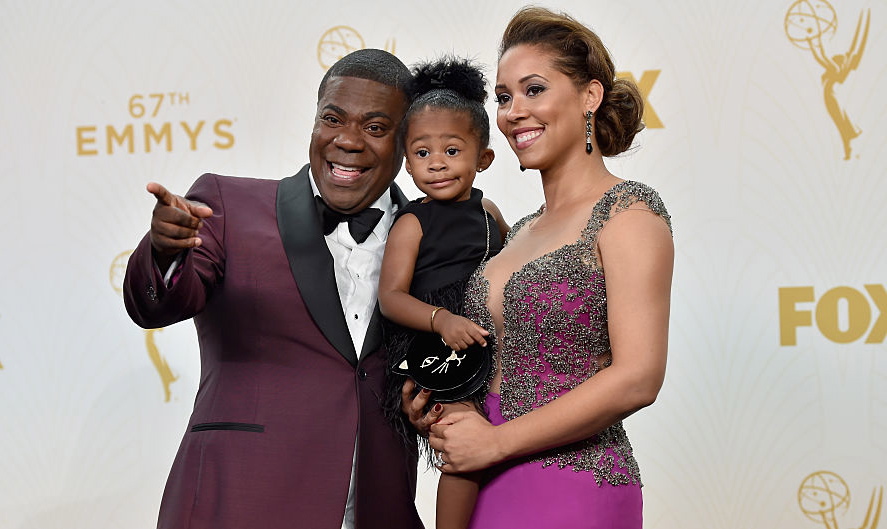 Comedic actor Tracy Morgan is back, proving that tragedy can’t keep the 48-year-old down forever. With his new Netflix series up and running, many are wondering about Tracy Morgan’s wife. If you’re interested to know more about Tracy Morgan and Megan Wollover, then don’t go anywhere!

Wollover only has one child with Morgan: A daughter named Maven Sonae Morgan, who was born on July 2, 2013.

Morgan was married to his longtime high school sweetheart, Sabrina Morgan. They married in high school but he dropped out to take care of his father, who later died of AIDS in 1987, as a result of using dirty needles in his earlier days as an addict. Sabrina and Tracy divorced in 2009, after 23 years of marriage. During their marriage, they had three children together: Sons Gitrid, Malcolm, and Tracy Jr.

She Supported Morgan after His Accident

In 2014, Morgan was critically injured when a Wal-Mart truck hit his limo on a New Jersey turnpike.

“I got hit by a truck, it was a great story. So that’s what happened. I had a story to tell,” Morgan, 48, told People on Monday. “When anything ever badly happened to me I made it funny and I turned it good. This was a bad thing that happened to me. I wanted to tell my story, but I also want to continue my standup career because all the great things that ever happened to me in my life came through standup.” His wife Megan has been a pillar of support through the recent hard times Tracy Morgan has had to face. It was a long road to recovery, and Megan stood by her man every step of the way.

Although Morgan and Wollover were engaged in 2011, they didn’t get married until 2015. The couple were married in New Jersey, 14 months after Morgan’s tragic car accident.

“After almost losing Tracy last year, I am so grateful to finally be married to the love of my life,” Wollover told People. “We have been through so much and our love is stronger for it,” she added.

Morgan was determined to recover in time for his wedding, and after his crash, he made it his mission to walk down the aisle with his wife.

“I don’t want to walk my wife down the aisle with a cane or in a wheelchair,” said Morgan. “So I had to go hard with the therapy, I had to get better. There was no ifs, ands or buts about it.”

There’s no doubt she’s a beautiful woman, but for those looking for Megan Wollover’s hot pics, you won’t find them or any other posts under that name. She uses the name Megan Morgan now, and most of her posts on her Instagram are about her family, upcoming projects and events she attends.

Tracy Morgan is Back!

After all his hardships, Morgan is finally back to stand up and ready to share his gift of comedy with the world through his new Netflix series, Tracy Morgan: Staying Alive.

“I worked hard to come back,” he said to CNN. “I’m not talking about just standup, I’m talking about getting up out that wheelchair. To get up off that walker, I was working hard. I was working hard when I was in a coma. I have a young daughter, I have a wife and I got sons, I got to be here. I’m a fighter, and I fought. That’s what I did with this standup, I fought to do it right.”

Tracy Morgan: Staying Alive is available no on Netflix, so be sure to check it out!