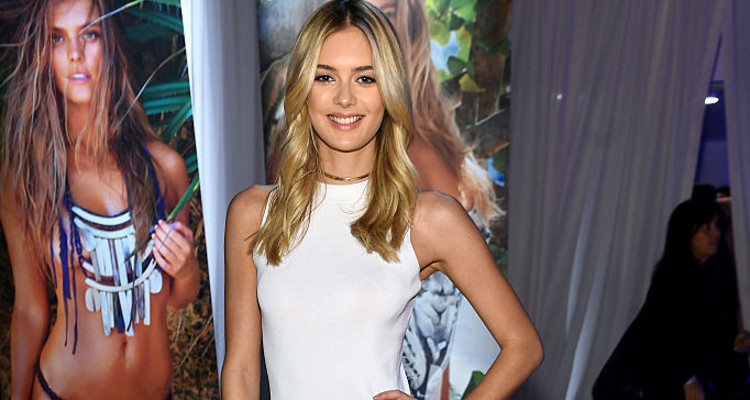 Megan Williams is the current Guess girl, who has worked for several brands and campaigns. But there is more to her than meets the eye. Here are some interesting facts from Megan Williams’ wiki.

The Victoria’s Secret Fashion Show 2016 conjures up images of glamorous lifestyles, stylish clothes, catwalks, designers, and makeup. What we don’t think about is the hard work that goes behind all of this. There is a lot of working out, getting the right pose, thousands of failed photographs, and sleepless nights.

Being a model is not an easy job. You need to watch your weight by dieting and counting the number of calories you consume every single day. It also involves constantly working out to stay in shape, and spending countless hours in multiple (sometimes repeated) poses and stances for photo shoots and ad campaigns.

Megan May Williams was born on January 3, 1994, in London, England, making Megan Williams’ age 22. She is an English model and currently is the face of the high-esteemed brand Guess. At the age of eight, Williams moved to Guernsey with her family. However, after few years she went back to England and studied at State Boarding School Gordon’s School in Surrey.

Megan Williams has been represented by several modeling agencies such as Women/360, Storm Management, City Models, View Management, Scoop Models, Louisa Models, and Women Direct. She has been a part of many fashion shows such as the Victoria’s Secret Fashion Show 2016, Cushnie et Ochs S/S 17 Show, and Ralph Lauren F/W 16 Show.

Her Journey to Becoming A Model

#Repost @victoriassecret with These beauties are almost runway ready! #VSFashionShow films today in Paris, and airs Dec. 5, 10/9c on @cbstv.