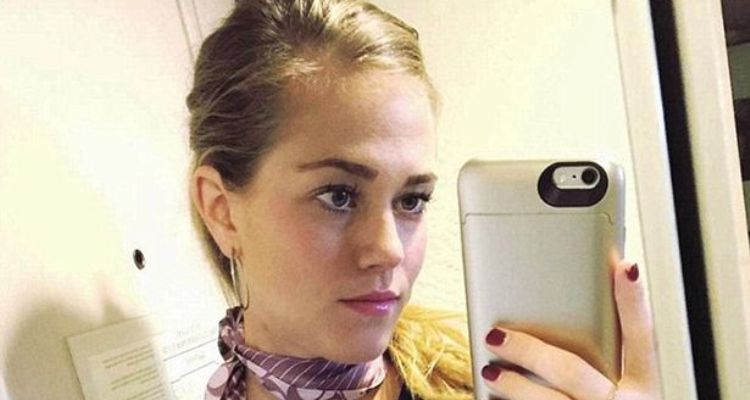 Harry, Harry, Harry. What a bad boy you’ve been. Or maybe a good boy depending on how you take this story of his ex-girlfriend, not ex-girlfriend that’s recently popped into the tabloids. So, just who is Megan Smith and why is she suddenly in the spotlight next to one of the more popular One Direction band members? Seems the entire world knows her name now, and we’re all over this short-lived romance.

Well, according to the Daily Mirror, the story supposedly goes like this: One Direction had hired some private air hostesses for their “On the Road Again” tour last year. One of those hostesses happened to be 24-year-old Megan Smith, to whom Harry reportedly took a liking.

Of course Mr. Styles has never had a problem with the ladies, so it was thought this would be just another fling for the curly-haired superstar. But things apparently started getting serious, and Harry was even referring to Smith as his girlfriend!

As the steam continued to build in their relationship, even after the tour had ended, rumors of their being together started going public. Harry is notoriously private, and figured he had better end it before things got too out of control in the media.

It was confirmed on Megan Smith’s Instagram that she was in fact on tour with 1D during that time. “I toured with the boys for three months. They were the absolute best,” she posted. She also declined any further comments regarding Harry saying, “I have nothing to say at this stage.”

This is all probably much ado about nothing, and sounds like just another day in the life of Harry Styles. But what’s makes this a touch more interesting is the rumor that details of their relationship may come out in later in book form. Harry certainly won’t be too happy about that, but we’ll have to wait for Megan to make the next move here.