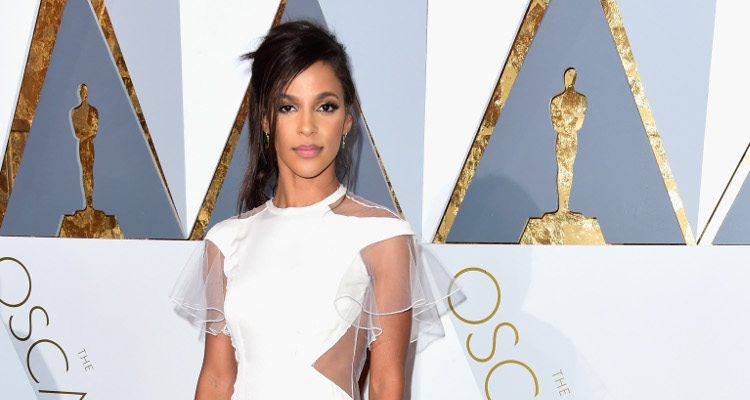 Chris Rock recently celebrated his birthday and fans are wondering if he’s still got a special someone to celebrate it with. Megalyn Echikunwoke has been Chris Rock’s girlfriend since 2016, and he is quite open about their union. Who is Megalyn Echikunwoke? We have all the details, right here!

Today, on Valentine’s Day, Chris Rock debuted his first Netflix TV show special. The deal was signed in 2016, and after a long wait, the special is set to air today. The show is titled Chris Rock: Tamborine, and it’s his first special since his 2008, Kill the Messenger. The program is expected to cover topics ranging from relationships to race.

In an interview from last year, Chris Rock spoke in detail about divorcing his wife of 18 years and confessed to being unfaithful in his marriage. He married Malaak Compton on November 23, 1996, but separated in 2014. Their divorce was finalized in 2016.

In an interview with Rolling Stone, Rock revealed that, after his divorce was finalized, he had to start over. “Getting divorced, you have to f*****g start over, you get to reset. It’s not a breakdown, but something in your life broke down,” he said.

He also admitted to cheating on his wife with three women, one of whom is said to be famous. Rock once said that he felt justified in his infidelity because he was the main income earner in the household. However, he now sees things a little differently saying, “That’s bulls**t, that actually goes the other way. My faults are magnified. Your significant other, if they really love you, has a high opinion of you. And you let them down.”

He added, “God forbid people are bugging her in the supermarket. That’s not cool. I’m going to have to see her at weddings and graduations.” While Rock put the blame on himself, he did not shy away from talking about the new girl in his life.

Megalyn Echikunwoke was born on May 28, 1983 in Spokane, Washington, which means her age is 34. Her father was Igbo Nigerian and her mother is of English and Scots-Irish descent. Echikunwoke is the granddaughter of a Nigerian tribal leader, making her African royalty. She also has a sister, Misty Echikunwoke, and a brother, Miki Echikunwoke.

Echikunwoke is known for her roles as Isabelle Tyler in The 4400, Mari McCabe in the Arrowverse, and Tara Price in CSI: Miami. Her career began in 1988 on the show, Creature. From there, she was in shows like The Steve Harvey Show, Spyder Games, Sheena, Buffy the Vampire Slayer, Supernatural, Made in Jersey, The Following, and as Simone Baptiste in Damien.

Megalyn Echikunwoke’s net worth is estimated to be $3.0 million, thanks to her hard work and brilliant acting over the years. With more roles lined up, her wealth will definitely increase.

Megalyn Echikunwoke and Chris Rock started dating in the early months of 2016. She was even spotted wearing what looked like an engagement ring, but was quick to shut down the rumors, adding that she does not believe in marriage.