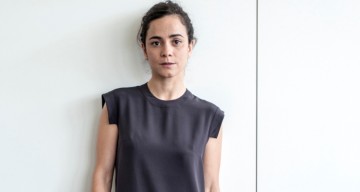 About Queen of the South

Queen of the South season 2016 (we assume season 2, if it gets one will be 2017) is based on a novel by Spanish author Arturo Pérez-Reverte called La Reina del Sur, which translates to—surprise!—“The Queen of the South.” Prior to this new show, the novel was inspiration for a popular telenovela produced by U.S. Spanish-language broadcast network, Telemundo. In fact, this new, English-based series is an adaptation of the telenovela rather than a direct, live-action version of the original book.

The story of La Reina del Sur is the story of Teresa Mendoza, the girlfriend of a drug trafficker who is forced to flee Mexico after her boyfriend is killed. Ending up in Spain, Teresa soon finds herself working her way up the ranks of a cartel until she has become a drug trafficker as well—and the most powerful one in the country.

The American Queen of the South season 1 will largely follow the above plot, though likely with a lot of details changed or added to stretch the story out across multiple seasons. Perhaps the biggest change is that Teresa doesn’t flee from Mexico to Spain, but instead finds her way to the United States (given its location relative to Mexico, wouldn’t that make her Queen of the North?). According to one member of the Queen of the South 2016 cast, who plays Teresa, her character will go on a, “different journey” than the Teresa of the novel, as will likely the rest of the Queen of the South 2016 cast, and that overall, “The book is very different from the series.”

Meet the Queen of the South Cast Members

So, who is playing Teresa Mendoza and shared this information? What about the other characters? Here are some details on the Queen of the South cast members:

The titular Queen of the South will be played by 33-year-old Alice Braga. Originally from Brazil, she is likely best remembered for her role in I Am Legend as Anna, the survivor that Will Smith had contact with. About playing Teresa, Braga said she “watched a bunch of documentaries about the powerful women of the cartel world” and that, given the changes between the original novel and American drama, the latter was “trying to honor Teresa Mendoza from the book.”

A native Mexican, Falcón has appeared mainly in Spanish TV shows and productions not only as an actress but also as a writer and choreographer. Her best-known role is the 2013 film Besos de Azúcar (translated as “Sugar Kisses”) and she’s sure to make a big splash with American audiences when Queen of the South premiers.

Pater Gadoit will be playing James Valdez, one of Teresa’s closest allies after her forced immigration to the U.S., and a new capo (Mafia captain). A Dutch-Mexican who was raised in the U.K., Gadoit is best known for playing Cyrus on Once Upon a Time in Wonderland.

Hemky Madera is familiar with playing a drug cartel member, having done so for 17 episodes of the Showtime series Weeds. Having appeared in numerous television programs in the Dominican Republic, he also has a strong background of stage performances and even some animated voice work.

Portugese actor Joaquim António Portugal Baptista de Almeida (who goes by Joaquim de Almeida) has a resume that spans several countries, with work on both stage and in over 90 films. His knowledge of six languages and experience as the main antagonist on the third season of 24 will surely help him play Queen of the South’s big bad: the don of the Sinaloa cartel.