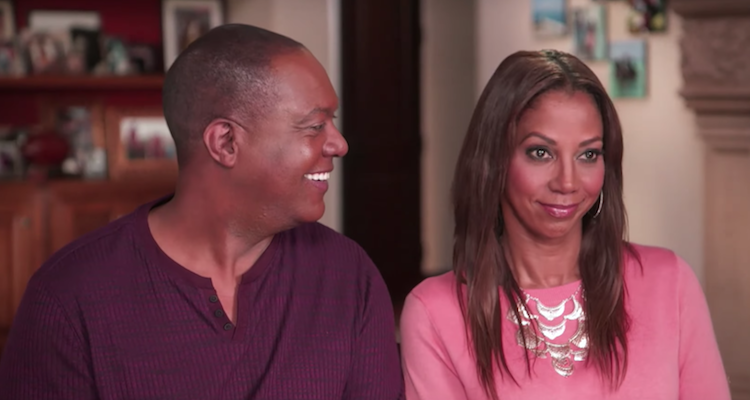 The cast of Meet the Peetes are excited for the primetime reality series to air, and so are their fans. Unlike most reality TV shows today, Meet the Peetes is wholesome and family-appropriate. The series follows the lives of actress and activist Holly Robinson Peete and Rodney Peete, her NFL star husband.

Michelle Vicary, executive vice president of programming and network publicity at Crown Media Family networks, expressed her joy about the show, “We couldn’t be happier to expand our relationship with Holly Robinson Peete and Rodney Peete, whose family values and generosity of spirit are a perfect fit for our network. We’re excited to move into primetime, unscripted programming and we know our viewers will embrace the Peetes’ story and fall in love with them as much as we have.”

The series will follow their hectic lives as they manage their careers and charity efforts, while raising their kids, and spending time with Holly’s mother Dolores. “My whole family and I couldn’t be more excited to collaborate with Hallmark Channel and everyone at Crown Media Family Networks,” says Holly Robinson Peete. “Hallmark Channel has always been the top destination for family-driven stories and we’re thrilled to share our next chapter with such an amazing partner.”

Their daughter Ryan is away, studying at New York University, while their autistic son RJ, who works for the Los Angeles Dodgers, is preparing to move out on his own. Dolores also plans to move out, marking a time of change for the family.

She and her husband formed the HollyRod Foundation in 1997, which was inspired by her father’s battle with Parkinson’s disease. The goal of the organization is to help improve the quality of life for people suffering with Parkinson’s. In 2005, after her son was diagnosed with autism, the foundation’s mission expanded to provide support and resources to those affected by autism. Through the foundation and personal experiences, Holly has become one of the most genuine advocated for consistent and reliable education, outreach, and support for both conditions.

Her efforts as a philanthropist have earned her many awards and honors including the following, as stated from her Hallmark biography: