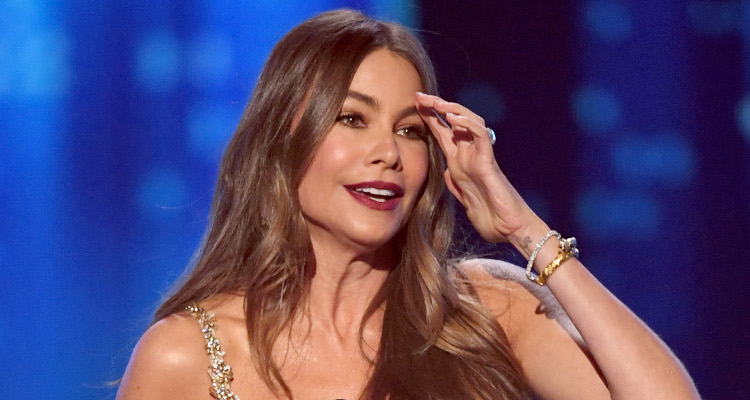 Modern Family is back with season 8 and it is premiering on Wednesday, September 21! The phenomenally successful family sitcom returns to television screens as part of ABC’s 2016 fall schedule. The hilarious Modern Family cast will grace the small screen again to entertain viewers with their comical antics, as they struggle to lead normal lives amidst the chaos that comes with raising children. Make sure you don’t miss this season premiere of the Emmy-winning series as it promises to be as funny as ever! You can watch Modern Family online or live stream Modern Family s08e01 on the official ABC website.

What new stories do Cam and Gloria have for us? (????: @jessetyler)

#1 Jay Pritchett (Ed O’Neil): The patriarch of the Pritchett family, Jay, is a self-made man who runs his own closet business. He retires and hands the reigns over to his daughter Claire, although he struggles with control issues. Jay is a no-nonsense guy, who frequently clashes with his outgoing Colombian wife over raising their two sons.

#2 Gloria Pritchett (Sofia Vergara): One of the most beloved characters of Modern Family, Gloria’s thick Colombian accent is a source of humor, as she mispronounces many common words. She is a kind and loving mother to both of her sons and keeps the entire family together. Gloria is known for her fun and extroverted personality, along with her impeccable fashion sense.

A family that fiestas together, stays together. (????: @sofiavergara)

#3 Claire Dunphy (Julie Bowen): A former wild child, Claire plays the role of a helicopter soccer mom to her three independent and free-spirited children. After she begins working, Claire initially struggles to maintain a work-life balance, often parenting her husband Phil, as well. She is an uptight perfectionist, but is a generous and caring mother who attends to the needs of her children, often at the cost of her own.

#4 Phil Dunphy (Ty Burrell): Claire’s husband of twenty years, Phil is almost like a child himself. A real-estate agent who moonlights as a magician, he often gets in trouble with Claire for his juvenile antics. He is a loving husband who dotes on his wife, and is constantly trying to find new ways to bond and spend more time with his children.

#5 Mitchell Pritchett (Jesse Tyler Fergusson): Being Claire’s brother, Mitch is sensitive and obsessive in nature, and worries about trivial matters. A lawyer by profession, he is happily married to Cameron and they raise their adoptive daughter Lily, with comical consequences. He keeps a low-profile, and is often embarrassed by his husband’s flamboyant personality.

#6 Cameron Tucker (Eric Stonestreet): Known for his big dramatic personality, Cam has juggled many professions over the years, being a clown, a coach, and a music teacher. He is a doting father to Lily and a caring husband to Mitch. Cam’s loud nature perfectly contrasts with Mitch, leading to recurring conflicts with hilarious outcomes.

Modern Family has an ensemble cast with three families (the Pritchett’s, the Tucker’s and the Dunphy’s) coming together to cause a comical commotion. Claire and Phil Dunphy’s children are Haley (Sarah Hyland), Alex (Ariel Winter) and Luke (Nolan Gould). While Haley is carefree and irresponsible, Alex is the genius middle child and Luke does his own thing. Jay and Gloria’s son, Manny (Rico Rodriguez) is mature and doles out advice to adults, while Joe is still a toddler. Last but not the least, is Mitch and Cam’s daughter Lily (Aubrey Anderson-Emmons), a tween who has a sarcastic and theatrical personality of her own.

Modern Family season 8 will showcase all the cast members entering a new phase of their lives. Claire takes over the reigns of the closet company from Jay, but will frequently be at odds with him over their mutual control issues. Gloria’s hot sauce business takes off, inspiring Haley to try her hand at entrepreneurship, as well. Manny and Luke enter their senior year of high school and begin considering colleges, while Alex hopes to find love at the college she’s attending. Mitch and Cam face new challenges with Lily, who is now entering the dreaded “tween years.”

Breakfast is better with the Dunphys! ????

Season 8 also promises an exciting new list of guest appearances, which includes Castle actor, Nathan Fillion and Saturday Night Live! star, Martin Short. Fillion will portray the role of a local weatherman named Rainer Shine, while Short will play a man who works with Phil to manufacture promotional items for the latter’s real-estate business. It definitely looks like Modern Family season 8 is back with a bang!

What you look like when you use VR versus how people react to you.