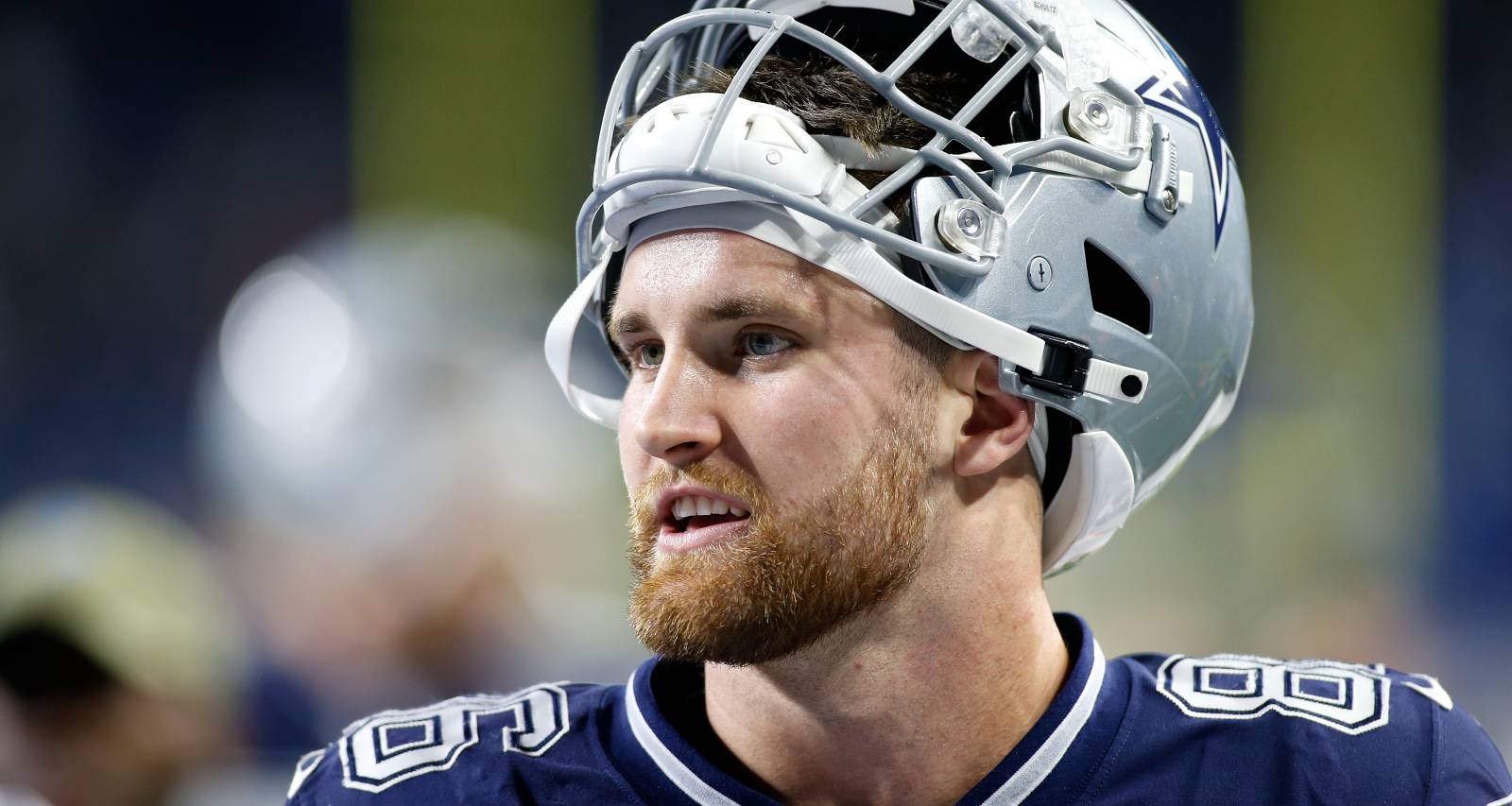 The Dallas Cowboys placed the franchise tag on tight end Dalton Schultz in March 2022. That means Dalton Schultz’s wife, Laurel Schultz, remains a Cowboys WAG for the near future. Their relationship precedes the footballer’s NFL career. While they both celebrated when Dalton was selected in the 2018 NFL Draft, parenthood quickly topped that as the happiest day of their relationship. Fans are always curious about who Dalton Schultz’s wife is. We deep dive into her background in this Laurel Schultz wiki.

Born Laurel Heinrich on August 12, 1997, she hails from San Francisco, California. Laurel, or Bug as her family affectionately nicknamed her, is one of four children born to Justin Heinrich Sr. and Bobbie Mays Heinrich. It appears her parents divorced and her father remarried Elizabeth Garland Heinrich, her stepmother.

Her father, Justin David “JD” Heinrich, passed away in August 2021. Besides his parents, wife, and siblings, he is survived by his children Laurel “Bug,” Justin Heinrich Jr “Bubba,” Lilly Heinrich “LG,” and Jaxsen Heinrich “Jack Jack,” as well as their respective partners and his grandchildren.

Laurel Schultz graduated from San Francisco State University in 2018 with a degree in political science and government. Prior to that, she worked a variety of odd jobs.

She spent her high school summers working as an office assistant at a local business. She also had a brief stint as a hostess at Midgley’s. While in college, Schultz was a cashier at a pizza place and a server at another restaurant.

Utah native and Stanford alum Dalton Schultz was selected by the Dallas Cowboys in the 2018 NFL Draft. Shortly after, the tight end had to leave one of his first practices as an NFL-er early when his girlfriend, Laurel Heinrich, gave birth to their first child together, a son they named Theodore James Schultz, on July 28, 2018.

Heinrich and Schultz tied the knot on the downlow on July 6, 2020. The following year, the couple welcomed their daughter, Savannah Chase Schultz, on February 23, 2021, after Laurel went through a 27-hour labor and unspecified complications.