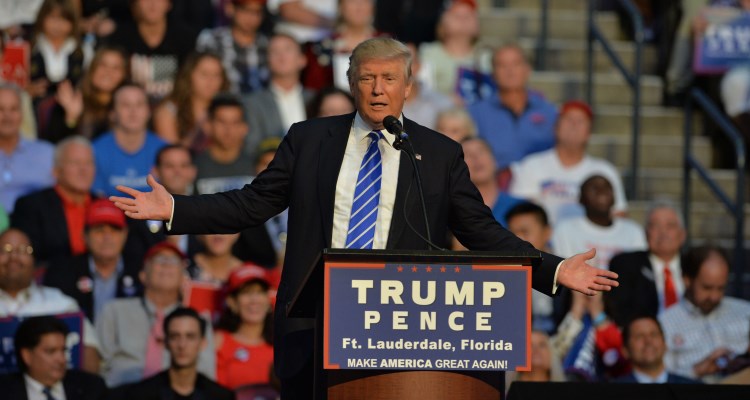 Donald Trump is making serious changes to his campaign’s leadership in an attempt to win over America’s women. According to NBC News, Trump’s campaign manager is now Kellyanne Conway. With a successful career outlined in her history, Trump believes she is the appropriate choice. How old is Kellyanne Conway, anyway? The 49-year-old pollster and Republican strategist is officially on the Trump team in hopes to “make America great again.” Here are five Kellyanne Conway photos you need to see.

A post shared by UltimateFashionChampionship (@ultimatefashionchampionship) on Jul 5, 2016 at 7:54pm PDT

Considering Donald Trump’s poor track record with American women, Trump may need a miracle to improve his standing. Conway could be the answer to his prayers. According to The Washington Post, she works by offering Trump a range of options for how he should respond to given scenarios, instead of simply telling him what to do.

Thrilled for the Opportunity

Kellyanne Conway was featured on Real Time with Bill Maher on June 14 to discuss her role as Trump’s new campaign manager. With the title of president and CEO of Polling Co. Inc / Woman Trend under her belt, she may very well be the right fit!

Not Afraid of Competition

[email protected] on @HillaryClinton: “She’s the second most popular person in a two-person household.” #KellyFile pic.twitter.com/Y2kKDQOYMm

A Fox News screen capture of Kellyanne Conway during a debate over new polling in the 2016 White House Race. It was captioned with a quote spoken by Conway about her competition, Hillary Clinton, stating, “She’s the second most popular person in a two-person household.” Ouch! She’s definitely not afraid to speak her mind.

A post shared by UltimateFashionChampionship (@ultimatefashionchampionship) on Jul 13, 2016 at 7:37pm PDT

At the Freedom Summit in 2015 in Greenville, South Carolina, Conway spoke to America’s largest community-based, anti-human trafficking event, taking a stand against injustice and promoting the value of human life.

“Some are calling it a ‘shake up’ and it really is not.” -Kellyanne Conway on her new role as Trump campaign manager pic.twitter.com/u2cqmZjDub

Kellyanne Conway is certainly shaking things up with her comments towards Trump’s presidential opponent, Hillary Clinton. She tweeted out, “We want to deny #HillaryClinton the Oval Office” earlier today!