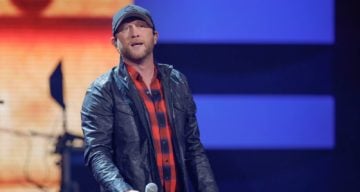 Cole Swindell’s latest album, Stereotype, is generating buzz before its release, and mostly because of Swindell’s beautiful muse. Courtney Little has popped up often on the country music star’s social media page since it was confirmed that she is Cole Swindell’s girlfriend. Their chemistry was palpable in Swindell’s 2021 music video, “Some Habits,” and that real-life romantic storyline seems to continue with Stereotype. The glimpses of their relationship on social media alone are driving Cole’s fans crazy, and they want to know more about who his girlfriend is. So we deep dive into this model and entrepreneur’s background in this Courtney Little wiki.

Courtney Little was born on August 29, 1998, and hails from Charlotte, North Carolina. She is one of two daughters born to Walter and Gail Little.

The family is well-known in their local community thanks to their girls, Courtney and Laura Little. The sisters are almost joined at the hip, following similar career paths and being equally active in philanthropy.

Former Miss North Carolina 2019 Laura might be recognizable as the wife of Jack Sock, the tennis pro with four major ATP titles under his belt, plus two medals in the Olympics.

Courtney and her sister Laura apparently wished to be professional partners from the time they were kids. And they’ve stayed on the goal very well.

Both Courtney and Laura were professional dancers for the NBA team the Charlotte Hornets and also modeled together. Both were signed under Jovani and featured in catalogs for prom and red carpet lines. They are also Monster Energy Girls together.

University of North Carolina at Charlotte alum Courtney’s claim to fame was being crowned Miss North Carolina Teen USA in 2017. During her reign, Laura and her parents were always by Courtney’s side supporting her platform.

They both also feature in multiple music videos. Courtney was in Luke Combs’ video for “One Number Away,” and Cole Swindell’s “Some Habits.”

Courtney and Laura fulfilled their childhood dream, launching their online fashion boutique in 2020. They run The Little Sisters Clothing Store, curated with pieces inspired by their own style.

After much speculation about his relationship status, Cole Swindell confirmed that he is off the market in September 2021. He made it Instagram official with his girlfriend, who many recognized as the stunner in his music video for “Some Habits.”

They didn’t meet while filming the video, as many assumed. In fact, they go way back to when Courtney Little was a Monster Energy Girl.

“We met several years ago actually. You know, I’m a big NASCAR fan and she works with Monster and you know we just kind of met and exchanged numbers and kept in touch over the years, but it never was anything just kind of friends, randomly saw her here and there, but the video kind of changed everything,” Swindell narrated on The Bobby Bones Show.

He cast Little in the music video and they counted the shooting as their first date, as it was the longest time they’d spent with each other. It’s no surprise why fans loved their chemistry in the video.