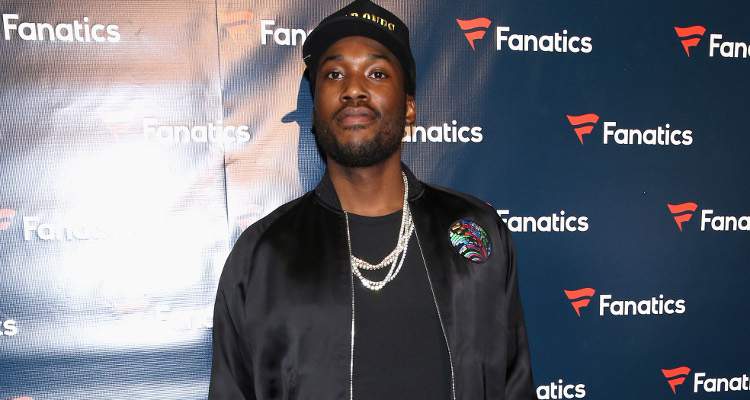 Rapper Meek Mill was sentenced to more jail time last November, and now he’s finally getting out! Fans, friends, family, and fellow celebrities continued to protest until his release, frustrated with the Pennsylvania justice system. With all of this time spent behind bars, the rapper’s net worth was in question. However, reports have estimated his net worth to be a whopping $9.0 million, which is a larger figure than even just last year! How has his net worth increased? Keep reading to find out!

Meek Mill’s net worth has increased thanks to success from his music. He has been in and out of jail since he was a teenager, and his former relationship with rapper Nicki Minaj helped make him an A-lister in the celebrity world. The rapper has continued to gain support from fans, his seven-year-old son Papi, and fellow celebrities. However, with his time spent out of the spotlight and behind bars, people are wondering how and why did his net worth increase? Here’s what is known about Mill’s rap career, his net worth, and his release from prison.

Born Robert Rihmeek Williams, Mill is 30 years old. He was born on May 6, 1987, in South Philadelphia, PA. He and his older sister Nasheema were raised by their mother, Kathy, since their father died when he was five, allegedly during an attempted robbery. Their family lived in poverty, and as a child, Mill was reportedly very introverted and shy. It wasn’t until his teens that he gained an interest in rap culture and started performing rap battles. He quickly made a name for himself but lost his life of freedom at the age of 18, when he was arrested on gun and drugs charges.

In 2003, he formed the group The Bloodhoundz with three of his friends, and they released four mix-tapes. It was this move that turned the heads of fellow rappers and major record companies. Before long, he was signed by T.I. to Grand Hustle Records, and went on tour. Unfortunately, Mill got in trouble with the police again and served more time in prison.

Arguably, his biggest career accomplishment was for his single “All Eyes on You” featuring Nicki Minaj and Chris Brown, which went double platinum and reached #5 on the U.S. Rap Chart.

Mill’s estimated $9.0 million net worth was gained from his music sales and some lucrative endorsement deals. Brands like Puma, Monster Energy, and Skull Candy, helped him rake in over a million dollars. In 2016, reports estimated he earned $1.6 million from album sales, and $650,000 from hit singles like “Tupac Black,” “Believe It,” and “Burn.” His controversial track “Amen” was also another reason for his success.

As for endorsements, Mill made $650,000 from a deal with famous lifestyle brand, Puma. He also continued to earn money from merchandise sales. Although his online brand offered products for sale under $30.00 U.S., he racked up a solid earning thanks to his loyal and supportive fans.

Aside from earnings from his music career, Mill is also known to have a variety of assets, purchased and given to him as gifts. In a YouTube video and a series of social media posts, Mill is seen showing off his $350,000 jewelry collection and gifts he received for his birthday. His collection includes a series of watches, such as a $68,000 Rolex. He is also the proud owner of a $540,000 Dreamchasers chain. Talk about bling bling!

Mill’s expensive car collection includes a $380,000 Bentley Bentaygas, an Ashton Martin Rapide, a Mercedes Maybach, a Bentley Mulsanne, and a Bentley Flying Spur. He also has several bikes to cruise around on now that he’s a free man!

For more than a decade, Mill spent an estimated $30.0 million on legal defense, disputing a variety of charges and petty parole violations. His first losses came immediately after his arrest in 2012. Since he was taken into custody, he lost out on several thousands of dollars that he spent on a private jet flight to Atlanta ($22,000) that he couldn’t take, and a gig he was supposed to play there, where he would have earned a reported $39,000. From his arrest, he also lost money in an endorsement deal with Puma, which was reduced from $2.0 million down to $650,000. The brand decided to lower their offer because of the negative publicity surrounding his arrest.

Mill also lost money from the inability to perform at concerts and money he committed to shell out each month for priorities he made in Los Angeles. A house that he and former girlfriend Nicki Minaj are leasing for $30,000 a month is off limits to him, adding to the waste of money he’s been dealing with. Mill was also losing $15,000 a week from booking a studio in L.A. that he was unable to use while he was in prison.

Last November, Mill was sentenced to two to four years in prison by Judge Genece Brinkley for violating his probation and has been residing at the State Correctional Institution in Chester, PA. It all started in 2008 when the rapper was convicted and arrested for possession of drugs and guns. He served a year, and was released in 2009, originally sentenced to probation for five years, but the period has continuously been extended. He has been on probation for over a decade! Many have been up in arms about this and believe that the Pennsylvania justice system is to blame. It has since sparked a huge criminal justice debate, with fellow celebrities voicing their opinions on Mill’s unfair treatment. In fact, rapper T.I. wasted no time starting a petition on Twitter and posting this controversial meme on Instagram, which garnered widespread attention to the case.

Sign the petition to overturn the blatant injustice on @Change #Justice4Meek https://t.co/RrM651vrXl ✊?✊?✊?✊?We wit u young King. Stay Up. This too shall pass. pic.twitter.com/APXMRoEZfZ

The Philadelphia district attorney’s office recently put its support behind a campaign to overturn his conviction, and protesters gathered together to rally during a hearing for the rapper on April 16, 2018. Fans have been fighting for the rapper’s freedom, saying he has served enough time, and that the justice system has been unfair to him. Fans also created #FreeMeek hashtags in online support. However, during Mill’s recent court date, Judge Brinkley declined to hear any arguments to release Mill on bail and scheduled his next hearing for June.

Thankfully for Mill, the Pennsylvania Supreme Court ordered an immediate release, directing the judge to let him go on “unsecured bail” on April 25.

An Increase in Net Worth—Even Behind Bars!

Either way, it seems the rapper has been doing well for himself despite all his time locked up! In fact, his net worth has increased by $3.0 million since last year, though some sites estimate his net worth as high as $9.0 million in 2018! He has managed to maintain a huge following, and perhaps even garnered more fans who may have been unaware of him prior to his incarceration. His case has birthed a huge debate and sparked interest in those who may have never heard of the rapper before. This is also why he may have seen an increase in record sales, even though he hasn’t released new music.

It has also been reported that Mill earned $0.19 cents per hour for happily working around the prison. He cleaned the cell block and prison grounds, and even washed dishes. He also cooked food and served it. According to the prison representative, he was a model inmate who received perks due to his good behavior, such as access to electrical and carpentry shops and some therapy courses.

Upon Mill’s recent release from prison, he expressed plans for his life ahead saying, “I plan to work closely with my legal team to overturn this unwarranted conviction and look forward to reuniting with my family and resuming my music career.”