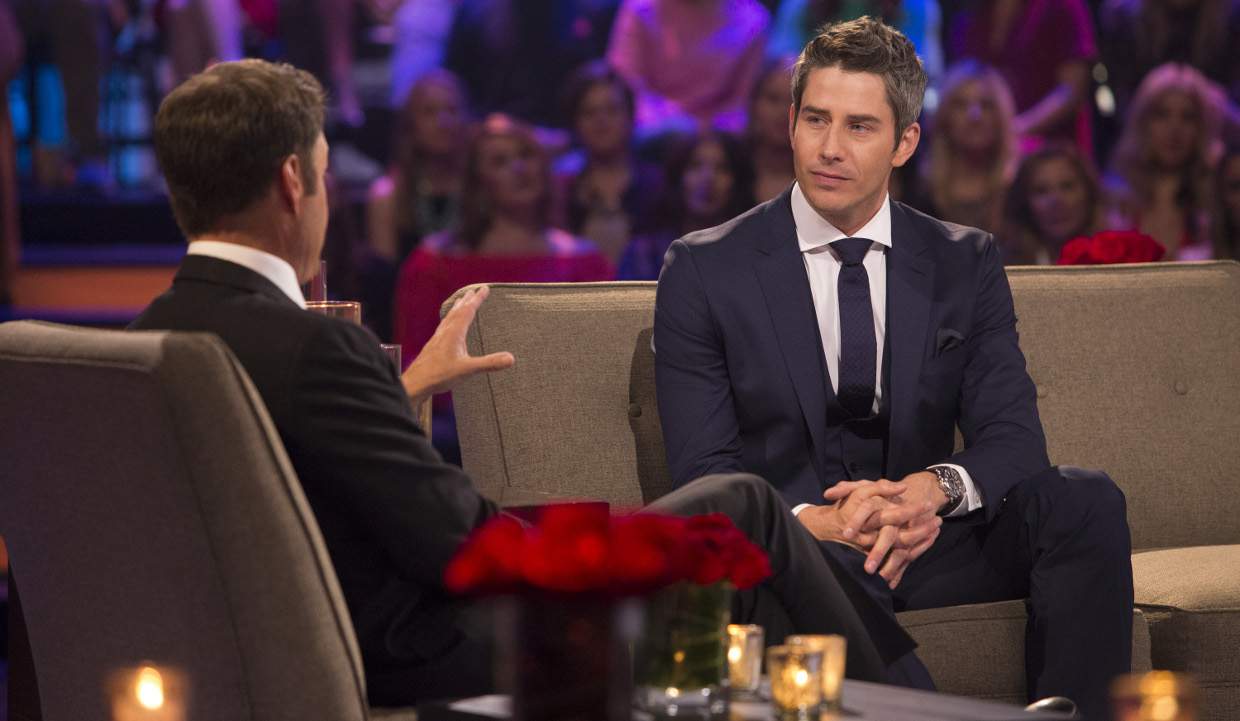 The Bachelor 2018 season finale was undoubtedly one of the most dramatic in the show’s history. Confusion ensued and tears were shed because Arie was unsure about his feelings. After choosing Becca and making the decision to propose to her, Arie decided that he wanted to spend the rest of his life with Lauren, instead. He earned severe backlash and was called a “wanker,” but many have no clue what that means! Find out why Arie was called a “wanker” and what’s the meaning behind the British slang word? Read on to find out!

March 5, 2018, was the season finale of The Bachelor, where Arie got down on one knee and asked Becca to marry him. However, Arie made a complete U-turn after the proposal, when he realized that he wanted to be with Lauren, instead. (Cue the angry Bachelor Nation mobs.)

Becca was obviously heartbroken when Arie broke the news to her—on national TV, no less. However, she gathered the courage to sit in front of host Chris Harrison last night during the “After the Final Rose” special.

The Bachelor contestant explained her side of the story and claimed that she had moved on. Arie also showed up during the second part of the two-night Bachelor finale. He ended his engagement with Becca on camera, even after the show’s filming wrapped up. (Fans were furious with him for it.)

On Tuesday’s “After the Final Rose” live reunion special, Becca was announced as the next season’s Bachelorette! Well, now she can finally get over Arie and choose a guy who won’t have second thoughts about her.

Becca said, “It was easy, too, honestly, once I got past the initial heartbreak. At the end of the day, the show is about finding love. That’s all I want to do. I have so much love to give. So hard yes, all-around. I want to be the best damn Bachelorette I can be.”

Much to Becca’s surprise, five contestants from the next season of The Bachelorette were introduced to her that very night! All five guys appreciated the fact that she handled things gracefully with Arie.

But one of the guys has already become a fan favorite after he uttered that six-letter word, “Wanker.” Could he really win Becca’s heart?

“Arie Is a Wanker”

In case you missed the episode, one of the future contestants, Lincoln, charmed his way into the hearts of fans with only one line.

Lincoln said, “I cannot speak for everybody but I can speak for myself and a few people here. Arie is a wanker.”

In his sweet British accent, Lincoln also said that he saw what she went through the previous night and was proud of the fact that she was able to put herself back out there. He also added that he couldn’t have asked for a better birthday present than having Becca as the new Bachelorette!

Arie suffered severe backlash on social media for his behavior. And Lincoln spoke for all of Bachelor Nation when he called Arie a “wanker” on live TV!

But if you are wondering what a “wanker” is, then keep reading.

Also Read: Arie on The Bachelor Broke Yet Another Person’s Heart

What Does the Word Mean?

The word “wanker” is a British slang that has a plethora of meanings. It could mean a person who is very pretentious or fake. It may also refer to an individual who is useless or inefficient in a workplace.

“Wanker” is a general term of abuse and is considered an offensive word. (It also literally means a person who masturbates!)

Arie’s decision to end his engagement with Becca and breaking her heart is what prompted Lincoln to call him a “wanker.” And though many didn’t even know what the word meant, they didn’t disagree!

We are definitely excited to watch the upcoming season of The Bachelorette. And, of course, we’re dying to meet the rest of the men who will be vying for Becca’s heart! Let’s just hope there aren’t any “wankers” in the bunch!