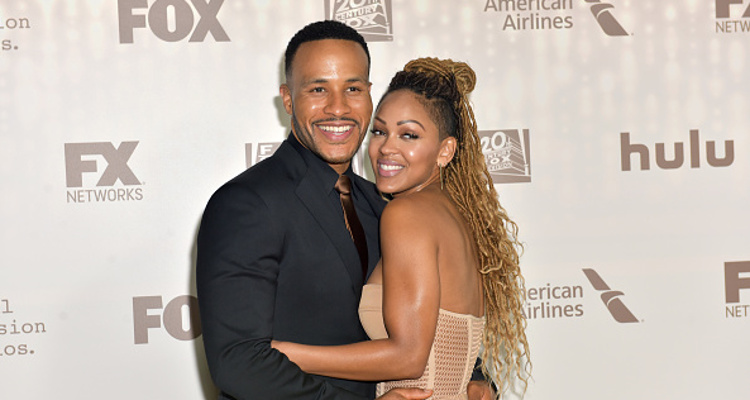 DeVon Franklin and Meagan Good are going to appear on Black Love along with Viola Davis and her husband. The couple is very influential, and their story will be aired in the documentary by Codie and Tommy Oliver. Find out everything you need to know about Meagan Good’s husband, right here.

DeVon Franklin and Meagan Good are a couple who are on a mission to inspire people and lead them on a better path of life. He is a preacher and writer and, though she wasn’t raised in the church, Good is a very spiritual person. Here are seven facts you need to know about DeVon Franklin and the power couple.

#1. He was Born in San Francisco

DeVon Franklin was born on April 13, 1978, in San Francisco, and was raised in Oakland, California. His family consisted of parents, Paulette and Donald Franklin, and brothers, Donald Ray and David Brandon. After his parents separated, his mom took the boys to live with their grandmother. Franklin’s father was only 36 when he passed away from a heart attack and growing up with three brothers, his mother, grandmother, and her seven sisters, Franklin says that he had a “coalition” of strong women guiding him.

#2. He Studied Theater and Movies as a Teen

After his father died, Franklin put himself into academics but soon realized that he was passionate about movies and theater. He began focusing on researching how movies are made, and worked to figure out how scenes were made and put together. He was highly inspired by The Cosby Show and The Color Purple.

At the tender age of 15, Franklin assisted his uncle at church and preached his first sermon. He graduated in 2000 from the University of Southern California with a business administration major and a minor in cinema/television. He is now a well-known preacher and motivational speaker with many books to add to his credentials. His combination of knowledge in ministry and entertainment has helped him put a different spin on love, faith, and success. He’s been on The Dr. Oz Show and he even made an appearance on Dr. Phil.

#4. He’s Worked with Some Big Names

While in college, DeVon Franklin had the opportunity to intern at Overbrook Entertainment and work for Will Smith and James Lassiter. Once he graduated, he found himself working at Overbrook as a full-time executive. After working there for a while, he found himself at one of the most prestigious organizations, Metro-Goldwyn-Mayer. He contributed in projects that involved John Travolta, and claims that his experience at MGM made him critically sound, and helped him understand a lot more —even though he was at the bottom of the corporate ladder.

His journey with MGM was short-lived because Sony Pictures Entertainment soon bought the company. But in the transition, they offered the 39-year-old the position of Director of Development at Sony’s Columbia Pictures.

#5. He Has His Own Entertainment Company

He started Franklin Entertainment in 2014, and is in the process of working with Sony Pictures Entertainment after signing a multi-year-first-look deal with 20th Century Fox. In 2016, they made the hit movie, Miracles from Heaven, which was based on a book written by Christy Beam. The movie has famous faces like Jennifer Garner, Queen Latifah, Kylie Rogers, and Martin Henderson. The film was nominated for several awards and won the Teen Choice Award for Choice Movie, Drama.

DeVon Franklin authored two best-sellers: Produced by Faith and The Wait. He has a book coming out on September 26, 2017, titled The Hollywood Commandments: A Spiritual Guide to Secular Success. DeVon Franklin’s Instagram is overflowing with motivational quotes and images, and he also promotes his books and movies.

#7. Meagan Good and DeVon Franklin Saved Themselves for Marriage

Meagan Good’s “goodness” has no measure, and she proved it when she revealed that she and DeVon Franklin were chaste before their wedding in 2012. They started dating in 2011, when he was at Columbia Pictures, and tied the knot on June 16, 2012, at the Triunfo Creek Winery in Malibu. DeVon Franklin’s net worth is estimated to be $10.0 million and Meagan Good is also valued at $10.0 million. The couple lives in L.A. now, and are all set to appear on Black Love, a documentary airing on OWN on August 29, 2017.

Hope everyone gets a chance to check out ???? @BlackLoveDoc this TUESDAY on @OWNtv! Create your own meme at www.blacklovedoc.com #owntv #blacklovedoc ????????????