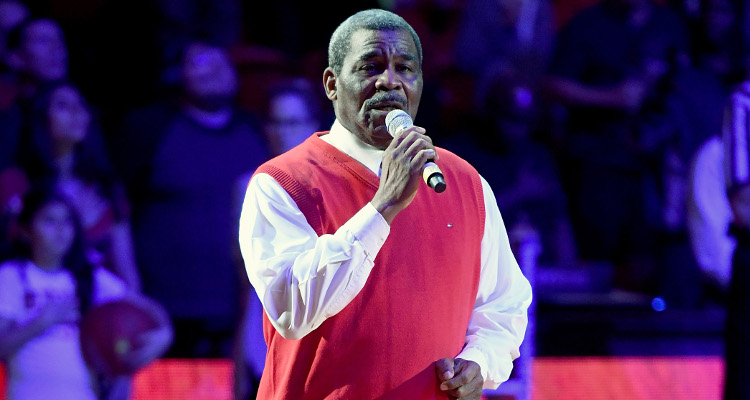 One of the most eagerly awaited events of the year is the Floyd Mayweather vs. Conor McGregor fight. Joining the two fighters in the ring will be Robert Byrd. If you want to know more about the referee, take a look at our Robert Byrd wiki.

Whoever wins the boxing match will take home just not praises but also a specially designed “Money” belt, which was revealed last Saturday at the KA Theatre in Las Vegas. According to sources, the belt has 3,360 diamonds, 300 emeralds, 600 sapphires, and is 1.5 kilograms of 24-karat solid gold!

Surprisingly, McGregor and Mayweather were on their best behavior at a recent low-key press conference. In fact, Mayweather even said, “Conor McGregor has had a hell of a career, he’s still got a hell of a career. He’s a hell of a fighter, he’s a stand-up guy, he’s a tough competitor. He’s a fighter. It’s going to be blood, sweat and tears on Saturday,” adding, “I’m pretty sure he has had a tremendous training camp. Now it comes down to the two competitors, going out there, displaying our skills and giving the fans what they want to see. The best fighting the best. He’s the best at what he does, I’m the best at what I do.” It looks like the two are saving the rest of their jabs for the ring!

The third man in the ring with McGregor and Mayweather, Robert Byrd’s age is 74 and he is a former California Highway Patrolman. He has experience refereeing about 682 fights, so he might be the perfect man for what is being dubbed the “Fight of the Century.” Byrd is known for maintaining a safe distance and uses his voice to command and to break the fight between the boxers.

It’s Not His First Match

This will not be the first time that Byrd will referee a Mayweather match. Four years ago, he was in the ring with Mayweather and Robert Guerrero. Robert Byrd was also a boxing judge and referee in California before moving to Nevada. He also refereed the Andre Ward vs. Sergey Kovalev match, as well as the fight between Canelo Alvarez and Miguel Cotto.

Byrd’s wife, Adalaide, is also a very famous boxing referee. She’s worked as an MMA referee since 2006, and was a judge for some prominent events like UFC 196 and UFC 202.

A referee’s job in the ring is very crucial. People have faith in Robert Byrd and are excited to see the outcome of the match. Do not miss out on the Conor Mcgregor vs. Floyd Mayweather fight this Saturday, August 26, at 11:00 p.m. EST.