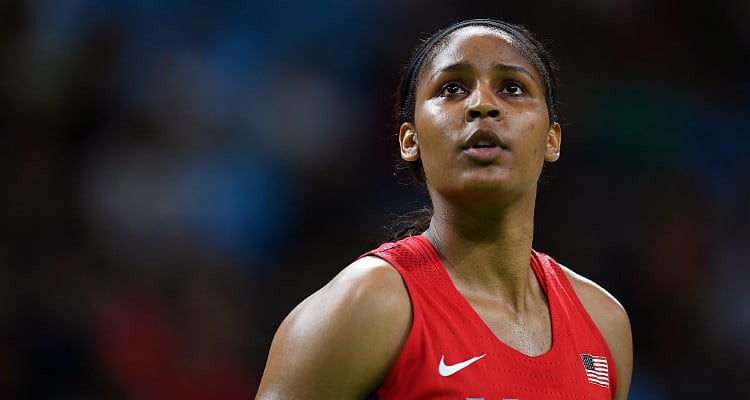 Maya Moore is one of the best basketball players in the world and is totally dedicated to her sport. She is not married but had to address to constant rumors like having a secret boyfriend, secret husband, and even that she is gay. Moore rarely speaks to the media but has made it clear that she is totally consumed by basketball and has no time for anything else.

Rumors of Maya Moore having a secret boyfriend and the ones of her being gay have been doing the rounds for a while now. Since she chose not to speak about these topics, people kept speculating until she addressed them. The professional basketball player for the Minnesota Lynx of the WNBA won the 2006 and 2007 Naismith Prep Player of the Year awards. The better she does on the court, the more people want to know about her personal life. Who is Maya Moore dating? Is Maya Moore married?We will share a breakdown of Maya Moore’s dating timeline right here.

In Love with Basketball

Moore usually makes headlines for her basketball skills, and everyone knows how dedicated to the sport she is. However, tired of all these rumors swirling around her, she decided to speak about her personal life. She made it clear that she was too busy with her career to think of dating or having a boyfriend. Basketball is a taxing sport and demands a lot from the player, and Moore is no average player. She is up there among the best basketball players in the world, and that doesn’t happen unless you work hard and are totally devoted to what you do. Moore has been keeping busy with her training schedules and games to have a personal life, according to her.

Moore has been winning games and scooping up awards for more than a decade now. She is a forward for the Minnesota Lynx and is known for her ability to steal the ball from her opponents. But the rumors don’t stop, and people alleged that Moore is not interested in finding a boyfriend because she is gay. This gained further traction when two of her teammates, Amber Harris and Jessica Adair, came out about their sexuality towards the end of 2012. However, Moore never commented on rumors about her sexuality.

Can't wait to get the ball rolling. The @JordanClassic is back for 2017. See y'all there! #NEXTvsNEXT

In 2015, there was speculation that Moore was secretly married and was hiding the identity of her “husband” from her fans. This could be what prompted her to speak up and clear the air to make it clear that she was not married, secretly or otherwise, and called this rumor nothing but meaningless gossip. There is no information about Maya Moore’s boyfriend in 2017, so she might be sticking to her word and focussing on her career.

Moore has not been romantically linked to a specific person. She has repeatedly said that basketball is the love of her life and she has no time for anything else, adding that her personal life is outside the purview of the media and she prefers to keep it that way. So Moore continues to give her all to basketball both on and off the court. She feels lucky to be in a position where she can play the sport she loves and help and inspire others, “I’m grateful to have the platform of an elite student-athlete and professional basketball player, and I want to do His will with my life.”