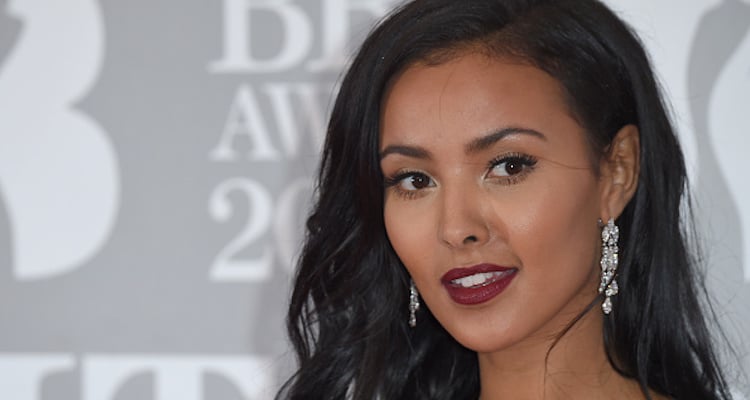 Who is Maya Jama? You may not have heard of her before, but that may change soon due to her boyfriend’s rise to fame. But whose girlfriend is she? She’s Stormzy’s girlfriend and they are starting to look like Hollywood’s next young power couple! If you want to know more about Maya Jama’s boyfriend, and details about the successful TV host, then have a look at our Maya Jama wiki!

Stormzy’s girlfriend is about to make headlines as the world gets to know her better, but to keep you ahead of the rest, we want to give you all the details we have managed to find on the media personality first. From interviewing celebrities to dinning with them, Maya jama’s story is like no other.

Maya Jama was born in England on August 14, 1994. And for those wondering, Maya Jama’s ethnicity is of Somali and Swedish descent.

If you’ve already had a chance to check out her official Maya Jama Instagram account, then have a look at Maya Jama’s Snapchat and Twitter profiles, as well. You won’t find much drama, but you will find good vibes and some of her work, giving you even more reasons to fall in love with her!

When you’re in the entertainment business, it’s not much of a surprise to fall in love with someone you would expect to interview, but it happens! Jama is one of the lucky few and she and English rapper, Stormzy (whose real name is Michael Omari) are practically joined at the hip! He’s been making headlines of his own lately, and like his girlfriend, he too is a rising star. His fame is already reaching the right people!

Stormzy, 23, performed alongside Ed Sheeran at the 2017 Brit Awards and is taking over! He grew up in Croydon, London and went to Harris Academy, South Norwood. He began rapping at the age of 11 and got his start the same way Justin Bieber, Shawn Mendes and so many others did—on YouTube. Before he got the chance to perform on stage and rub elbows with stars like Ed Sheeran, Stormzy left school at 17 and joined an engineering firm, while writing his songs on Post-It notes!

Shape Of You Remix with my brother @teddysphotos OUT NOW ????????❤️

Now, the young hit maker has won two MOBO Awards and is one of many artists to look out for this year. There’s even talks of him collaborating with “Roar” singer, Katy Perry! According to Daily Mail, Stormzy said they’re “flirting from a distance,” but they’re very interested in getting into the studio together. Can you imagine these two making great music together? We can’t wait!

And not only does Stormzy make good music, but he even dedicated a song to Jama, as well! The song was called “Blinded by Your Grace,” and he sang it to her on her 22nd birthday. Not a bad boyfriend to have, if you asked us!

Last year, she was named a Rising Star by Hello Magazine and has interviewed celebrities such as Alessia Cara, Little Mix, Sinead Harnett, and more. She has also worked with numerous brands such as H&M, ASOS, Sony, Adidas and more!

Asked the lovely lady who tidies my room to take my pics & she came throughh ???? mini balcony shoot ???????? @heritancehotelsandresorts VIEWS

There’s not telling where she will go next, but we can only assume she’s headed straight for the top, and by the looks of it, she and Stormzy are rising together! They’ve both had amazing careers so far and there’s no telling what’s coming next. So, don’t be surprised if you see them stealing all the attention on the next red carpet event!