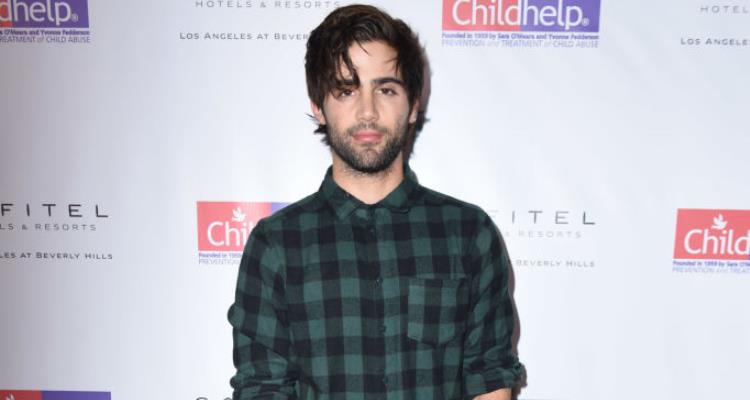 This fall, American actor, singer, and dancer, Max Ehrich called it quits with ex-girlfriend, Veronica Dunne and moved on to find new love. He’s now the boyfriend of Sommer Ray, an Instagram model, so check out our Max Ehrich wiki to learn more about the star and his new arm candy!

Sommer Ray and Max Ehrich, age 26, began dating at the end of summer 2017 and are likely still a couple as neither has stated otherwise on social media. In just two months after his breakup from his three-year relationship with Dunne, Ehrich moved on with Ray and the couple seem very happy together. A source said at the time that the relationship was “pretty new. They’re taking things one day at a time. They’ve been inseparable for the past two months.” Although details on how they met remain unclear, it seems the relationship is legitimate. Reports have also stated that actress Bella Thorne set the two up, while others say he and Thorne were a couple after his breakup with Dunne.

Not only have the couple gone on dates together, they’re also teaming up for work! Ray will be starring in Ehrich’s music video for his song “Can’t Forget Her Now,” and the actor is completely smitten with his new girl. She’s also a YouTube star with over one million followers. She recently shared a video of a new member of her family–a puppy! Check out the video below to see her vlog.

Ehrich was born in Marlboro, New Jersey, and is mostly known for his role in Under the Dome and The Path. He also acted in shows and movies like High School Musical 3: Senior Year, Ugly Betty, Shake it Up, Parenthood, The Young and the Restless, 100 Things to Do before High School, Embeds, and Sweet/Vicious. In the CBS Daytime soap opera, The Young and the Restless, he played Fenmore Baldwin and portrayed the computer hacker, Hunter May in Under the Dome. He currently works as an actor playing recovering drug addict, Freddie Ridge in The Path. The Path also stars Aaron Paul (Breaking Bad), Michelle Monaghan (True Detective), Hugh Dancy (Hannibal), and Minka Kelly (Friday Night Lights).

As with many of these young celebrities, they attempt to avoid the online rumors as much as possible. Ehrich seems to be focused on work and hasn’t been overly involved in social media lately. This has, unfortunately, led to more rumors about his whereabouts. One writer suggested that perhaps he is dealing with family issues or dating issues. According to the writer, Ehrich’s sexuality has been speculated upon since the start of his career. The source also suggests that perhaps Ehrich is dealing with some addictions to alcohol, medicines, or drugs. One photo on Max Ehrich’s Instagram shows him chain-smoking with a young woman, but it is not enough evidence to assume he is addicted to drugs.

As with most young stars, privacy is a luxury they can’t seem to get. But let’s hope as he grows in his career, he will be better able to avoid the rumors and social media gossip. For more pics of Max Ehrich, check out his Instagram account: @maxehrich.