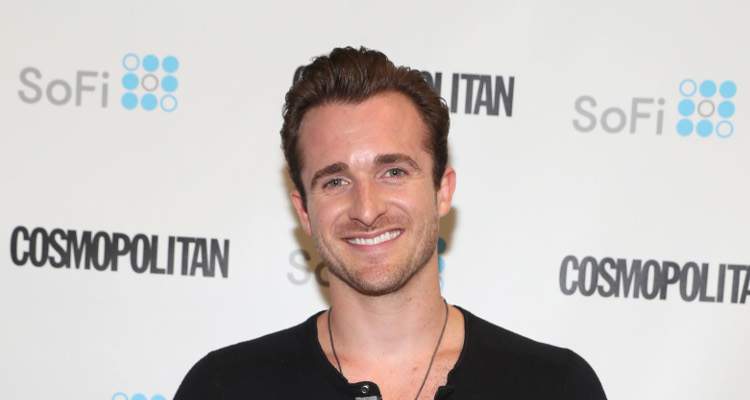 Ever since Camila Cabello was photographed with a certain handsome hunk in Mexico, everybody wanted to know more about him. The man who is rumored to be Cabello’s new boyfriend is dating and relationship expert, Matthew Hussey. He is a New York Times bestselling author and columnist for Cosmopolitan magazine.

It sure looks like there is a hot new couple in town! Camila Cabello and Matthew Hussey were seen having fun on the beach in Cabo San Lucas, Mexico, on February 9, 2018.

The paparazzi clicked some photos, where Hussey is seen wrapping his arms around Cabello from behind as she holds his hand. In another pic, the couple are passionately kissing. Here are a few details from Matthew Hussey’s wiki.

Who Is That Man?

So, who is this new man in Cabello’s life? According to sources, he is a former television personality, “human dynamics” coach, and New York Times bestselling author. The British life coach is constantly sought out for his advice and holds in-person events.

Age Is Just a Number

Born on June 19, 1987, in England, Matthew Hussey’s age is 30. This makes him almost 10 years older than the “Havana” singer! As long as they’re both consenting adults, age is just a number, baby!

It is not known when the two started dating, but from their pictures in Mexico, it looks like they are very comfortable together. After all, in January 2018, Cabello told Beats 1 radio host, Zane Low that there was “maybe” a new man in her life, adding, “Now it’s a lot of loving.”

It sure is! And nobody knows more about love than the handsome and dashing Hussey, who dishes out dating and relationship advice as a career!

Back in 2013, Hussey was a matchmaker on NBC’s Ready for Love, a reality matchmaking competition series that aired for a few weeks before it was taken off the air. Hussey helped find suitable women for three bachelors on the show.

A Writer and a Gentleman

Hussey is a writer as well, and his book, Get the Guy: Learn Secrets of the Male Mind to Find the Man You Want and the Love You Deserve, climbed up the New York Times bestseller list when it was released.

He is also a regular columnist for Cosmopolitan, where he advises eager readers about what guys are looking for. He provides tips for successful dating as well as how to handle complex relationships.

A Passion for Helping People

Matthew Hussey’s Instagram account reflects his passion for helping people handle their personal relationships. It also has a lot of pics of Hussey, who comes across as earnest, sincere, passionate, and of course, very handsome!

There are photos of him at his seminars and in more intimate settings as well, with quotes like: “Two things that can destroy any relationship: Unrealistic expectations and poor communication.”

Right now, Hussey and Cabello are enjoying each other’s company and do not seem to care who’s watching. They are young, free, and without a care in the world—and with her career in a good place, it’s nice to see she’s loving life on the personal front, too.

The future looks bright for these two!