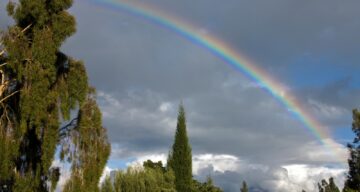 Matthew Hidalgo started his career while bringing weather updates to Billings residents. But now, the meteorologist is stepping away from KTVQ Q2 News for a new opportunity. A KTVQ-TV team member announced that Matthew Hidalgo is leaving KTVQ in November 2022. This led to residents asking questions about where the meteorologist was going and if they would see him in broadcasting again. They especially want to know whether he will remain in Montana. So we reveal the details about the meteorologist’s departure.

Matthew Hidalgo was born and raised in Allentown, Pennsylvania. He has been a weather enthusiast since a young age. Consequently, he earned a BS in Meteorology from the Millersville University of Pennsylvania in 2021.

Hidalgo is a sports fan, too, and he grew up playing all kinds of sports. But tennis and ice hockey are his favorites. So, he played tennis throughout his collegiate year. Additionally, he worked as an assistant tennis professional at Lehigh Country Club for three years.

After graduating, he began his career in Billings, Montana with KTVQ Q2 News as a weekend meteorologist. Although he had never traveled west of the Mississippi River, he quickly got connected to the new region and people.

Billings residents had many questions when they learned Matthew Hidalgo is leaving KTVQ Q2 News. Jackie Coffin, a news anchor at Q2 News, shared a post announcing the meteorologist’s departure from the station.

She said, “A bittersweet goodbye to my dear Matt Hidalgo! So excited to see what the future holds for such a talented meteorologist and an all-around good guy. I hope the chicken nuggets are as good in Texas! Meteorologist Matt Hidalgo Q2 News.”

Coffin didn’t say where he was going next but hinted about Texas. Moreover, Matthew Hidalgo hasn’t made an announcement yet, so keep your eyes peeled on his social media for further updates.