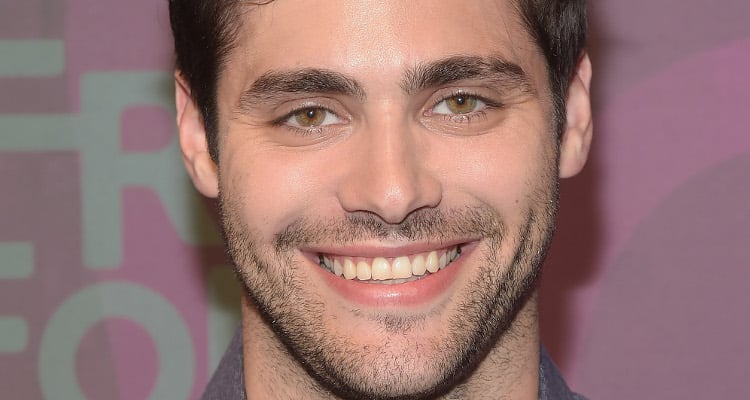 Freeform’s fantasy show, Shadowhunters introduced us to the charming and handsome, Matthew Daddario. On the show, Daddario plays Alec Lightwood, who dates a warlock named Magnus Bane (Harry Shum Jr.). His character has earned him a lot of fans, many of whom are wondering if Matthew Daddario is gay. If you want details about Matthew Daddario’s girlfriend or boyfriend, then take a look at his dating timeline.

With the popularity of Shadowhunters, people have been wanting more information on Matthew Daddario. More specifically, they want to now if he is gay or straight, and whether or not there is a special someone in his life. This is not the first time Daddario has played a gay character. In 2013’s Delivery Man, he plays Channing, who is openly gay and seen kissing multiple men in a montage.

The 29-year-old actor has been dating someone for a few years now. If you take a look at his Instagram account, you will know what we are talking about. We have more details about the actor as well as his girlfriend right here.

He Comes from A Prominent Family

Daddario was born on October 1, 1987, in New York City. His mother, Christina, is a lawyer while his father, Richard, is a prosecutor and former head of the NYPD counterterrorism unit. Daddario’s older sister, Alexandra, is also an actress and his paternal grandfather, Emilio Q. Daddario was a Democratic representative to the United States House of Representatives for the state of Connecticut.

Some rocks and dirt.

Throughout his career, Daddario has worked in several films such as The Debut, Breathe In, 36 Saints, Delivery Man, When the Game Stands Tall, Naomi and Ely’s No Kiss List, Cabin Fever, and The Last Hunt. He currently stars in the hit TV show Shadowhunters.

Who is Matthew Daddario Dating?

Matthew Daddario and Esther Kim have been dating since 2013. The two are clearly madly in love with each other as they are constantly posting about their relationship on their respective social media accounts.

Not much is known about the gorgeous Esther Kim. However, her Instagram is filled with awesome pictures of her traveling, with her family, and of course with Matthew Daddario. Her Instagram account has over 63k followers, and her Twitter account currently has over 11.4k followers. Though she is doing a good job of keeping her personal life away from the media, taking a look at her social media feeds makes it clear that she loves spending time outdoors and is typically with her friends.

We only know, from reports, that the two have been together since 2013, and are doing a great job in keeping their lives away from the public eye. But that does not stop him from flaunting his beautiful girlfriend on social media. The pictures they post give us all major relationship goals. Everyone needs someone in their lives who looks at them the way Daddario looks at Kim!