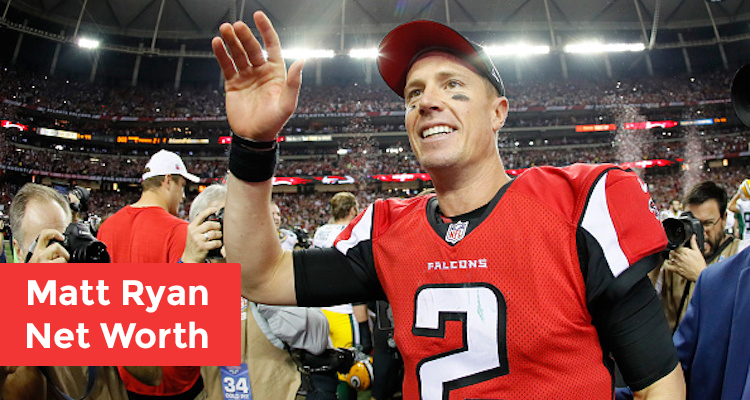 The moment every sports fan is waiting for is almost here and all eyes are on the Atlanta Falcons’ quarterback, Matt Ryan. How much is Matt Ryan worth? With Super Bowl LI coming up in a couple weeks, fans want to know more about Matt Ryan’s net worth and just how much he’s paid to toss a football. Believe it or not, Matt Ryan’s net worth is $85.0 million and we have the breakdown of how the quarterback made his millions!

With Super Bowl 51 almost here, fans have already bought their tickets, made their signs, and booked their seats at the best sports bars in town. It’s safe to say that Super Bowl LI is going to be a highly-anticipated night and there’s a reason it’s the biggest night in American football. Even if you’re not into football, there’s still something to draw you in. Spectacles, such as Lady Gaga’s half-time show and the Super Bowl commercials, also draw in millions of viewers from both the United States and Canada. We wouldn’t be surprised if most sports bars have bigger turn outs than President Trump’s inauguration!

Matthew Thomas Ryan was born on May 17, 1985 in Exton, Pennsylvania to Bernice and Michael (Mike) Ryan. Matt is the third of four siblings and he and his family are Roman Catholics of Irish descent. Matt attended William Penn Charter School in Philadelphia, Pennsylvania, where he got his first real taste of a football career and the recognition to follow.

“He was a tall quarterback playing in a little, virtually unknown Philadelphia league,” Mike Ryan said in a New York Times interview. “But the colleges did find him — Iowa, Boston College, Georgia Tech were interested.”

Against all odds, Matt found his way to Boston College, where he began his football career and his eventual path to the Atlanta Falcons. Growing up, Matt gained the nickname “Matty Ice.” 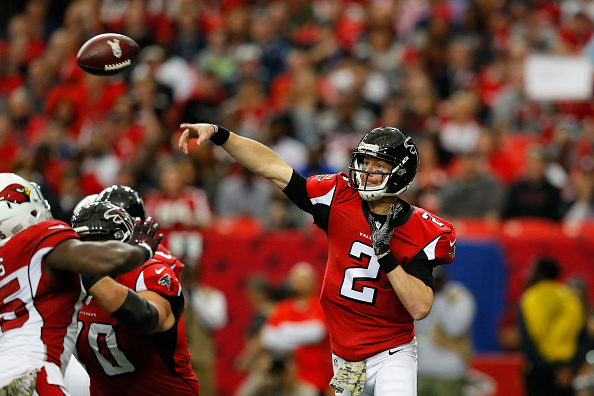 Matt attended Boston College in 2003 and before the 2004 season, he was starting quarterback for the college, due to an injury to another player. He completed his first touchdown in 2004, against Temple University.

What is Matt Ryan’s Salary?

Matt joined the Atlanta Falcons in 2008 and managed to bring the team as far as the Falcons’ second shot at the Super Bowl. The New England Patriots are going for their ninth run (a record in the NFL), with quarterback Tom Brady leading the charge. But how much does Matt Ryan make a year? It’s no surprise fans are asking, since the topic of money is always involved when it comes to celebrities. Fans are always interested in how much football players make, how much their worth is, and who’s making more than the other. 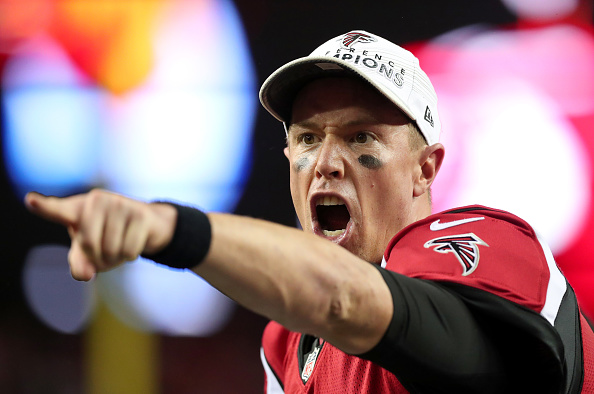 So, just how much money does Matt Ryan make a year? The star quarterback didn’t grow up with the wealth he has now, but he’s definitely doing well for himself. In an interview with the New York Times, Matt’s father commented on just how far his son has come in the league.

“Matt went from having to call home for gas money to getting a contract worth $50 or $70 million,” he said. “The NFL is a crazy business, and Matt is just laying low. It’s not that he’s boring — it’s peace and contentment in a world where other people’s heads are spinning.”

That was before—and last year, Matt signed a five-year, $103.75 million contract with the Atlanta Falcons that came with a $28.0 million signing bonus and a $12.0 million option bonus, paid in March. The lucrative deal made him the league’s top-paid player over the last year. Matt also pads his pockets with nearly $2.0 million a year in endorsement deals from memorabilia, appearances and sponsors like Nike, Comcast, and Liquid Nutrition. (It’s safe to say that the Falcons’ quarterback can more than afford his own gas money now!)

Now that Matt has more than enough money, fans have always wondered where the famous quarterback lives. Matt enjoys his privacy and stays out of the spotlight when he’s off the field, so it’s no surprise that his home address isn’t splashed all over the Internet. It’s true, Matt does live in Duluth, Georgia, but his exact location isn’t known to anyone outside his inner circle. The former Boston College quarterback reportedly bought a two-storey home for $874,000, complete with six bedrooms, six bathrooms, media room, gym, and library.

In 2011, Matt married his biggest cheerleader, Sarah Ryan (née Marshall), whom he met at Boston College. She’s originally from Maine and was a basketball star in college. Now, she works as a sponsorship sales consultant for the WNBA’s Atlanta Dream.

“Sarah has played women’s basketball at an elite level. She has a true passion for the game and knowledge of everything that goes into it,” Ashley Preisinger, then-CEO of the Atlanta Dream said in a statement on the WNBA’s web site at the time. 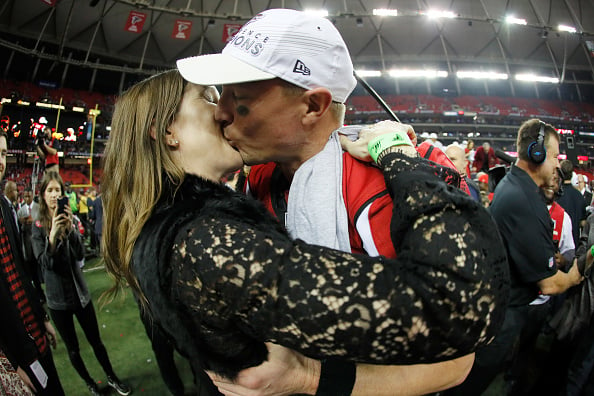 On Sunday February 5, the Atlanta Falcons will go up against the new England Patriots at the NRG Stadium in Houston, Texas. This is Matt’s first Super Bowl and Tom Brady’s seventh, so the pressure is on for both the Falcons and the Patriots. Matt plans on winning Sunday’s Super Bowl LI, and is optimistic of his chances. He doesn’t take anything for granted and even though the Falcons are coming off of their recent victory against the Green Bay Packers, they’re journey isn’t over yet. The Patriots have a far better winning record, but come Sunday, anything’s possible.