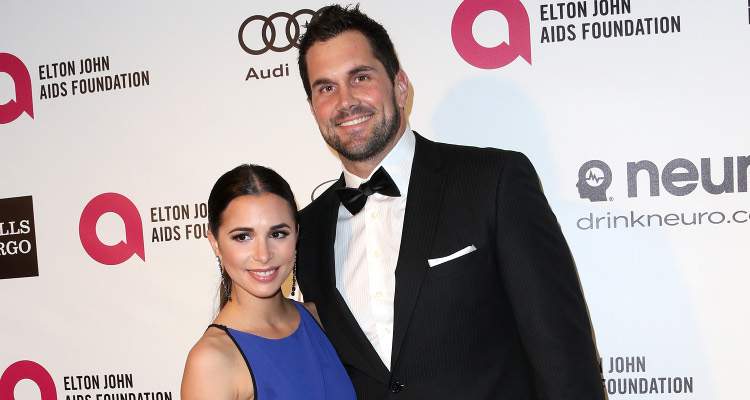 NFL quarterback-turned-Fox Sports analyst, Matt Leinart went off the market when he got engaged. The former pro’s fiancée, Josie Loren has her own association with sports on TV.

Josie Loren dealt with some cutthroat competition on Make it or Break It, but on the romantic front, she totally made it! The starlet is engaged to her football beau, Matt Leinart. The quarterback left his NFL career behind for the booth at Fox Sports. Now, he’s engaged to the actress who once dated a saxophonist, and proclaimed her type to be a smart, funny, and nerdy guy. Find out about Matt Leinart’s fiancée in Josie Loren’s wiki right here.

She Was a Good Student

Loren was born in Miami, Florida and is of Cuban descent. Her mother, Mercy Lopez, was a teacher at a local middle school. She has a sister, Jessica and two brothers, Asís and Javier, who works as a commercial litigator in Miami.

She is a self-admitted nerd who loves school and was a model student, “I was a very good student. Procrastinating gives me anxiety and getting a B really ticked me off. Sure, I didn’t always want to do my homework, but I actually really liked school.”

She was your typical musical theater kid who hung out with the drama crowd in high school. She was always singing or dancing in the halls with her friends.

Meet the newest member of the Leinart household! Reese! She was one of the dogs Linda left behind when she passed, and became a little much for @mattleinartqb's dad to handle so now she's part of the family! Now I'm not the only girl ?

The Latin stunner attended high school at New World School of the Arts in Miami where she studied stage acting. After graduating, she studied mass media communication with a minor in Spanish in college.

Given her love for the performing arts, it’s no surprise that one of Loren’s summer jobs included teaching theater, “I was a drama teacher at a camp twice, a marketing intern at the Jackie Gleason Theatre, and an intern for Ocean Drive magazine.” Of course, her favorite was teaching drama.

Despite her acting leanings, Loren, like most of us, was confused about her career choice. She said she changed her career goals several times from a dermatologist, to veterinarian, and even a journalist. Though she loved acting, “I never ever dreamed I could make a career out of it!” She certainly proved herself wrong.

She Was a Cheerleader

Before graduating high school, Loren was an all-star cheerleader for a Miami team called Top Gun All Stars. The former cheerleader recalled a crazy thing she did to impress a guy once —and it sounds painful!

“I had the biggest crush on one of my teammates’ brothers,” she narrated, “I was a great tumbler, so when he showed up at practice one day, I tried to impress him but I ended up landing on my face! When I got off the ground, I had rug burn on my nose. I was in tears because it hurt so bad!”

Woke up this morning (with a headache) thinking last night was a dream but my left hand told me it was real…yep, I get to spend the rest of my life with my best friend. I'll love you forever @mattleinartqb #engaged

She Debuted on Hannah Montana

One of Loren’s earliest acting roles was on the Disney Channel mega-hit, Hannah Montana which gave the world Miley Cyrus. Remember the iconic episode in season 1 where Miley gets jealous of Jake’s pretend girlfriend, Holly? Guess who plays her!

She soon built her resumé with shows like Medium and Drake & Josh. She returned to Disney for an episode of Cory in the House. After a stint on The Bill Engvall Show, she starred in a comedy short, Hardly Married.

Happy #nationalgymnasticsday from your favorite posers ?

She snagged a role alongside Zac Efron, Matthew Perry, and Michelle Trachtenberg in 17 Again which boosted her popularity. She went on to star in the Disney TV movie, Hatching Pete in 2009.

That same year, she got her big break on the ABC Family series, Make it or Break It. She played Kaylie Cruz, one of four young gymnasts with their sights set on Olympic gold. After the show wrapped up, she was cast as a series regular in final season of The Mentalist.

The 30-year-old hasn’t been seen on our TV screens for a while, but she keeps us posted about her whereabouts on Instagram. She particularly loves gushing about her fiancé and spends time with Leinart’s son from a previous relationship.

Happy birthday buddy! I didn't know when your dad walked into my life that id be getting a bonus blessing, but you make life complete. I love u!