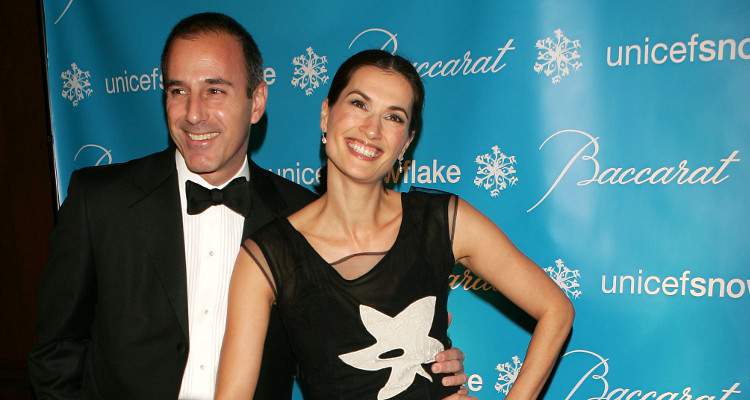 The entertainment, news, and political sectors are perhaps going through a long-overdue cleanup, and Matt Lauer is the latest powerbroker ousted for sexual misconduct. After NBC fired the popular news anchor, Matt Lauer is focusing on his family.

Matt Lauer is the latest well-known face who is facing allegations of sexual misconduct. Several accusers who remain anonymous have come forward against the former Today show host claiming inappropriate behavior at the workplace. After NBC fired him, the veteran anchor has gone under the radar. It came as a shocker to even his own co-hosts. With a net worth of approximately $80.0 million and an annual paycheck of roughly $28.0 million, NBC’s crown jewel could easily be the highest paid anchor. After his firing, he’s reportedly turned to family and will be prioritizing his wife and kids for now. Find out more about Matt Lauer’s wife and children, right here.

#1 His Wife Almost Left Him

After his divorce from television producer Nancy Alspaugh in 1988 and a brief engagement to Kristen Gesswein in 1996, the celebrated news anchor met Annette Roque, a Dutch model whose resume boasted ad campaigns for J.Crew. Stylist Maria Santoro set them up on a blind date in 1998, and five months later, they were engaged.

Also Read: Did Matt Lauer and Natalie Morales Have an Affair?

While everything looked rosy in the beginning, cracks in their marriage began to show. When she was pregnant with their third child, Roque filed for divorce in 2006. The court documents revealed shocking details.

However, in a puzzling turn of events, Roque withdrew her request for the divorce and reconciled with Lauer in less than a month of filing! The couple has been together since then.

#2 He’s Close to His Eldest Son

Lauer and Roque’s first child, a boy they named Jack, was born in 2001. The anchor has a special bond with his oldest child who is now 16 years old. According to reports, after his 20-year career was terminated, Lauer went to his son to explain what happened.

He reportedly drove to Jack’s school outside New York City to have a man-to-man talk about his scandal. “Matt’s first thought was that he needed to explain this to his son Jack in person, as it would be far more painful for him to read about it in the press and online. Matt drove out to Jack’s prep school this morning,” said a source close to Lauer.

Not long ago, Lauer described on Today having an awkward conversation about the birds and the bees with Jack last year. “I tried to have ‘the talk’ in the car. I don’t remember exactly what prompted it, but [my wife] Annette and I talked about it that I needed to have the talk,” recalled Lauer. “So I had this car ride and … I said, ‘Jack, you know, I do have to…’ and he looked at me and said, ‘Not happening. I’m not gonna have this talk. I know, I know everything, you don’t have to do that,’” he added.

#3 His Family Lives in the Hamptons

While Lauer’s work was based in New York City, his family stayed in the Hamptons in a mansion the wealthy anchor purchased from Richard Gere for $36.5 million. They have two other children, daughter Romy who is 14 and the youngest son Thijs, 11, who was born after his mother withdrew her divorce filing.

The couple goes above and beyond to keep their kids’ lives private. But only few details are known about the Lauer children. Roque used to be a competitive horseback rider, and her daughter has also taken to the sport. Roque and Lauer even bought and run an equestrian facility called Bright Side Farm.

Since his termination, Lauer and Roque haven’t commented on the allegations. He has opted to focus on his family for now.