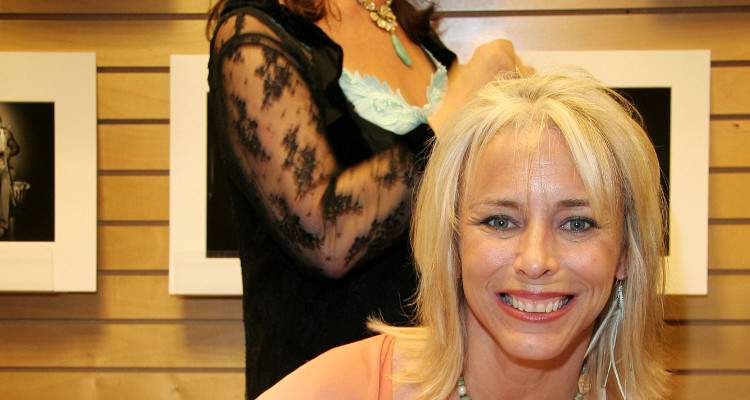 Nancy Alspaugh was married to former NBC host Matt Lauer for seven years, but the couple split in 1988. She is an award-winning screenwriter and TV producer who won accolades for her work. She has an adopted son, Wyatt who suffers from autism, and helps raise awareness for the disorder.

Former Today show co-host Matt Lauer fired by NBC on Wednesday, November 29, 2017, for alleged sexually inappropriate behavior with a co-worker. As a result, the spotlight fell on Lauer’s professional and personal lives. People are curious to find out more about Matt Lauer’s first wife. Nancy Alspaugh and Matt Lauer were married from 1981 to 1988 before going their separate ways. We have some details from Nancy Alspaugh’s wiki right here.

Alspaugh is a producer and screenwriter best known for her work on Leeza Gibbon’s show Leeza. Thanks to her work, she was nominated for five Daytime Emmy Awards, including Outstanding Talk Show in 1995 and 1996, as well as Outstanding Special Class Writing in 1997. She was nominated for Outstanding Talk Show in 1994 for her work on Vicki!. As a producer, she received accolades and recognition for her work on The Bradshaw Difference and Caryl & Marilyn: Real Friends. According to her website, “she has been honored with the United Press International Award, the Associated Press Award, the Gabriel Award, the Genesis Award, as well as having been named one of the Hollywood Reporters ‘Women to Watch.'”

Not Afraid of Aging

Alspaugh also found fame as a writer. Along with successful ghostwriter Marilyn Kentz, she wrote books like Not Your Mother’s Midwife: A Ten-Step Guide to Fearless Aging, and Fearless Women: Midlife Journeys. Both books are the foundation of what she calls the “Fearless Aging” movement, which aims to pave the way for women to deal with aging the right way, and celebrate the later years of life.

Some years after her split with Lauer, she met and married Fox executive H. Read Jackson, who was a former producer for ABC World News Tonight and 60 Minutes before becoming an executive at Fox Sports Net. Unfortunately, their union did not last as Jackson was diagnosed with cancer and was in assisted living before his death on January 25, 2016.

While married, Alspaugh and Jackson adopted a boy named Wyatt. He was three years old when he was diagnosed with autism. After the diagnosis, Alspaugh plunged into helping families try to find resources and treatment for their autistic relatives. She became the executive director of Autism Care and Treatment Today! (ACT Today!) and, in the last five years, raised more than $5.0 million. She also launched ACT Today! For Military Families, the first national campaign for military children with autism.

She gives people glimpses into her work and life through social media. Nancy Alspaugh’s Instagram account is full of pictures of her family, son, friends, those she helps with ACT Today!, pet horses, and art. She grew up with a younger brother who had Down syndrome, so understands how to take care of someone with special needs. With her passion for helping people, her determination to make things better, and her sharp intellect, Nancy Alspaugh is making our world a better place!