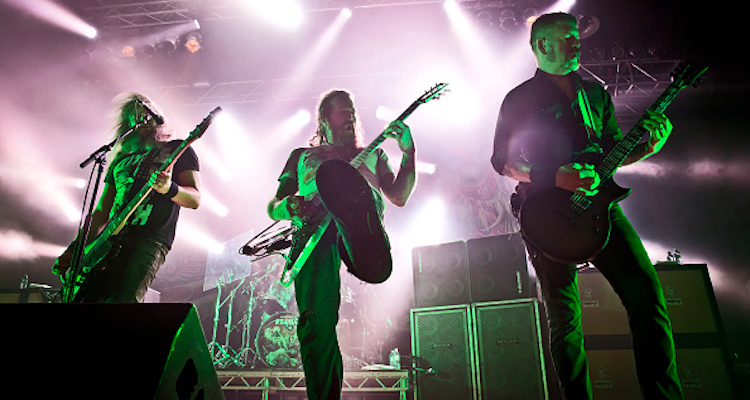 If you’ve been wondering where Mastodon’s new album in 2017 is, then you’re not alone. Is Mastodon’s upcoming album for 2017 ready, like it was supposed to be? We have what you need right here on all things concerning Mastodon’s new songs, 2017’s latest surprise.

Unless you’re a fan, there’s a very good chance you’ve never even heard of the hit rock band. But loyal fans, on the other hand, have been waiting patiently for Mastodon’s new songs and Mastodon’s new album to arrive.

When is the New Album Being Released?

According to a 2016 Livewire interview, Mastodon’s guitarist, Bill Kelliher expressed his hope to release the rock band’s seventh LP in early 2017. (Well, guess what? It’s early 2017 and fans would like their new album, please.) Last June, the band’s guitarist and vocalist, Brent Hinds said that he wrote an entire Mastodon album by himself, at the same time of the Once More ‘Round the Sun sessions. The other members of Mastodon have also written full-length albums, so fans were hoping to get both at the same time, this year.

At the time of the 2016 Reading Festival, Kelliher gave up some information about the new Mastodon album during an interview.

“In the past six months, I’ve built a studio in my basement, where I can sit down there and really write and concentrate, so I feel like out of the eleven or twelve songs that we’ve got demoed with vocals and a lot of lyrics, but not… The lyrics are always the last thing to shape up together,” said Kelliher. “I think we’re pretty close. I think it’s not gonna take very long to get in the studio and knock it out. Hopefully [it will be] an early 2017 release,” said Kelliher.

The album reunites the Atlanta quartet with their producer, Brendan O’Brien, who helmed a month’s worth of sessions at the Quarry in Kennesaw, Georgia, which was followed by two weeks of mixing at Henson Studios in Los Angeles. There’s no official word as of yet on the new album’s release date, but fans could expect a surprise LP online very soon!

The new album will have a heavy and dark tone to it, dealing with the concept of cancer and death. According to Rolling Stone, Mastodon’s new album will match the emotional depth of their previous album, 2014’s Once More ‘Round the Sun.

The protagonist within the album’s lyrics is sentenced to death by a desert ruler and then wanders the wilderness—a metaphor for illness and destruction.

“At the end of the story, the person simultaneously dies and is saved,” said drummer-lyricist-singer, Brann Dailor. “It’s about going through cancer, going through chemotherapy and all the things associated with that. I didn’t want to be literal about it. But it’s all in there. You can read between the lines,” he adds.

“Time is a very big theme of the album,” Dailor told Rolling Stone. “How much time do we have left? What are we doing with our time?”

How much time you have left is always a common question when dealing with cancer—it’s impossible not to. The best albums are the ones that come from experience and most times, the darkest experiences do better. Not because people are naturally twisted, but because it allows the listener to relate to the artist. It’s less misery loves company and more sympathy and empathy, which this world is in short supply of lately.

This year is going to be a fruitful one for the music industry. Many artists from all genres are either rumored to be working on something, or actually are working on something new for their fans. The surprise album drop has changed the tradition of releasing music. There’s no more announcement or expectation—it’s all about the shock value and fans both love and hate it!